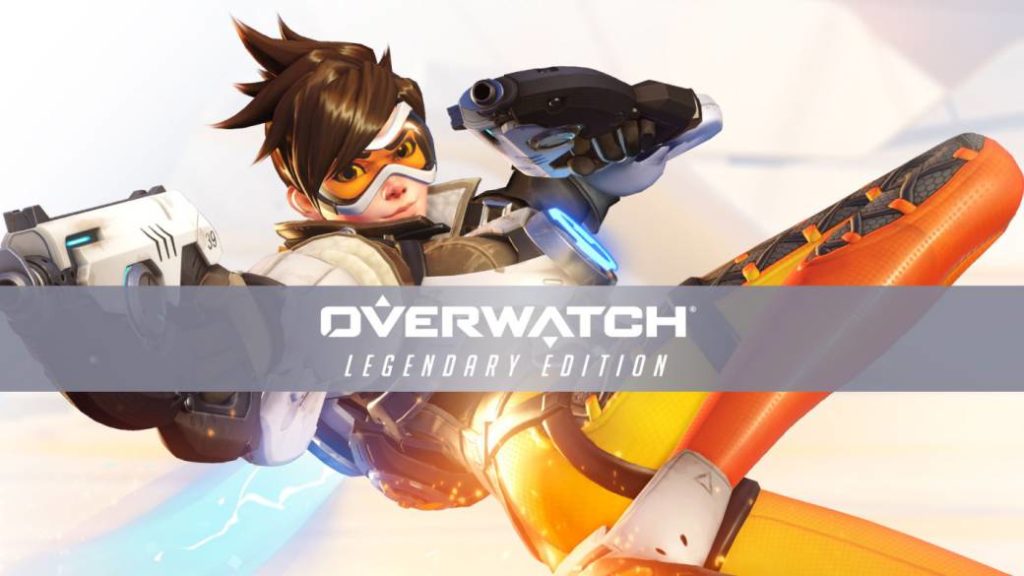 It has been more than three years since Overwatch went on sale and became the reference Hero Shooter. Blizzard's bet to get into this service games had an undeniable impact and reaped great success in the number of players and media attention. But the FPS path of the company that created games like Diablo, Starcraft or Hearthstone seems to have been exhausted somewhat sooner than expected. Some debatable decisions and a meta-game that he did not quite convince have moved him away from the focus he had during his first months. Now, at the gates of knowing whether or not Overwatch 2 exists, a first installment arrives on Nintendo Switch that, of course, does not achieve the levels of excellence of its other versions.

And is that Overwatch, by its nature, already has a difficult switch on Switch. On the one hand, we have its only online component that no longer matches the nature of Nintendo's hybrid console and its freedom of movement to play wherever we want. But in the same way that other games of the same nature such as Fortnite and Warframe have their place in Switch, an Overwatch that shows two faces looks for it: one is the merit of having the game as it is on other platforms but in portable format . The other is that this merit does not mean that it is an identical experience. 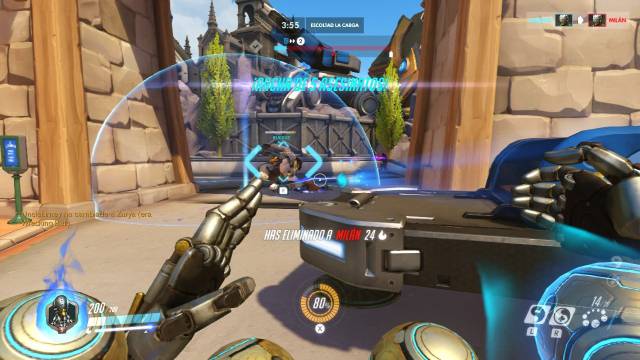 If we focus on the strengths of this version, who wants to know what is going on Overwatch already has our original Reviews, we are above all the fact that there are no cuts in modes or options: we have the game as is elsewhere . This means that in addition to being able to play fast and competitive games with their modes, we have all the available heroes of the game – including the last ones to arrive as Ashe, Sigma or Wrecking Ball. When the game receives a balance patch, Switch receives it at the same time. And of course all the available maps have been added and the modalities of the moment are counted: the arcade mode with Junkenstein's revenge as outstanding, three-on-three games or all against all with relays, mysterious heroes, classic games, etc. There is no shortage, of course, the season skins as is the case of this time of Halloween.

So yes, Overwatch offers the same on paper as on PC, PS4 and Xbox One. The development of competitive games follows the same known path, with games based on objectives ranging from attacking or defending bases, controlling and advancing charges or fight to get a specific area of ​​the map between two teams of six players each. The grace and the initial impulse of Overwatch was in its heroes, distributed by type tank, of support or DPS. The development of the game, yes, has made Blizzard take various measures, such as forcing teams to have 2-2-2 of each, because the goal had been developed towards very fixed teams of three tanks and three support characters. This, known as Goats, left the question of the balance of the game in which no dps was necessary to dominate the games. So the decision taken, at the moment, is that the teams are necessarily divided with two heroes of each. 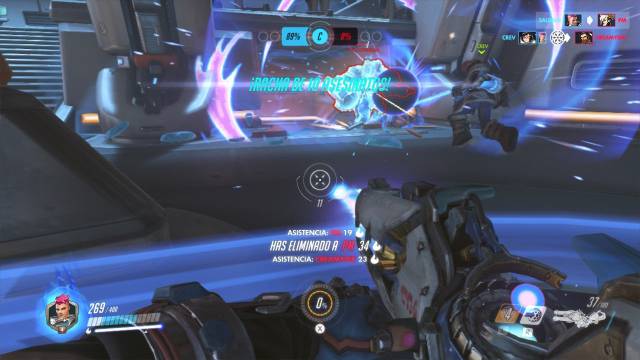 The 30 fps of Switch

The Switch experience will be reduced by the 30 frames per second to which the game is locked on the console, and that directly collide with the 60fps of rigor. If one already sees differences between PCs and desktop consoles, it is still greater in the case of Switch. Our first games with Tracer – yes, we had the bad luck of infatuating her at the beginning of the game in 2016 – they already left us upset because the agility and speed of movements did not correspond to what was expected. This, coupled with some framerate drops and a much simpler and simplistic visual finish in details, already makes clear the difference between versions. Although it is also true that we have become accustomed to the laptop and who wants to enjoy it festively, has an alternative. In dock, as it yields and looks, it is simply not a recommended version being elsewhere.

During our games we were able to verify that the sticks of the joy-con still do not have the desired precision, something that weighs and much in characters that demand precision such as McCree and Widomaker. It is true that the addition of gyros is a success and helps to better profile our precise shots, as in Splatoon 2, but the use of a control like the Pro ends up being the best option. 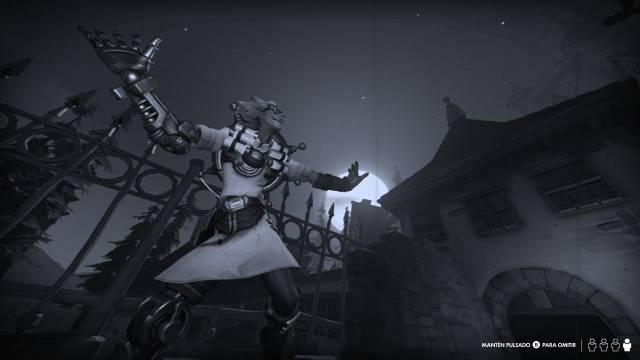 The first week of the game has been very nostalgic for those of us who have played Overwatch for many hours. Seeing teams with Bastion and Soldier 76 or D.VAs shooting from afar evokes those first months of play. We only lacked the typical friend who told us that he took Lucio "because he killed a lot" to have a deja vú that luckily, he went to a better life as the community deepened in the game. After a period of adaptation we have been able to make and see interesting games with good synergies between teams where Orisa, Reaper, Sigma, Baptiste, Zarya and Ana among others dominate the goal at the goal level, also in Switch.

Because at the end of the day, the game can be enjoyed if our intention is not to want to be competitive, but to enjoy fun. There Overwatch on Switch complies, because among other things, the netcode is more than competent and once we have found a game, it has remained without problems or falls. In addition, in a short time you are playing with some ease (although if you only want to play DPS you will have to wait a little longer). A good product aligned with something that does not fail: the sound section maintains the type with the soundtrack, the effects and the voices (in Spanish an additional download is necessary) that we already knew in the original game.

Overwatch comes with technical limitations to Switch, becoming a version clearly inferior to those we already knew. The merit of being able to port the game to the Nintendo platform is evident, and it comes with all the content and updates of the other versions. That means all the heroes, maps, modes and what not to expect in updates: what is announced for Overwatch also means on Switch. Unfortunately, all this ends up diminished because the playable experience is not the same. The 30 frames per second clearly ballast the playable development that we know of other platforms, the precision of the joy-cons is not the best for a large part of the squad of heroes and at a technical level it is lackluster, especially in dock. In short, Overwatch on Switch transfers the experience of the Hero Shooter to the Nintendo laptop but does so with playable sacrifices that do not go unnoticed. A recommended version only if you have no option to access any of the other platforms where it is available.