You are here: Home / News / Paper Mario: The Origami King displays its humor in its launch trailer 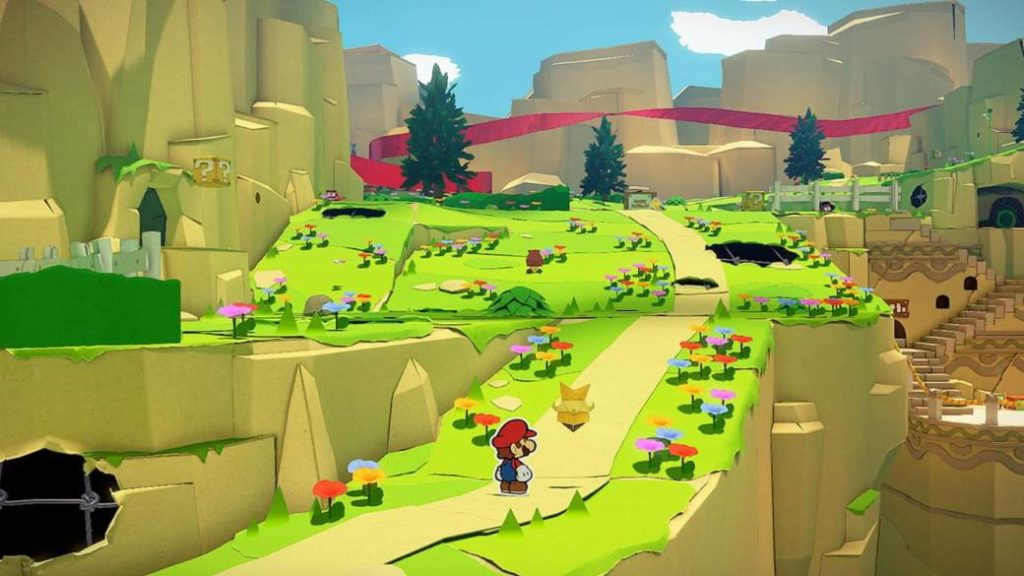 The new Nintendo Switch exclusive returns us to the finest Mario, the paper Mario, who must face new dangers.

There is no one to save Mario from calamities. The former plumber is more dedicated to saving the Mushroom Kingdom than cleaning the pipes of dirt. Or maybe it’s the other way around: it leaves the pipes gleaming because it is dedicated to eliminating the monsters that are hidden inside. In Paper Mario: The Origami King, playing with water could cost him dearly, as the mustached hero has returned to one of his recurring forms, that of paper. Thinner than ever, Mario will have to face the darkness that hangs over the kingdom. To celebrate the start of the adventure, Nintendo has uploaded the launch trailer.

Like many of Mario’s adventures and misadventures, this story begins with Princess Peach, who has been acting strangely for a while. Puzzled, the Italian enters the royal castle with the intention of exchanging a few words, but finds that the princess activates a mechanism that opens the ground and throws the plumber through a hole. Then you will learn that King Olly has become the monarch of the Origami Kingdom, not because no one has put him in that position, but because he has decided to proclaim himself absolute sovereign.

To commemorate this week’s release of #PaperMario: The Origami King, take a look at these origami creations of characters from the game! pic.twitter.com/FfeZaNcVdg

Wrapped in colorful streamers, Peach Castle has been transposed into a lost mountain. As if that were not enough, Bowser’s minions are now Olly’s vassals. Bowser is not amused at having lost his power. So, even for once, the enemy of your enemy is your friend. The Machiavellian reptile seals an alliance with Mario and sets out to recover what is his. Along the way, the Italian will meet all kinds of friends, including a new character known as Olivia. Together, they must solve the problems and end the tyranny once and for all. Will they succeed? It all depends on your combat ability, which has a puzzle mechanic.