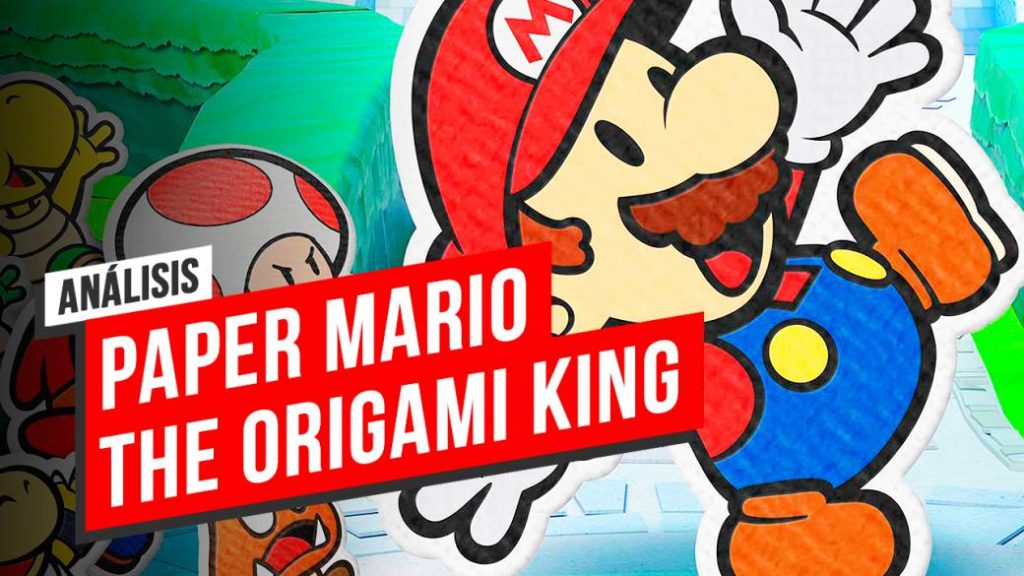 Video Reviews and gameplay of the new king of origami for Nintendo Switch. On sale July 17.

Paper Mario returns through the front door. The one that is surely one of the most beloved subseries of Nintendo had deliveries in low hours, with experiments that did not go entirely well and were far from the greatness that characterized the works of Nintendo 64 and GameCube. Now, the hybrid console receives a title that is not only one of the greats in the series, but also consolidates its position among the maximum references of a console whose catalog of quality exclusives is beginning to be very numerous. We’re in luck: Paper Mario: The Origami King is the triumphant return we’ve been waiting for.

Let’s leave something from the beginning: it is not an RPG; It is not an RPG nor is there an experience upload system. Intelligent Systems has wanted to make an adventure, above all, with a dose of superlative exploration through different open and interconnected worlds. Starting from Villa Toad, we will have access to half a dozen worlds with their own environments, ecosystems, setting, unique characters, stories and mechanics. It is a box of surprises constantly and that, in a game of more than thirty hours, is greatly appreciated.

But let’s start at the beginning, what’s going on here? The reason for being of this trip is not complex, designed to be easy to understand in all kinds of audiences and with a sense of humor that is not ashamed of being extravagant, but is proud of it. It waves the flag of irreverence and makes it its own so that everything goes. Broadly speaking, this guy with pronounced bangs and the face of few friends, King Olly, has kidnapped Princess Peach and transformed her into origami. I am not short on that, the castle itself has been torn off, it has been taken away by you, you know where, and it has protected it with enormous streamers. Our role? Easy: break all the streamers, liberate the castle and, finally, recover the aforementioned always accompanied by Olivia, who is sometimes a bit heavy, let it be said.

Welcome to our video Reviews: