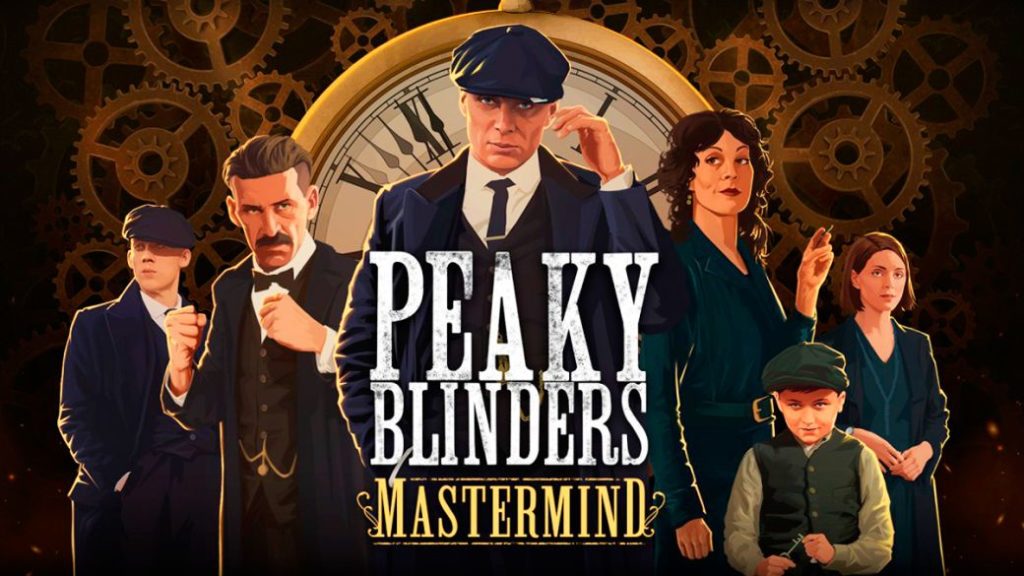 The popular Netflix series comes to video games with Peaky Blinders: Mastermind and we delve into Small Heath to discover what the Shelbys are up to.

The Shelby family gets back to work, this time in a video game with Peaky Blinders: Mastermind. The one in charge of designing the Birmingham of the 1920s is FuturLab and she wants us to experience the Peaky Blinders plans in a very original way. Join us in the following lines and let’s dive into Small Heath together before the events of the first season to discover what the Shelbys are up to again. By order of the Peaky Blinders.

We will be direct. Peaky Blinders: Mastermind is not faithful to the popular Netflix series to the point that its fans will not like it. The dialogues between the Shelby family have little or nothing to do with the character created by Steven Knight. Arthur has things clear and is even capable of organizing a mission, Ada is a visible and participatory face of the plans or Finn (before giving the stretch) threatens and acts as if he were 20 years older. 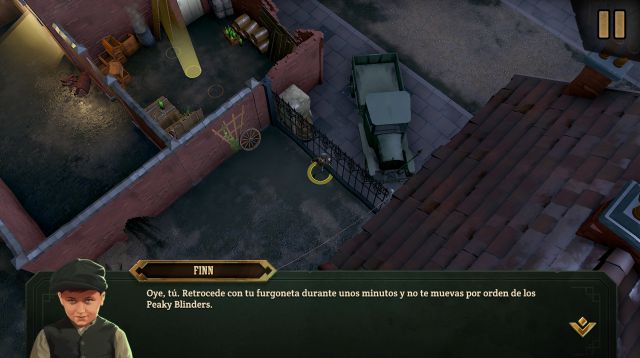 All this takes us away from the experience that one tries to find after seeing the series in which it is inspired. While it is true that as we move forward we already see clearly a situation similar to what we could see in the series, the general structure of the game goes in the opposite direction.

The story is very simple with some terrible and poorly written dialogue. There is no interest in it and they do not give us reasons for it. The idea is to stop the growing threat of “the Chinese” in the well recreated neighborhood of Small Heath. Fortunately, the watercolors that accompany the whole story are beautiful and it is a pity that it does not match what you read in the dialog boxes. 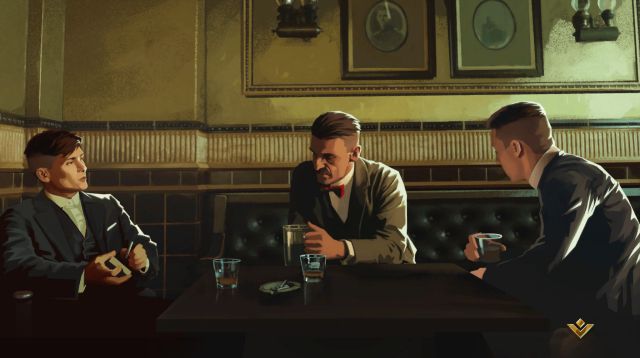 On the other hand, the mechanics of Peaky Blinders: Mastermind are not those of the Shelby. Now, the most influential family in Birmingham, who intimidates and bribes everyone who stands in their way, decides that the most appropriate thing is to act in secret to carry out their plan. Precisely the last option the Shelbys would use.

The first thing you think of when playing a Peaky Blinders game is precisely that, a game based on the series, but sometimes they are left half recreating the personalities and others they pass. We are horrified to see an 8-year-old Finn infiltrating the enemy’s lair or to see the always discreet Ada pacing the rooftops. 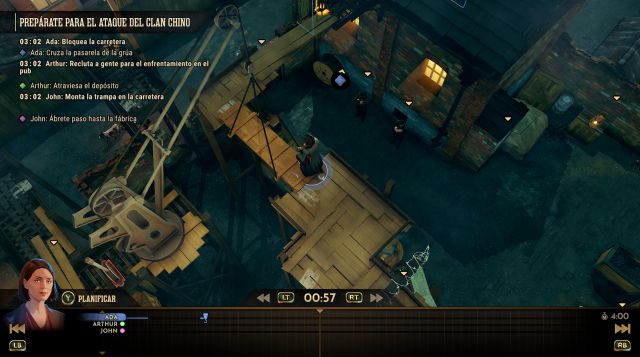 However, and if we forget that it is a Peaky Blinders game (something quite complicated), we end up finding a game with curious and well-executed mechanics such as time control and the combination of characters.

The particularity that makes Peaky Blinders: Mastermind more special is, without a doubt, time management. We will be able to advance, go back and stop time to plan our strategy and solve the puzzles that FuturLab proposes us. At first it is something basic, but as we move forward we see the complexity that it hides when we can control more characters.

The mechanics of time control is not only to avoid being caught by a guard, but its main function is to control several characters at the same time. That is, you play and walk the road with Thomas Shelby and then go back in time and do the same with any other member of the family while Thomas goes through what you have done before. 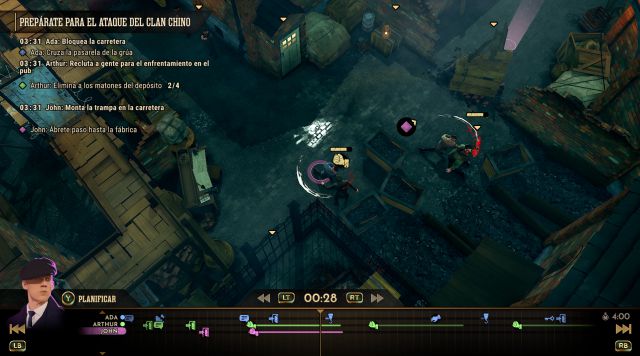 It’s a strange way to control multiple characters at the same time, but it ends up working very well. The idea of ​​Peaky Blinders: Mastermind is that we take advantage of the abilities of each one to unblock the way to another, either by hitting some guards with John and Arthur or distracting a guard with Ada.

What strikes us the most about all of this is that although we controlled the entire family in some missions, at no time did we become overwhelmed or overwhelmed, on the contrary, we had absolute control of everything. It is very gratifying to see how all your characters follow the path that you have previously controlled and to see how all the pieces of the puzzles that we find fit together. 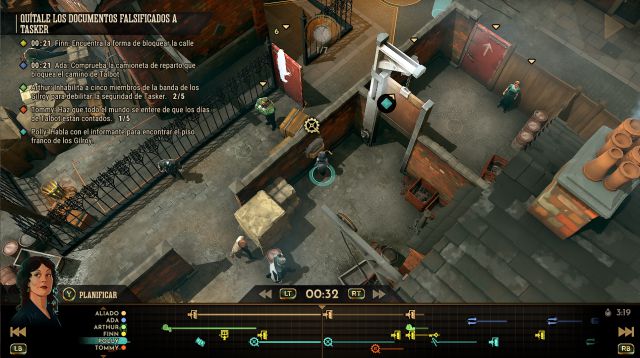 For example, we can have Thomas and John activate a lever so that Arthur destroys a door and Polly bribes one guard while Ada distracts the other from catching her. All these actions at the same time and controlling them one by one by ourselves going back and forth in time.

And all this without overwhelming us a hair thanks to the difficulty curve that grows during its 4 hours of duration, adding mechanics little by little and introducing characters to get used to them. It should also be said that we had certain drops in FPS and the difficulty is not too high, since the only handicap is the time with which we must complete the missions. 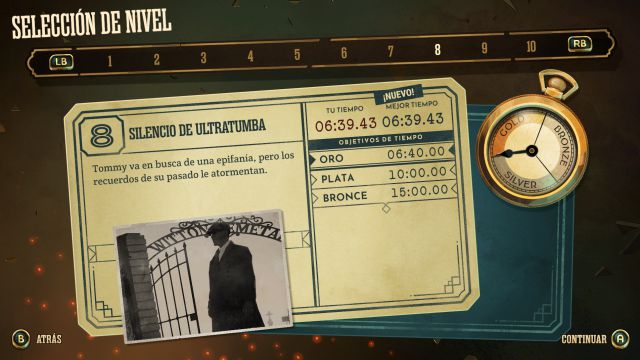 These 10 missions are replayable and they encourage us to get gold in all of them, which is an important challenge, since the minimum time to achieve it is very close to perfection of not wasting time, something difficult if you entertain yourself to search the clocks scattered across the stage.

We thought we would find a game according to the quality of the popular Netflix series and it ended up disappointing due to its lack of inspiration, but little by little, Peaky Blinders: Mastermind has convinced us that under a terrible facade of uninspired characters and a bland story , you end up hiding a rewarding game with original mechanics.