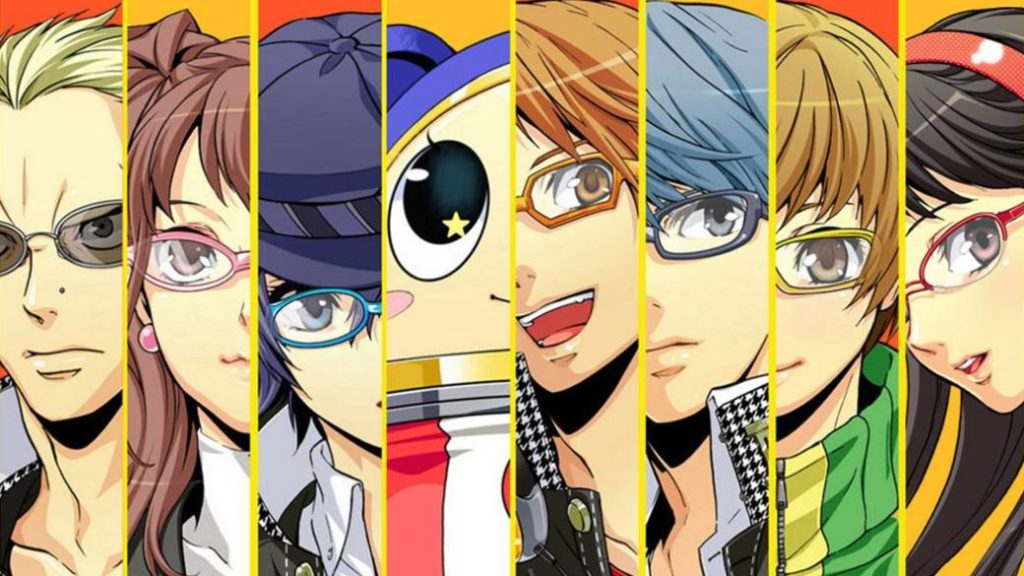 We analyze the surprise of the month, Persona 4 Golden, the original delivery of PlayStation Vita comes to PC with news but made with little effort.

Seven years have passed for Atlus and SEGA to decide to bring one of the best PlayStation Vita games to computers. Persona 4 Golden is already among us through the Steam platform and it has done so a few days after its announcement, although before it already rumors of the launch spread all over the internet.

This is the improved version of Persona 4 for PlayStation 2, something similar to what was done with Persona 5 Royal that came out on PlayStation 4 a few months ago. This “golden” version included new audio tracks, new characters, animated scenes, areas, dungeons, and loads of new content that expanded the original to infinity and beyond. Now, users can enjoy it on PC.

Yu Narukami, back to the old ways

As a 2013 video game and also so loved by the role-playing community, we will dedicate the lines that you will see below to discuss the improvements that this edition brings with respect to the original, extras and impressions of the PC version. If you want to know much more about Persona 4 Golden for PlayStation Vita, it would not hurt to take a look at our fantastic Reviews in which we describe your qualities point by point. 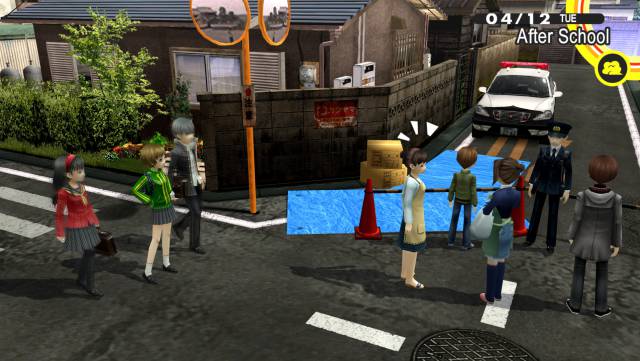 It does not hurt, however, to tell you that Persona 4 Golden for PC is about the adventures in RPG format of Yu Narukami, a hero who had to be given an official name after the premiere of the anime series of the video game. There is a legend that tells that, if you stop to watch a television turned off at midnight, a strange silhouette appears on it. The hero verifies not only that it is true, but that this figure ends up dying and that he has powers to enter the television to try to stop those deaths. Along the way, various characters will join him, including Teddie —or Kuma in his Japanese version—, an anthropomorphic being with the appearance of a bear.

The plot leads us to solve the series of murders that occur in Inaba, the town where he now resides, as well as what happens with the legend and everything around him. Of course and as usual in the saga, it will be necessary to increase the affinity with the groupmates or inhabitants of the town and carry out daily tasks so that each day in the game will be different.

The news of Persona 4 Golden regarding Persona 4 are many and very varied. We would be forever counting each change but we are going to recite some of the most important ones that are still in force in the version that we have just received for PC. These include a new bad ending, a new dungeon, two new Social Link, new difficulty modes, new melodies and voices, new animated scenes, more People, new locations or events, online features, a new epilogue for the true ending and improvements in the gameplay. 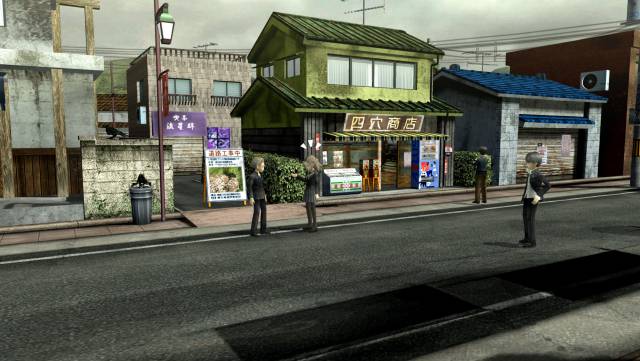 Now, what improvements brings the edition that has come to Steam? For starters we have a bug that was dragging the Vita version that prevented retrying a battle. On the other hand, new languages ​​have been added – no, Spanish is not one of them – both in the dialog boxes and, finally, in the animated scenes – although they are often stripped. Now we can also select the audio in Japanese or English for the voices, something that did not happen in the version for PlayStation Vita.

There is an addition that we really liked and it is the possibility of selecting the difficulty of the game from minute one without having to finish the adventure for the first time. Not only that, in addition to being able to change it at any time, we can modify parameters such as the experience gained in combat, the damage we receive or the money we earn with each fight among other options. 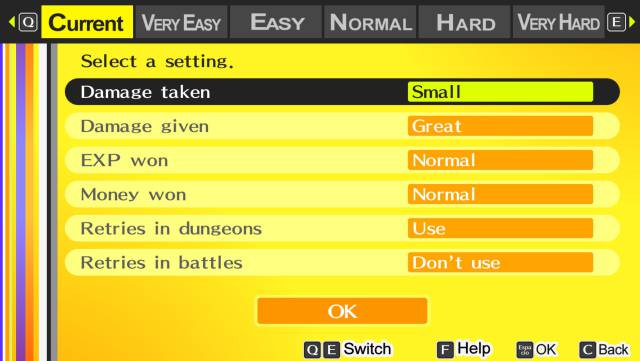 It also has losses compared to the PlayStation Vita version but only in the additional content that we can see in the main menu. These are videos of previous titles or a 2012 music theme. Nothing that YouTube or any other audiovisual content website does not solve.

After giving a review of what we can see in this edition for PC and verifying that the game practically reaches us intact, there remains the question of how the adaptation to computers has turned out. We already told you that you could have worked much more on it, quite a lot.

The adventure keeps intact all its qualities and drawbacks of the Sony laptop, including modeling, textures or effects. Atlus and SEGA have brought the video game as it was conceived with the only option of increasing the resolution to 4K and the possibility of bringing it to 60 images per second. With a computer from the last decade you can move the title as it barely asks for an Intel Core 2 Duo, a processor from twelve years ago. Beware, although the game flows most of the time at 60fps, there are moments, especially in video scenes generated with the game engine, in which the figure can even drop to 40-45 images per second. 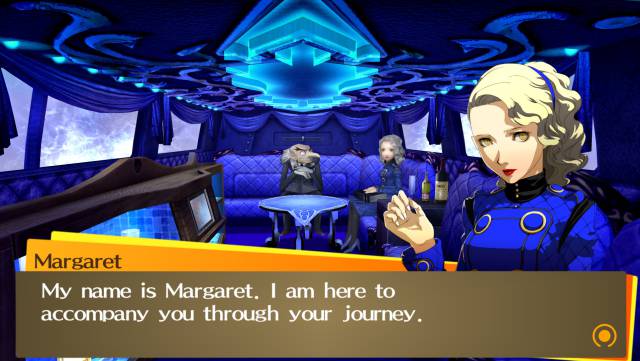 Hold the type well, it must be said, but the developers could have improved the models, animations or, at least, the animated scenes, which look extremely bad and with many artifacts. It seems that there is improvement, yes, in 2D art and textures, which adapt to higher resolutions without problems.

On the other hand, it can be controlled by keyboard and mouse or by using a gamepad. Both control modes are highly configurable although we recommend the second one given the speed that the characters can take, making the movements somewhat more imprecise with the keyboard. 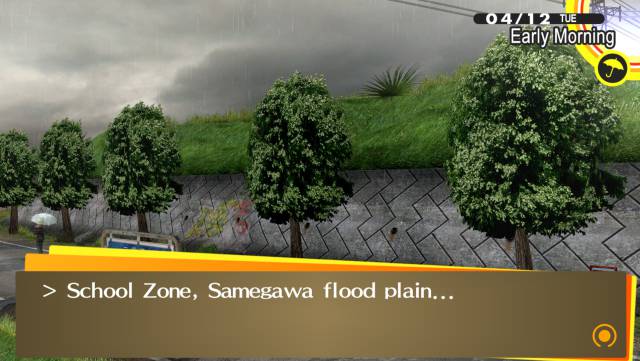 In the audio nothing to add that we did not already say in its day. The Persona saga is able in each of its installments to delight us with a musical selection that removes hiccups and with Persona 4 Golden the same happens. There are no news in this edition but it is not necessary, the soundtrack is still superb.

Best of all, Persona 4 Golden for Steam has come out at an extremely competitive price, for less than 20 euros you have one of the best rpgs in the video game world. You can wait a hundred hours, lots of fun, epic battles and a story that will not leave anyone indifferent both for originality and for the topics it covers.

The arrival of Persona 4 Golden on computers has turned out to be less ambitious than we all expected but it is not for this reason a title of questionable quality. It is still a powerful rpg and despite not arriving with texts in Spanish, it deserves a chance. It brings substantial improvements over the PlayStation Vita version and its launch price is groundbreaking. If you only knew the saga from Persona 5, now is the time to play another jewel in the rough.