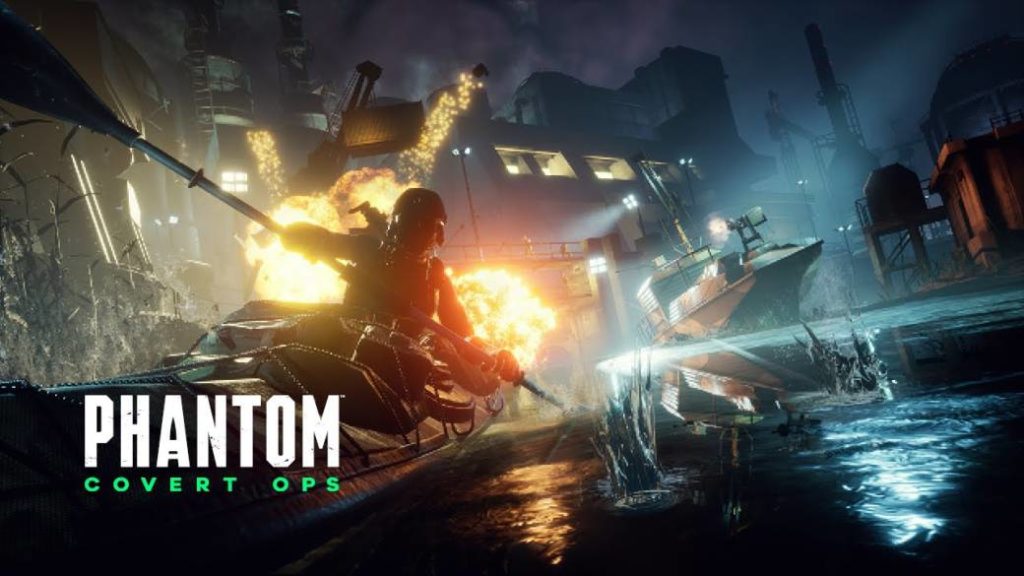 The dark black of the night covers your silhouette, hiding you from the nearby guardian. With two long strokes of our paddle we covered the distance to some nearby reeds, avoiding the flashlight of the aforementioned. Hidden, we grab the silenced pistol from our side to prepare a perfect headshot. Thanks to our binoculars we know that there is a guard to our left so we use our free hand to throw a sound grenade and distract him while with the right we execute the precise shot to the enemy skull. We quickly use our other hand to stabilize the weapon and finish off the other guard before he turns around and detects us. This is the new experience in Oculus.

Phantom: Covert Ops, the new stealth title from nDreams, appears with a most innovative proposal: mounted on a kayak we will have to descend tricky waters to complete an extremely confidential mission. In his best moments he manages to plunge us fully into his dark swamps, making us sweat the fat drop to emerge gracefully from some complicated situation. Unfortunately, not all are those best moments and, given its short duration, we cannot say that it has left us completely satisfied. 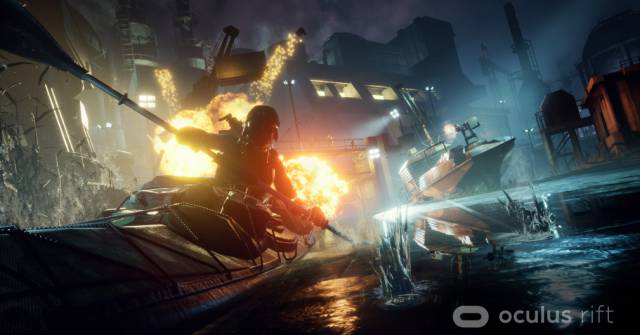 Phantom puts us in the shoes of an American special forces operative in charge of carrying out a mission to save the world in just twenty-four hours and always riding a kayak. This type of mission has been carried out in real life but we doubt that it is as bizarre and full of explosions as in this game. Their argument becomes nothing more than an excuse to give the missions some variety, introduce new elements and mechanics and put some context to each mission.

If you have played Metal Gear Solid you will know more or less what to expect from this story, only here there is less style and art than in that one. He takes himself too seriously given the quality of the material present, and we miss a moment of lightness or more coherence in events. Without one or the other, the result is a story that is not going to change anyone’s life but is not offensively bad either. Perhaps the closest thing is the stories from old arcade games like House of the Dead or Operation G.H.O.S.T. 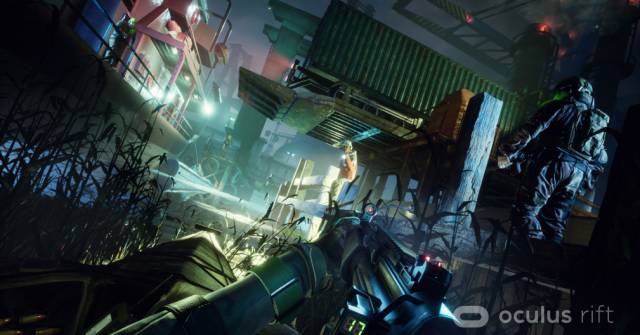 Unfortunately this story also puts certain obstacles to the level design. The history of the game takes just 24 hours and therefore there is not much ground to cover. The game takes place between open swampy trails and swampy trails within military enclosures. Sometimes there are alternative routes that we can take but be prepared to get confused if you want to continue using the objective marker. In general, the levels are uninspired when compared to the best in the genre and even with other games of similar quality such as the Styx saga.

Where the game truly stands out is in that feeling of total presence, making us feel that we are truly infiltrating an enemy base aboard a kayak. The paddle works as we would expect, being possible to row left and right successively to advance, press a button to make more sudden turns, use the paddle to push us against an object, row so that we move laterally… Practically any movement possible in a kayak we can actually do it in the game. As the paddle enters the dark waters, we observe how the vegetation makes a hole for it, how small waves are created on the surface. Going into a bunch of reeds we will practically do to get them out of sight. While we play Phantom we are an operative of the special forces of the kayak. 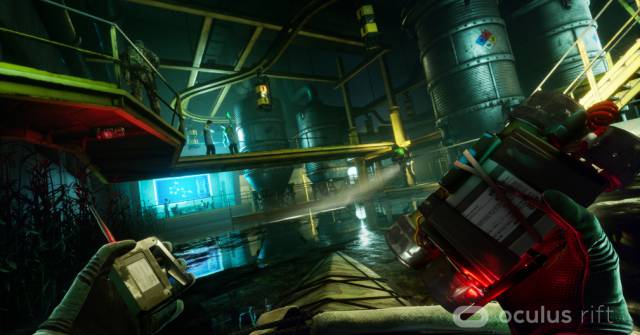 We also have a good number of gadgets and weapons including a pistol on our side; binoculars in our lap; a sniper rifle to our right; explosives; a compass that reveals if we have been detected, etc. Our favorite may be a torch with which we can make mischief on enemy electrical panels or burst locks to open new routes. All of them somehow use virtual reality, for example needing to use the crosshair on the silenced pistol between the two corners of the front of the weapon to align the perfect shots. It is not a wonder nor do the weapons have the complexity of the best simulators in virtual reality but they do their job. It is true that in some cases we curse the handling of automatic, cumbersome and imprecise weapons compared to the rest.

In sound it is a constant ups and downs. Some effects like the penetration of the kayak into the brush are very well done while others like the firing of automatic weapons or enemy voices leave much to be desired. The soundtrack, yes, is one of the best assets of the title, reminding us of titles such as the aforementioned Metal Gear Solid, Splinter Cell or even Ace Combat in its moments of maximum excitement.

Finally we must mention an artificial intelligence that leaves a lot to be desired. The guards patrol their areas regularly and constantly and if they see or hear us (if we go too fast) they will enter a state of alert. At that point the game goes into slow motion and we have a few seconds to kill them before they alert the rest. Once they go to alert if you are in the enemy’s point of view they will shoot you with monstrous precision until you kill them, kill you or move very fast. The problem is there, that if we move fast enough artificial intelligence has no possible answer and usually does not alert those in the following rooms. Sometimes they don’t see us when they should and sometimes they see us when they shouldn’t. Perhaps it is also a failure to transmit their fields of vision to the players but the fact is that something here does not work.

Note: we have played the desktop version with Oculus Rift. The game is also available in Oculus Quest where it sacrifices visual quality for better colors and greater mobility for the user. Buying the game on one system unlocks it on the other. The game is only available on the Oculus platform.

All of these mistakes, all of these repetitive moments and soft design decisions don’t end up neutralizing what Phantom does well. The fact is that when we are on board that kayak, while we sail through the narrow waters of the short story, we cannot help but feel a mixture of absolute calm by the nature that surrounds us and total tension by the enemies that haunt us. When we pass behind a boat to avoid being detected, the sweat that crosses our forehead is real. It is a pity that its extremely short duration (between three and six hours) is not compensated by the many modes that it incorporates to be played. The thing is, the scenarios aren’t versatile enough for multiple reps to be satisfying. Phantom: Covert Ops is the perfect game to spend a very pleasant afternoon or to teach a friend about this new technology. But as a stealth game we fall a little short.