It will be an evolution of the companion mode that will allow several trainers to interact with the same Pokémon simultaneously and in real time.

More than three years after its launch, Pokémon Go continues to reinvent itself to keep our attention and go if it succeeds. His last idea for this, which will come over the next few months, is a new multiplayer mode in augmented reality called Buddy Adventure. As Niantic explained in statements to The Verge, this mode will allow several trainers to interact with the same Pokémon at the same time and in real time. A proposal based on Niantic projects and technology, such as Codename: Tonehenge, from which you can see a sample in the following video:

As can be seen in the trailer on these lines, thanks to this technology Pokémon GO would allow to see the rest of the coaches with another aspect through our own mobile and we would also see and interact with the same objects, which would change their perspective according to our point of view. Although the Buddy system (Companion) as such already exists in the game, allowing us to choose a Pokémon to accompany us on our walks and can be caressed and fed (and even seen by others), thanks to this new mode several players and their Companions may exist and play simultaneously on screen.

Waiting for a video that clarifies everything a bit more, Diana Hu, director of Augmented Reality at Niantic, has assured that Buddy Adventure can be used on iOS and Android and will also allow photo mode. On the release date in this way the only thing he has answered is that "it will come in the coming months" as they are still working on it. Until then, we remind you that all the investigations, rewards and shiny of November 2019 are already known, and that we have launched a guide to beat Cobalion and get the famous legendary of Teselia. 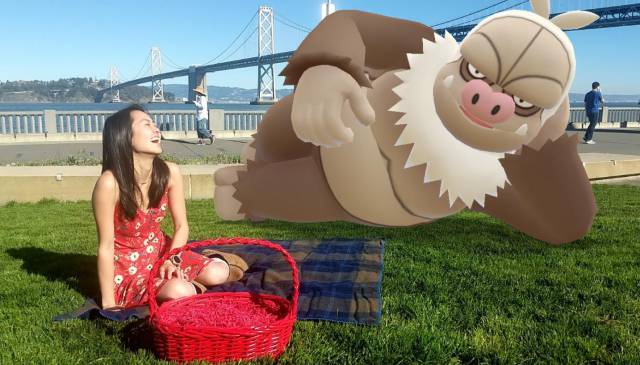