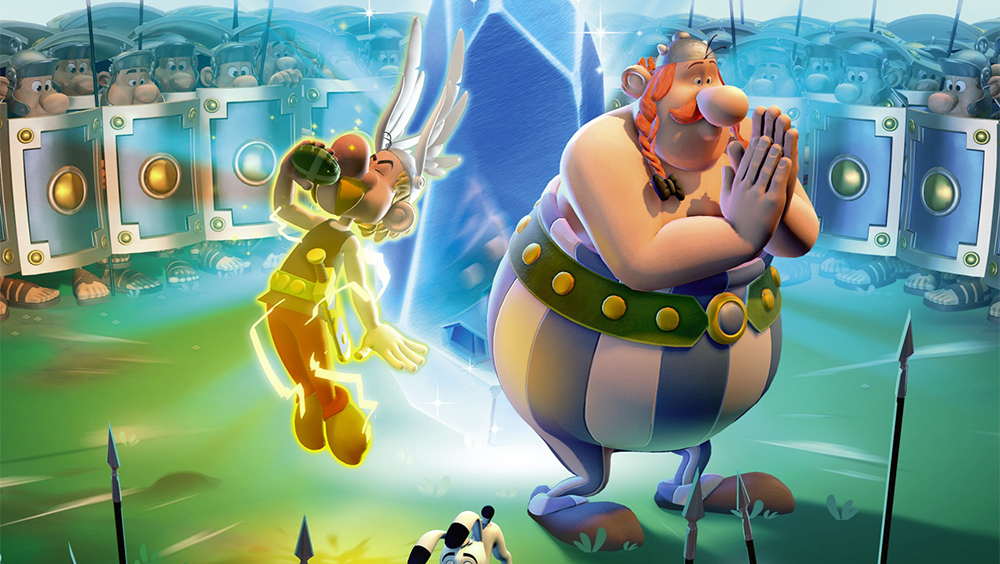 That's right, in "Asterix & Obelix XXL 3" you can let off steam this time, also together and in KoOp mode, to put the legions of Caesar in their place. With the title 'The Crystal Menir' you can expect a brand new story, an exciting treasure hunt, lots of action and puzzles, and of course you should not miss the magic potion. 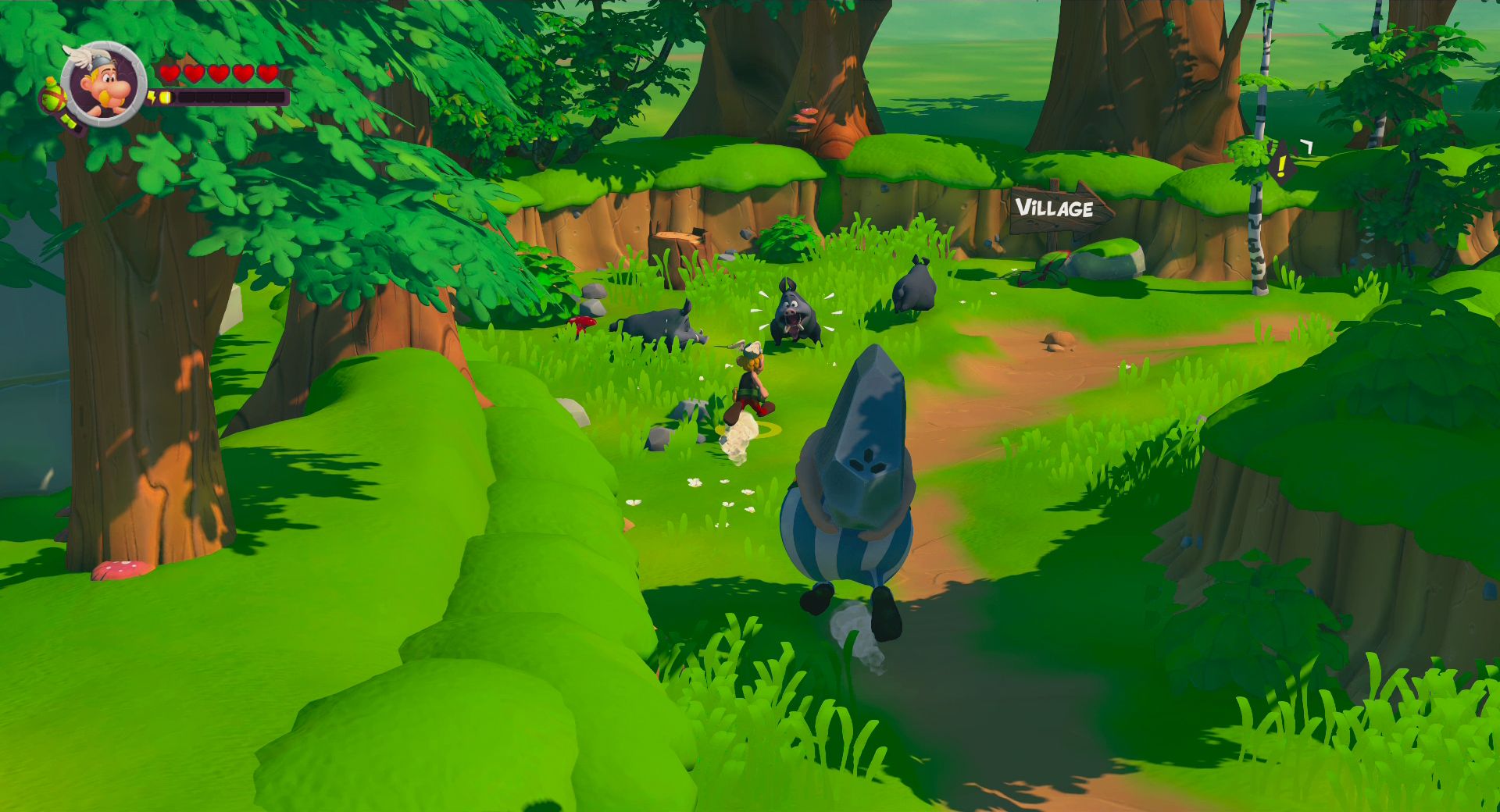 Fortunately, you could already play the final version of "Asterix & Obelix XXL 3" and thus test the beginnings of the story and the basic gameplay. It is played together on a screen or alone, with the AI ​​takes over the other part. It is also practical that you can switch back and forth between Asterix and Obelix at any time, which is also necessary in order to carry out team actions. More on that later …

Overall, "Asterix & Obelix XXL 3" feels like a casual after-work examiner, who does not have to worry about complicated mechanics. Just listen to the story and then plow with full steam through the Roman legions. Most of the time you will press the square key to give loose strokes while continuing to perform actions with L1 and a corresponding action key, such as a whirlwind or Asterix's chin hook. Obelix also has such special moves on it, some of which also seem pretty familiar. Asterix also benefits from the magic potion that lets the Romans shoot not just from the earth, but right up to the moon. If you look closely, you can always discover fun and entertaining deposits, such as a cross on the ground, which in this case marks the point of impact of the Roman after his journey back to earth.

The eponymous title 'The Crystal Menir' also plays a role in the gameplay, according to which Asterix and Obelix have to search for special Hinkelsteinen with extraordinary powers. This can be, for example, the crystal Hinkelstein, a fire Hinkelstein, an ice Hinkelstein, etc., which were used in the version shown, among other things, to uncover new ways or freeze Romans. Here is also the concept of the semi-open world, in which one can move freely, however, the areas are only gradually released, such as the help of Hinkelsteine, the Obelix with full steam on the floor skin.

Otherwise there are many puzzles to solve, to explore new ways, to balance on platforms, to collect objects and to face the leaders and centurions, who act as kind of intermediate bosses. Team Actions also play a big role in this, such as switching a switch to allow the other to pass through a gate, or places where only Asterix passes, while Obelix guards and secures the entrance in front of it. As mentioned, a very laid-back KoOp game that has some character development, but you can just indulge in a relaxed atmosphere to experience a fun Asterix & Obelix story. Unfortunately, the KoOp mode works only locally and offline and synonymous, the original voice actor of the two heroes are probably not there. 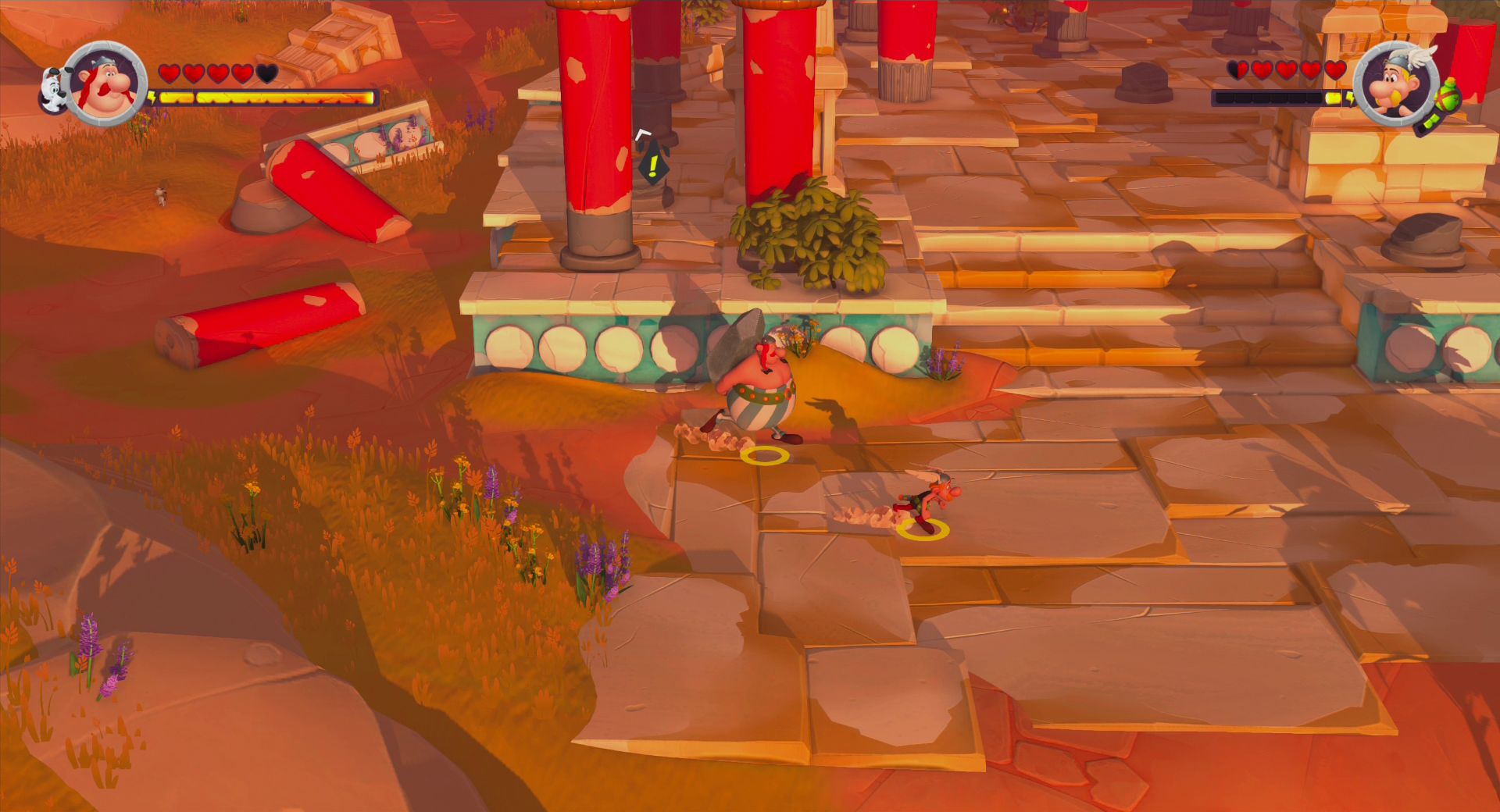 Unlike the previous Remaster "Asterix & Obelix XXL 3" is a complete new development, which stands out above all on the technical side. You could compare the title to the most recent 3D animated films – pretty colorful, smooth and handsome textures, and lots of little details that have been carefully considered here. Especially your constant companion Idefix, who not only follows Obelix on kick and punch, but also has a real life of his own and independently searches for clues or hidden objects. In general, many details have been thought of to create an authentic Asterix & Obelix setting, even though we've just moved through and around the Gallic village in the demo. But that alone made you want more, much more.

"Asterix & Obelix XXL 3 is likely to be the KoOp hit this winter, which not only appeals to a younger audience, but also the long-time fans, who are already grown up. Another and fun Asterix & Obelix story, served with a lot of humor and more wild boar. Here you can expect a relaxed and fluid gameplay, which plays its part mainly in pairs, be it through the team actions, the joint exploration of the game world and the really fun on it-gameplay to plow through the throngs of Roman legions , All this with a technically advanced presentation, as the previous Remaster, which sometimes reminds of the latest 3D movies. So, if you're looking for laid-back couch-ko-popping action, do not miss Asterix & Obelix XXL 3 this winter! "