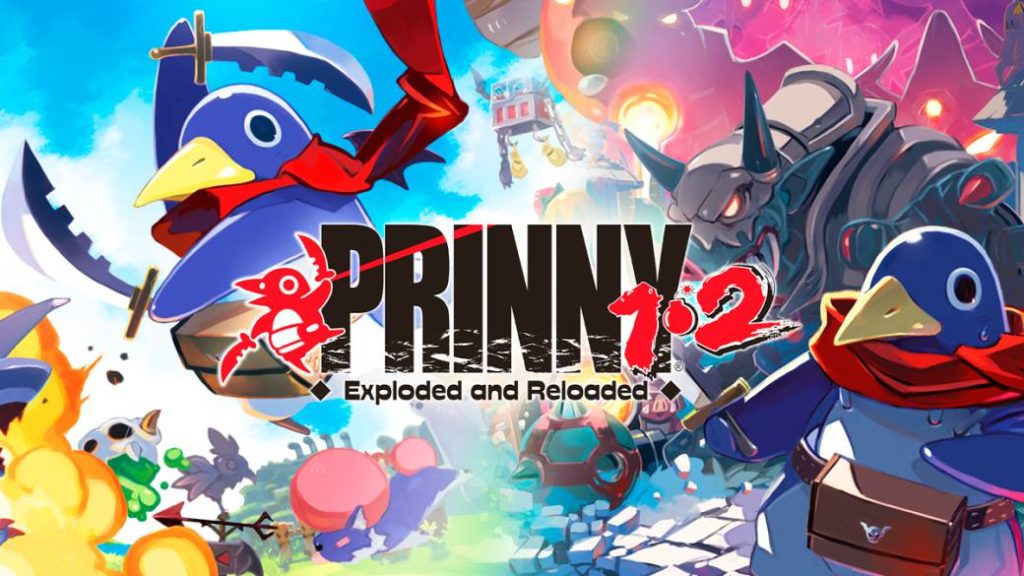 NIS brings the two Disgaea spin-offs starring the long-suffering Prinnies to Switch in a pack that the most nostalgic will not want to miss, Dood?

Nippon Ichi Software has a very loyal audience for its different productions, the Disgaea saga being one of the most popular and celebrated of the Japanese studio. And coinciding with the announcement of the sixth numbered installment of the famous JRPG saga with a tactical cut (and which makes the leap to 3D for the first time), NIS recovers the two fun PSP spin-offs starring the long-suffering Prinnies, a luck of anthropomorphic slave penguins with very bad luck and characteristic of the Disgaea universe that this time serve the always moody Etna to answer her most hilarious wishes, such as finding a delicious dessert or finding the whereabouts of her stolen panties. Let’s see in our Reviews how the passing of the years has sat on this platform subsaga that comes to Nintendo Switch through its two original deliveries both in physical format (through a pack known as Prinny 1 2 Exploded and Reloaded) and in digital format , available on the eShop separately with Prinny: Can I Really Be The Hero? and Prinny 2: Dawn of Operation Panties, Dood!

Prinny 1 2 Exploded and Reloaded comes exclusively to Nintendo Switch directly from PlayStation Portable and its two original versions from 2008 and 2010, through ports practically traced to the original titles, for the good and the not so good. And it is that although its playability is the same as always (with a very marked increasing difficulty that represents a challenge, even for players hardened in similar games), its staging has hardly improved compared to the original work, betraying its already distant Origins with little disguise, an aspect that can become a serious handicap in the midst of remastering with more or less deep graphic updates. But is it worth returning to the wacky universe of the Prinnies? Of course, if we ignore some of its peculiarities, we will have a couple of more than competent 2D platforms that once went somewhat unnoticed outside of Japan and are now returning to the luck of Disgaea fans and the most serious challenges. .

Thus, the two spin-off adventures of the Prinnies leave behind the tactical role of the Disgaea to bet on especially tough 2D platforms, both due to their difficulty and their peculiar control. The bases are very traditional: lateral advance, double jump, timid combos, final bosses and a lot of enemies, obstacles and traps to overcome. All this through 1,000 Prinnies, which are what we will have at our disposal as lives to overcome the adventure, a characteristic that will undoubtedly put us against the ropes as we try to overcome the levels and the final bosses; and it is that we will die a lot, too much, while the counter of Prinnies, inevitably, descends at forced marches. And even though a thousand lives may seem like a lot, after a few levels and several final bosses, we’ll quickly change our minds.

The argument of both games is nothing more than testimonial, as an excuse to go on a journey with the Prinnies that we can complete in our own way, choosing the order of the levels from a kind of hub in which to talk with characters and perform other actions. Of course, whatever the order of the phases that we go through, the rest of the levels still to be completed will increase their level of difficulty, contributing some strategy to the equation when facing the challenge according to our decisions, thus enhancing the replayability. In addition, reaching 100% in both titles is a feat only reserved for the bravest; or stubborn. In this sense, it will not take long to detect certain shamelessly unfair sections that will encourage us to throw the remote (or the Switch itself) out the window. Luckily, the sequel has a Baby mode (somewhat more accessible, although not much) that gives us a little more scope to try to overcome the adventure, although the game itself will remind us that we are playing in a relatively easy mode through bibs for the Prinnies; at NIS they are horny, there is no doubt about that. 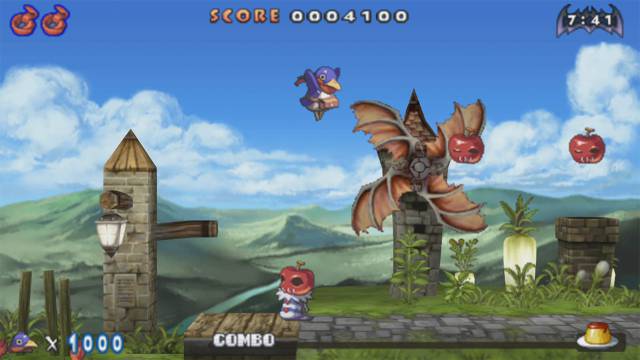 So much so, that both video games (very similar to each other in all aspects) offer very old-school gameplay, closer to classics like Ghost ‘n’ Goblins than to the most current 2D platforms. The control is hard, demanding, since, beyond the “clumsiness” of the Prinnies, we will not be able to modify the trajectory of the jumps or double jumps. The Prinnies only jump up and in the direction of the jump itself, with no option to correct those millimeters in the air that ensure the fall; And this particularity will largely mark the sensations at the controls, demanding a certain margin of adaptation. Beyond the null agility of the long-suffering penguins, the Prinnies are capable of attacking enemies through swords, bombs or plummets, in addition to having a special combo that modifies the side perspective to a perspective view and that causes a lightning strike from their swords. On certain occasions, we can also use vehicles armed with great firepower.

The general feelings with both titles are positive despite these particularities; where they do stand out especially is in the design of the final bosses, presenting epic confrontations through well-adjusted attack patterns and some of the most original designs. In addition, the sequel adds minimal new features such as a fury mode when completing the combo bar, standard attacks of greater rank or more destructive dive attacks. In both cases, and advancing with some regularity, we can complete each game in about six or eight hours; Luckily, we have, as we pointed out previously, several levels of difficulty that will modify the number of impacts required before dying or the number of blocks in certain sections of pure platforms. 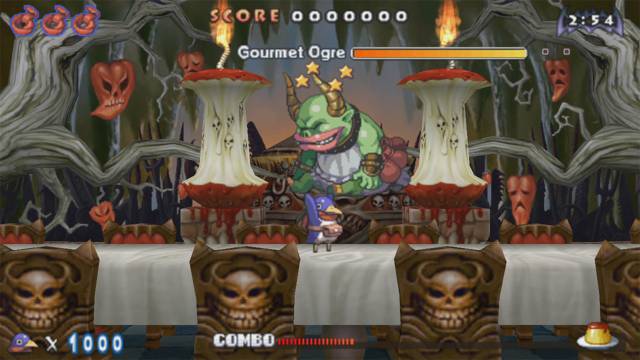 At the graphic level there are hardly any changes compared to the original versions, only with a slight improvement in resolution level to adapt the title to the current HD screens -remember that both titles come directly from PSP-, although in exchange for losing some sharpness general. At least the backgrounds, with three-dimensional elements, look somewhat better and the pixels of the characters do not stand out negatively; How could it be otherwise, Prinny 1 2 Exploded and Reloaded looks better in portable mode, since in TV mode it excessively reveals its origins. The sound section remains intact with those catchy melodies that are burned by their constant repetition. In any case, this edition does not stand out for being a particularly spoiled port, preserving the original voices -English and Japanese- and the texts, also in English, which can be a serious setback to understand the constant jokes if you don’t have a certain level knowledge of the language.

It’s always nice to go back to titles from the past that, for one reason or another, stand out and last over time, especially through the memories of the players who once enjoyed them. And this is the case of these two 2D spin-off platforms from Disgaea, available both in physical format in an attractive pack and in digital format, for sale separately, at a price of 19.99 euros each. Two video games, Prinny: Can I Really Be The Hero? and Prinny 2: Dawn of Operation Panties, Dood !, which, although they respond to the classic schemes of the genre -including a somewhat crude control-, do represent a challenge both in terms of their approach and their own development, not without offering especially unfair sections with the player. A couple of ports that do not offer news beyond the debatable adaptation to current screens and that retain, yes, all the charm and sense of humor of the saga from which they come. Recommended for fans of the most classic platforms who want to relive sensations from more than a decade ago.