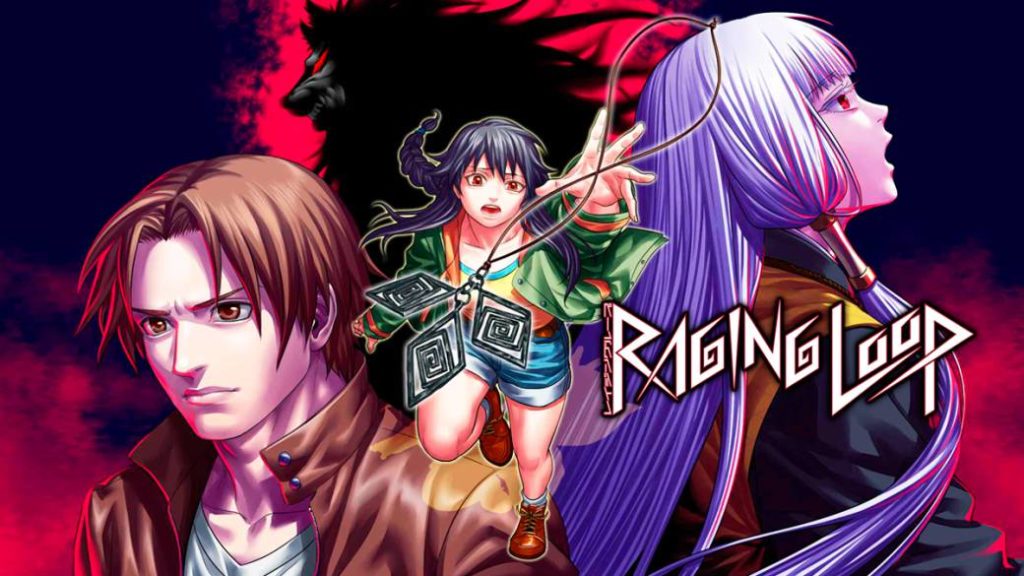 We analyze the visual novel created by Kemco, a title whose plot mixes touches of mystery with supernatural elements and Japanese mythology.

Kemco is a company that in recent years has had little presence in the video-video scene except for its modest quality RPG cut titles for mobile phones and other recent platforms. However, it is interesting to remember that in its day it was one of the companies that provided interesting games at the time of NES and Game Boy with somewhat curious games such as the different installments of the series The Bugs Bunny Crazy Castle, Desert Commander or the titles from Top Gear. On this occasion the study presents Raging Loop, a visual mystery novel in which superstitions and mythology shape a plot with dyes of supernatural and psychological horror certainly striking.

The game's story introduces us to Haruaki Fusaishi who has embarked on a journey to forget the end of the relationship with his girlfriend. In the middle of the night and on board his motorcycle, the fatigue makes a dent in the boy who continues his way until arriving at a service area with a small shop where he buys a small snack while asking for directions to the saleswoman to be able to arrive to a safe place to spend the night, something you do reluctantly. The closest place is a settlement, Yasumizu, which can be accessed through a shortcut that leads along a dirt path and takes a short time to arrive, which Haruaki accesses but where he ends up having a slight accident with his motorcycle. Chiemi Serizawa, a young woman who lives in the Yasumizu settlement, finds him and decides to welcome him to spend the night in his apartment. 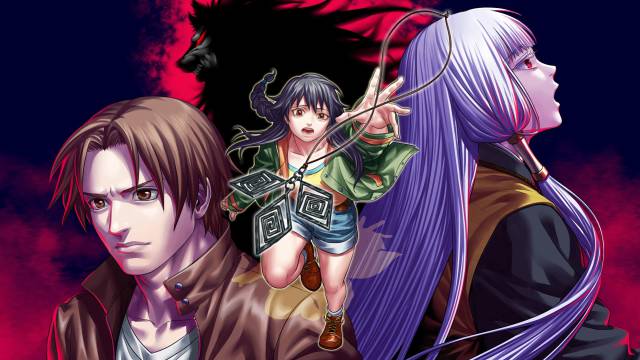 The next morning, Chiemi presents Haruaki to the rest of the members of the village who are suspicious of his presence when he is considered a stranger but also because he has accessed the village through the vicinity of the Saranaga River, a place where It says that it is where the Yomibito (undead) return to attack the living. Against this background, the villagers help him so that he can leave before the end of the day, however something strange happens and the village is surrounded by a mysterious reddish fog that causes the villagers to flee to shelter in their homes. Chiemi, forces Haruaki to hide in a small receptacle used for the foremen of works while notifying him to try to spend the night and survive. An intense shout arouses the curiosity of Haruaki who decides to investigate the origin of it entering into the darkness. Before him a huge wolf-shaped figure stands in the middle of the place and is finally killed. However, Haruaki relives moments before the event, preserving the memories of the encounter, thus beginning his adventure to unravel the mysteries surrounding Yasumizu while trying to escape the temporary loop (loop) in which he is immersed.

The first thing that catches the attention of the game is its interesting presentation, where in a tutorial the priestess Rikako Uematsu, in a super deformed version of it, will guide the player through his first steps knowing the options of the game, while emphasizes aspects such as the differentiation between the fiction of the game and real life or, interestingly, urging the player to try not to reveal the plot through the use of the Share function, in the PlayStation 4 version, arriving to offer the activation of an option that will warn of the specific point at which it will be urged to stop recording the game. Although it is not an important aspect, it is striking when the game emphasizes that the recording function is not restricted, as in other games, therefore urging the player's own conscience to keep the resolution secret and mysteries that contains the plot of the game. 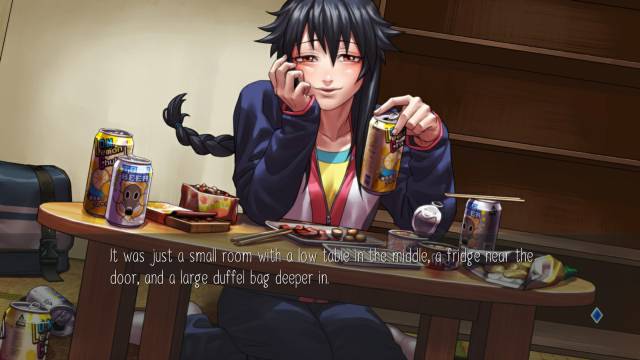 The development is carried out through a series of events, which take place over several days and that make up different parts within the plot. Throughout it, points of choice will be presented that can have a direct impact on the plot, although in the first instance they will only present an option that will inevitably lead to bad ending but, on the other hand, will provide a key with essential information that will allow to advance in the plot. This means that the deaths within the game have an impact within the plot, since this will allow Haruaki to move forward while retaining the information obtained in each bad ending and therefore knowing what to do in order to avoid the tragic fate that awaits him. For each bad ending obtained, the option of consulting, at the same time as choosing to continue playing, a clue that will explain in a basic way the reason for that end and the point in the game to continue the game will be provided.

The title itself includes an option that allows you to consult the event's history diagram, although in a limited way to where progress has been made within the game, including the different decision options taken and the key points that need keys to access to other options. Since when Haruaki dies he will return to the beginning of the game, which means having to start the game from the beginning, this option allows to facilitate and speed up the process of playing from the turning point that led to a bad ending and where to choose the others remaining options, with the use of the relevant keys. 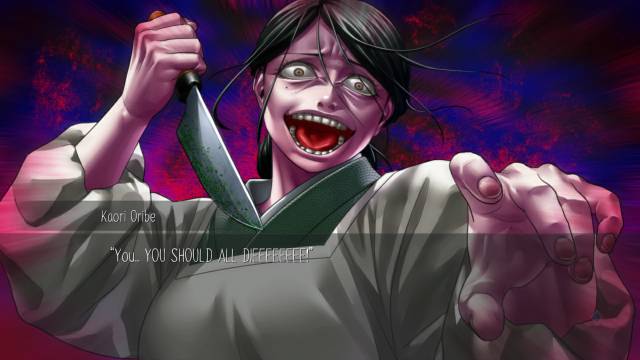 Regarding the plot, it is interesting to note that the game offers detailed descriptions of the different aspects of it. Haruaki, as the protagonist of the game, at first glance looks like a character that does not seem to be interesting, at the same time that moves away from the classic role of hero to which we are accustomed, but that, in the course of history, will be showing his methodical facet with very restrained decisions and reasoning, to the point that at certain times he gets carried away by the situation (something evident through the different arcs of the game's plot), which will be important when it comes to unraveling the mysteries of the mysterious festival that It takes place in the village. This event consists of a kind of "game" in which the villagers must find out the identity of the "wolves", who have supposedly supplanted the identity of certain residents and will gradually eliminate them every night, trying to use the protective spirits to their advantage. that some members have in their possession, although with the risk that when revealing their identity they are exposed to be killed, and deciding, in turn, to whom to eliminate from among the members through deliberations and voting until taking one, entering I play misgivings, animusions and religious beliefs that will affect the outcome.

The residents of Yasumizu present different types of backgrounds and personalities that in the first instance seem not to have much to offer but that, throughout the game, will be revealed that they hide much more than what is seen with the naked eye, especially in what referring to the mysteries that surround the village and the mysterious presence that forces them to keep themselves locked up every night. Each of the characters presented in the game offers facets that make them, a priori, normal but along each of the routes, with different research possibilities and roles, will make the characters facade be glimpsed every time more clearly at the same time that they will offer new information about their backgrounds and also the mysteries that surround Yasumizu and the mysterious festival of the purge. 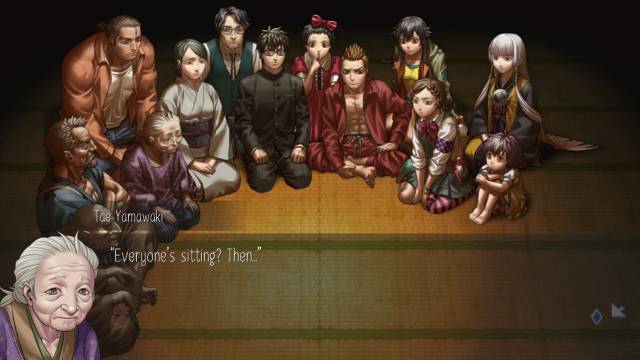 At the end of the game in its entirety, with a total of four main routes divided into several parts, access to the Revelations function is unlocked which, when activated, allows you to know more details of the game's plot, such as internal thoughts of the characters or new views of the plot and even, in certain cases, new options when choosing an answer. The Extras section will also be unlocked, which includes short stories after the game's events with some relevant characters as protagonists. Finally, in the Album section you can access a gallery with each of the endings seen, in addition to the tracks provided for each of them and the bad ending, and also a player that allows you to see game sequences, listen to music, watch the introduction and closing videos and also listen to the messages of thanks from the voice actors for completing the game.

For practical purposes in the playable section, and taking into account the genre of the game, this title is very basic, limiting the player to pass the texts manually or automatically. However, the idea of ​​unlocking different paths in the plot through the protagonist's deaths gives him a point of variety. In turn, the development of the plot is interesting thanks to both its characters and the intrigue of solving the mysteries that surround Yasumizu and the festival of the purge, maintaining interest along each of the routes until the final conclusion .

In the graphic section, the game follows a classic pattern with illustrations and backgrounds in 2D style, showing some animations for effects such as fog or different expressions for the characters. Some of these illustrations will show somewhat disturbing designs, especially knowing of a new murder, although they will not be very detailed and graphic as in other similar games, such as Corpse Party.

With respect to the sound section, it should be said that the game includes pieces of different styles throughout the game, ranging from some with touches of tension and mystery to more regular ones and that come to include choral accompaniments. It is not a bad selection but they also do not have a prominent presence within the game. As for dubbing, this title only includes voices in Japanese. It is worth mentioning that it has a cast of little known voices, especially considering that most current games usually include recurring voices, but that in practice, and throughout the game, the work done is remarkable when it comes to providing voice and personality to each of the main characters of the game.

Raging Loop is a graphic novel that a priori seems to be quite simple but that throughout its development is uncovered as an interesting proposal. His characters are striking first but much more when, through the development of each arc, the different intentions of each of them are glimpsed. Likewise, the resolution of the mystery that surrounds Yasumizu and the royal origin of the purge festival manage to maintain interest until it reaches its conclusion. A title to consider within the genre.

It meets the expectations of what a good game is, has quality and does not present serious failures, although it lacks elements that could have led to higher levels.