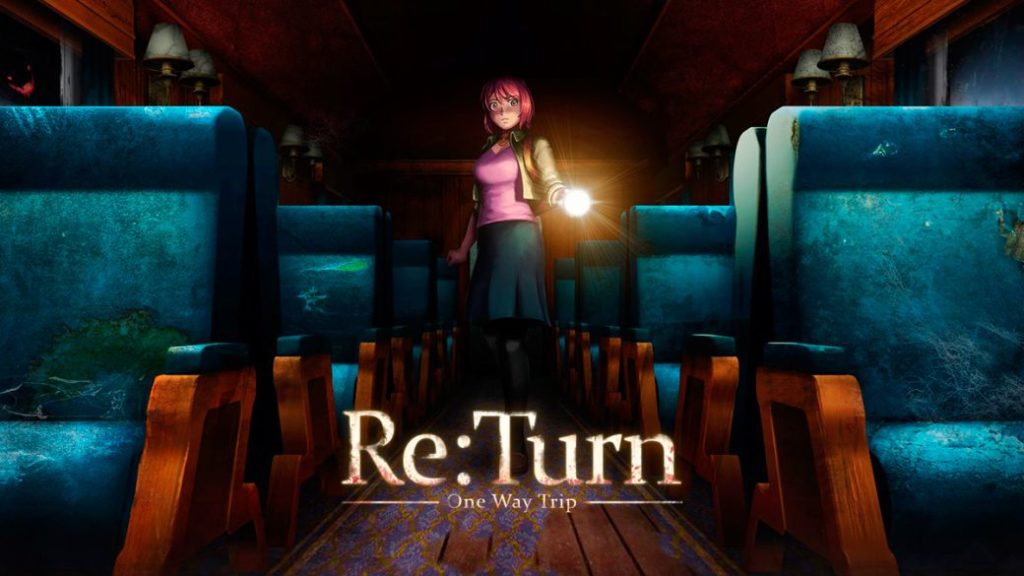 We analyze Re: Turn – One way trip, a title developed by the Red Ego Games studio, which presents its horror work with a pixelart aesthetic that comes to PC, Ps4, Nintendo Switch and Xbox One 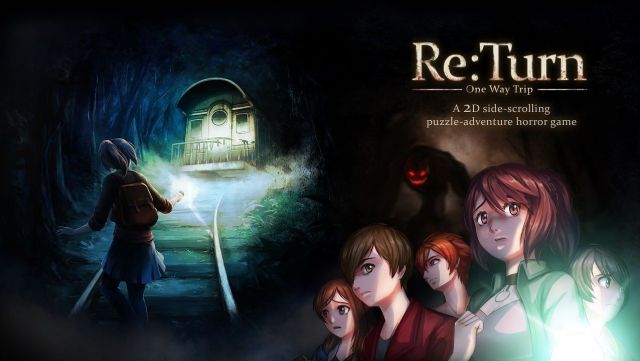 What will the trains we like so much have? Comfort, speed … No, this time the thing is not going there. We cannot deny that there is something in them that fascinates us and that goes beyond their basic function of moving from one place to another. We cannot avoid it. We must not neglect the added value of the spectacle of looking through its windows and getting lost in its landscapes, listening to the hypnotic sound of trotting on its rails and letting ourselves be carried away by that halo of mystery that has characterized them so much since time immemorial. Precisely if we have learned something in all these years, it is that trains have on many occasions become the perfect setting for all those unimaginable things. We analyze Re: Turn – One way trip, a title developed by the Red Ego Games studio, which presents its horror work with a pampered pixelart aesthetic that reaches PC, Ps4, Nintendo Switch and Xbox One. This time, we got on to a train in which we will travel only with a one-way ticket, so in passing, wish us luck.

“Train travel is as dangerous as any other!” (Agatha Christie – Murder on the Orient Express)

The train of discord 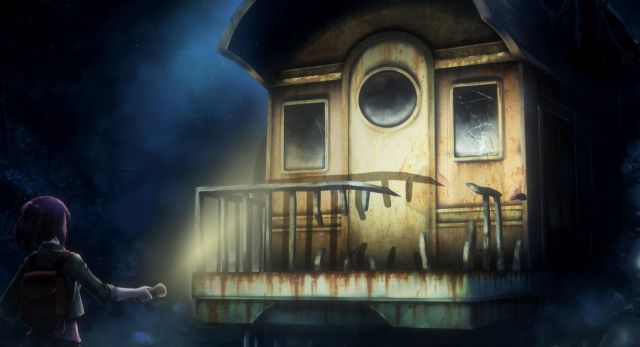 Re: Turn – One way trip tells the story of five young college students who are on a camping trip. This trip will be special for them, and it is the last that they will all do together as students. About to face adulthood, responsibility and the real world, tonight could be the last chance to experience it together. From here our adventure begins, in a dark night telling some stories around a fire. What might be likened to socialization in cave times from the dawn of mankind, telling stories around a bonfire today may turn out to be something different. These stories in the light of the moon become a declaration of intentions, which warns us just before we start that something is coming. And nothing is further from the truth, since this will be our main mystery in Re: Turn – One way trip. After a sudden fog in the forest, Saki, our protagonist, sets out to find her friends in the dark, and to her amazement, she comes across an old abandoned train car. While anyone in their right mind would decide to ignore it and get on with it, Saki will go on a journey that he wishes he had never undertaken. 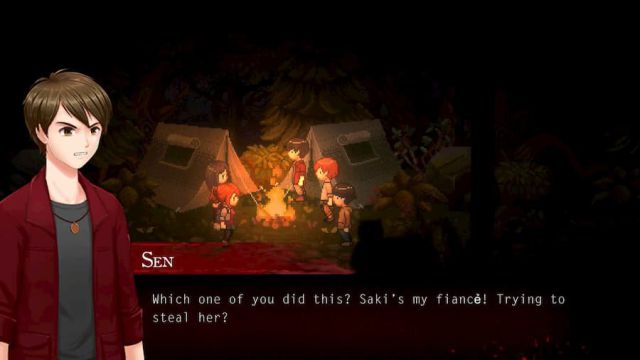 With a 2D side scrolling and graceful pixelart aesthetic, we put ourselves in the shoes of Saki, one of the young students who is on the camping trip. Our journey focuses on the journey we make on a seemingly abandoned train that transports us with it to another era. In this bygone era, located around the Second World War, we revisit the train, and with it its respective passengers. The title plays to change scenery and characters, moving swiftly from the past to the present. These changes are evident at first glance by looking at the state of the train, where we went from a wagon full of luxuries, to another abandoned and practically in ruins. During our trip, we will enter a scene totally transformed and indented by the passage of time, and that will be inhabited by supernatural forces. We already anticipate you first -and although it seems the opposite-, that this time we are not facing a conventional horror title as such, in fact if we had to define Re: Turn – One way trip, we can say that it is rather a adventure and puzzle title from start to finish.

With lateral gameplay, we will move from left to right, collect all the objects that we find in our path and solve the puzzles that they pose us to advance in its captivating story. With a simple aesthetic and with an appearance that can be reminded of a visual novel (with its graceful hand-drawn vignettes), Re: Turn: One way trip manages to tell its own story in a solid way. Despite the specific elements of supernatural terror that we find in it, the game raises the idea of ​​how a group of young people deal with the implications and concerns of leaving school and facing maturity. A narrative based on the relationships and the feelings that its different protagonists unravel. One of the interesting aspects is the concept of how time travel through the train presents us, delving into the personal links between different characters. From here, we will know different points of view and times, until we find our own version of what happened.

Magnifying glass and flashlight in hand 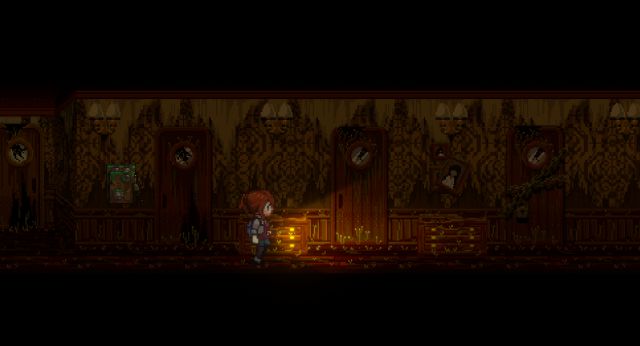 The game boasts a decent amount of subliminal messages and references of the genre across different timelines and character narratives intertwined consistently. Get us into a disturbing atmosphere full of mystery and unknowns, in addition to running into some references of the most classic Japanese horror. Part of its setting sometimes shows us quite explicit moments (suicides, corpses) although it does so accompanied by a friendly graphic style that does not lend itself to the “manifest terror” that we all know. On the other hand, the game uses sound effects very well to locate us in its settings, although the background music that accompanies us will be quite scarce during our journey in it. The intentions that Re: Turn has with the player are clear, since it does not ask us to make us jump out of the chair, but rather to decipher a story full of questions with magnifying glass and flashlight in hand. The Red Ego Games studio wanted to delve into its history and its main game mechanics: solving puzzles. 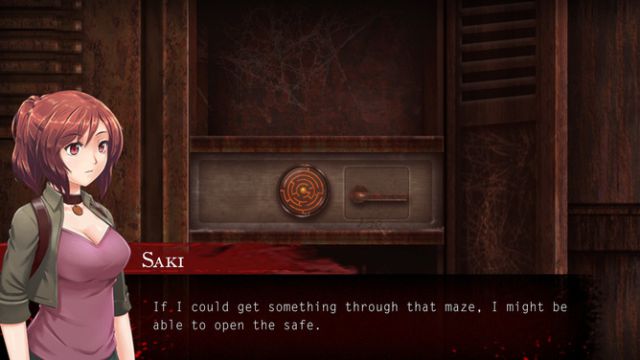 The puzzles that we find in Re: Turn are coherent and challenging, not because of their excessive difficulty (some more difficult than others we find), but because it will be what keeps us in suspense to advance in the story. We will find from the typical simple lock and key puzzles, to somewhat more twisted puzzles that we will need to solve with a paper and pen in hand. In these, they will pose different challenges such as deciphering a piano sheet music, opening simple mechanisms, until finding the key to other more complex and less rudimentary electronic elements. 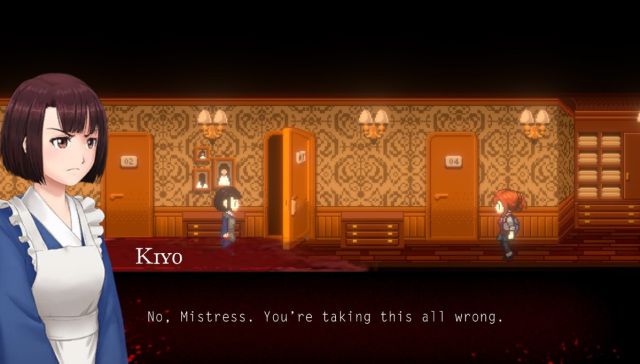 One of the downsides of the title is that there simply isn’t much room to go. The train is divided into two parts and our character will walk from end to end between them. Saki will not be able to run from the beginning, but we can unlock this option later, making our comings and goings take longer than usual. The game makes use of a metroidvania system, in which we must use a repetitive backtracking – going back and forth – to advance in its story, being a routine that will sometimes break the magic and the immersion in the game. Stepping on the same space again is something that other titles have managed to capture effectively, but in this case, the simple 2D structure of their environments together with the forced backward frequency, this time do not achieve the same effect. As its name indicates, we are in a constant “Re: Turn” in all aspects.

The game has a good story to tell. It starts off strong, jumping between time periods as we slowly rebuild the causes of each of its characters, but its setting is too limited – and simple – to remain compelling until the end. With a good start and a striking scenery in the first hours of play, over time you will be able to fall a little short due to initial expectations. 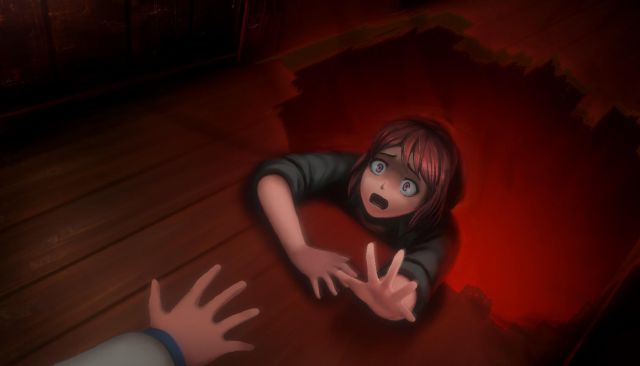 Altogether it is a good proposition. It has an original narrative and makes good use of its characters, but we can say that with the passing of the hours it is a title that ends up remaining on the surface with respect to the expectations created at the beginning. After about 4 or 5 hours of play, the title leaves us with the cold feeling that something else has been missing despite having a generally good gaming experience. Undoubtedly, if the studio had bet more on the sound environment or a more complex gameplay, it would have clearly differentiated itself from other titles of similar indóle. A title that starts out strong, but in the end the most interesting thing is to know the reasons why its characters are pushed to take them to their -extreme- circumstances.