You are here: Home / Bethesda Softworks / Reviews Fallout 76: Steel Dawn, the reunion with the Brotherhood of Steel 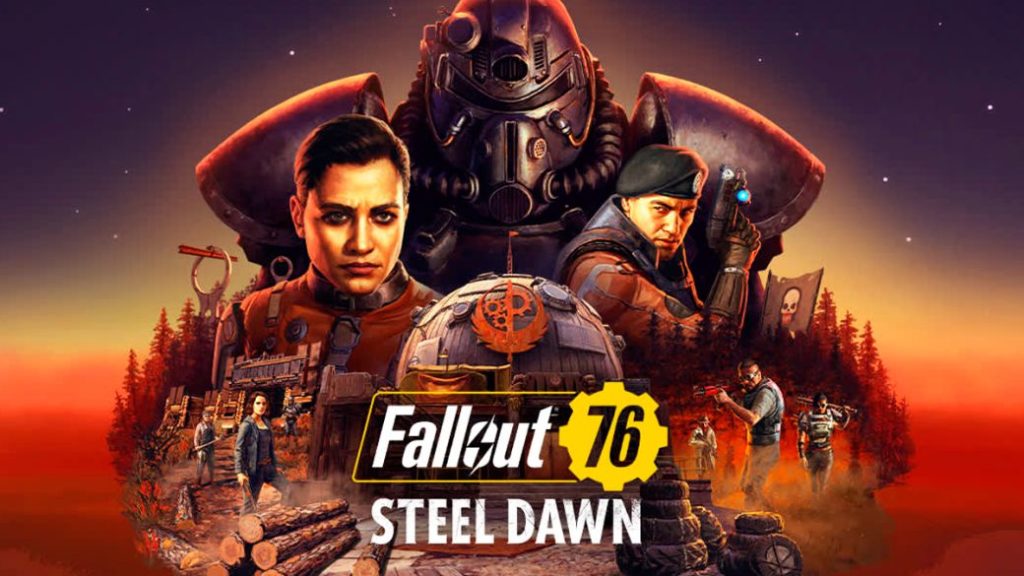 Fallout 76 has come a long way since its release two years ago. Today, thanks to all the news and free content that it has been receiving, it manages to fulfill the promise that Bethesda made long ago to satisfy an increasingly satisfied community of players. The arrival of Wastelanders at the beginning of this year 2020 supposed a total resurrection of the work thanks to the long-awaited inclusion of NPC, in addition to many other improvements and additions. Now is the turn of Steel Dawn, or Dawn of Steel, the new free expansion that is now available on PC, PS4, Xbox One and next-generation consoles. We have played it and below we detail what we thought about this reunion with the Brotherhood of Steel, this time in Appalachia.

Quite an odyssey until reaching the current point

Todd Howard, director and producer at Bethesda, admitted in an interview a few days ago that their work on Fallout 76 had made them better developers. They know that with their initial launch they disappointed many people, but assures that it is a “positive experience” that in the long run has made them connect more with the community. Composed of both die-hard fans of the Fallout saga as well as newcomers and lovers of the MMORPG genre, it has remained quite faithful to the game despite going through several ups and downs to the point where it is currently.

We are about to say goodbye to a tumultuous 2020 and it is now, with the arrival of Steel Dawn, that the seeds planted earlier in the year by the Wastelanders expansion are shown to be bearing fruit. Even so, they must be watered and cared for, since it is a “plant” with great potential but which is still somewhat fragile if it is not given the care and affection it deserves. And, being a product of a legendary role-playing saga like Fallout, it deserves all that attention and constant growth until it can shine with all the force that we expected to see in the beginning.

For starters, it should be noted that the anticipated launch of the expansion occurred a week earlier than originally planned due to a technical issue. The error allowed part of the Xbox community to download the update ahead of time, so Bethesda made the decision to extend this availability to the rest of the players in order to contain a possible global negative reaction. 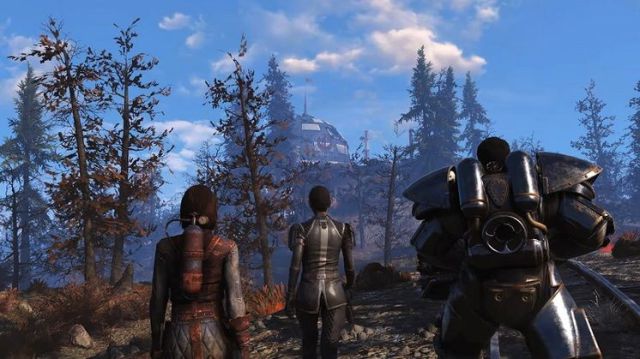 In this way, everyone who has the level 20 necessary to enter the content of this expansion, can now do so. It is worth mentioning that the progression boards of the season pass are not affected by the arrival of the DLC, so we can continue to complete them at our own pace without problem. In fact, we can do it with more reason now that we have all the new content in the form of missions that, obviously, will be transformed into juicy rewards of XP, weapons, armor and much more.

The Brotherhood of Steel; origin, lore and version of Fallout 76

With their first appearance in the original Fallout of 1997, the Brotherhood of Steel is one of the most recognized groups of the lore of the saga and that has served as an icon many times thanks to its mythical Power Armor. Loved and hated in equal measure, the Brotherhood has been present more directly or less in all the installments of the franchise. Therefore, Fallout 76 could not be less. Even so, uncertainty arose in the community as soon as this expansion and the arrival of the Brotherhood to the game were announced because, according to the lore, the time in which this online delivery is located is one hundred years prior to its official foundation. 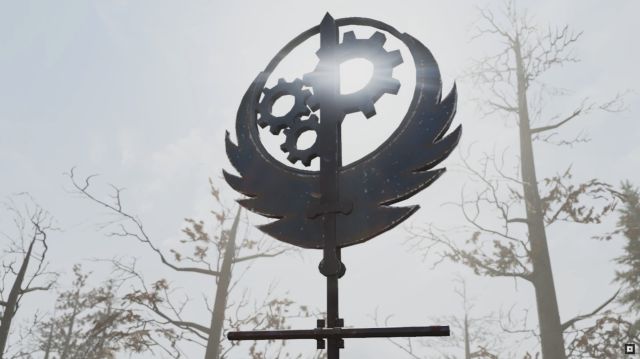 This has a valid plot explanation that we will discover by heading to the Atlas Observatory and meeting the remaining members of the local Brotherhood faction. As we progress through the content of the expansion and meet the other members of the Brotherhood, we will discover that it is actually a division of Rangers called Thunder 75 and that some time ago they met Lieutenant Roger Maxson, who later founded the Brotherhood in California. Thus, a subunit was created that remained in Appalacia and managed to survive the fall of the bombs.

In order to put you in context about the basics of the Brotherhood, we can say that it is a techno-religious organization formed by Deserters from the United States Army during the last moments of the Great War. He was born in Califormia when these soldiers discovered the horrible experiments taking place at the Mariposa base, which they had to protect. As a result of the experiments that were carried out there with genetic engineering known as VEF (Forced Evolutionary Virus), aimed at enhancing the physical and mental abilities of the soldiers, the well-known super mutants arose (yes, it is a story for another day, already that it is an extensive lore that gives for its own report). 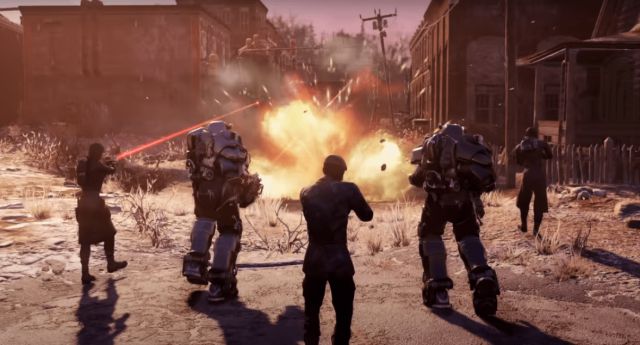 Its main objective is the collection of knowledge and technology, as well as the development of new weapons in order to rebuild the world little by little. However, originally their objectives were not related to helping the weak and protecting the different communities, but they closed in on themselves to worry only about their own. This changed with the arrival of Elder Lyons to the mandate, who decided to open the doors of the Brotherhood somewhat to new recruits due to the fact that the number was decreasing and they feared a possible extinction.

Rewinding to the events of Fallout 76 at hand, we find the unit led by Lieutenant Taggerdy who ran into Maxson some time ago and began gathering allies at “Adventure Camp”, whom they helped as they continued with their main mission based in accumulating technology from the past to face an uncertain future. Little by little, they took over more territory until they dominated a good part of the eastern part of the region. But they were not alone, since the Protectors also increased their influence in the territory. For this reason, they established an alliance to be able to face local threats and wage a war to eliminate the super mutants.

However, after numerous fights against other enemies such as the Scorched, one of them was lethal to Lieutenant Taggerdy herself and the other members of the Brotherhood. Irremediably, they lost all their influence in the region and who we meet in the expansion of Steel Dawn are a scouting party sent by Maxson himself to find out exactly what happened to the Brotherhood faction in Appalacia.

In order to know everything and more about the lore that Steel Dawn brings with it, we can both carry out the main missions and talk with its protagonist NPCs and, of course, visit the key locations where all the clashes and historical events that we have left you took place summarized above. In general, the level of the missions has seemed good to us. They are not the best we have played in relation to the Brotherhood (since the bar is very high if you look at other installments of the saga), but they are fresh and innovative in the context of Fallout 76. Also, they allow us to take a series of decisions that will eventually lead to one end or another, not to mention the open outcome posed by the main mission after the approximately three hours it took us to put an end to it.

Lore and story missions aren’t the only new features coming to Fallout 76 with Steel Dawn. How could it be otherwise, since we are dealing with the Brotherhood, we can expect to receive new pieces of power armor as well as other exclusive armor and weapons that every good son of the Wasteland will be happy to add to their personal collection: a plasma shortener, a missile launcher and a pistol that we can get by completing the daily operations of the Brotherhood.

On the other hand, new species of enemies also await us to defeat that, either alone or accompanied by good friends, we can hunt to obtain the corresponding loot each time. Regarding this, we welcome two new companions: a doctor and a cook who will have unlocked a series of particular missions and will be able to visit our C.A.M.P. to get comfortable.

The bunker system is also a new arrival with Steel Dawn. It will allow us to create a kind of underground shelters of our own C.A.M.P. plot, something that will give a lot of play to transform our settlement into that place we always dream of, combining a land base with a secret underground shelter. This is very interesting for those who enjoy decorating their virtual home in Fallout 76, which has more and more customization options.

A promising future; more and better

From everything we’ve played and seen in Steel Dawn, one thing is clear: this is the way to go. If Bethesda commits to continue expanding Fallout 76 with free expansions and DLC, constantly adding content and pampering their work, we have no doubt that in a while it will become the game that all fans of the saga dream of when it was announced years ago. For now we will continue exploring the Wasteland and living a thousand and one adventures, this time with the Brotherhood of Steel and in the future … who knows? 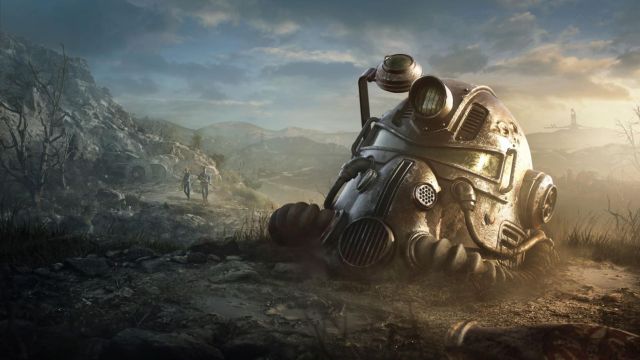