You are here: Home / News / Riders Republic, a new MMO for extreme sports with up to 50 people 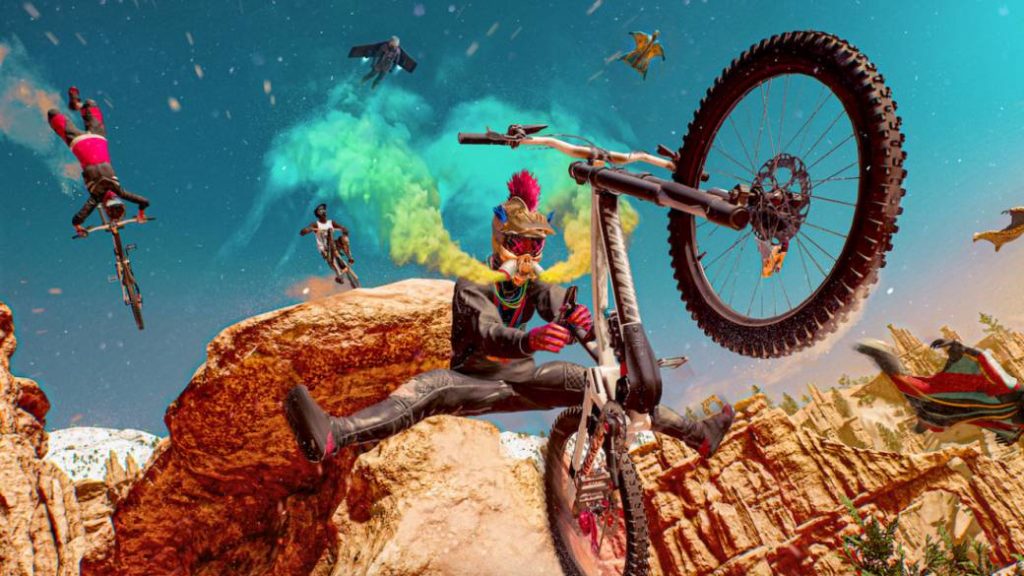 Up to 50 players can simultaneously bike, snowboard, wingsuit, and skydive in the new open world game from the creators of Steep.

During its second Ubisoft Forward, the French company announced a game that no one was counting on, but that has become one of the most interesting of the entire event. We are talking about Riders Republic, a new IP from the creators of Steep that offers us to enjoy all kinds of sports, most of them extreme, and to do so in tests in which up to 50 players can participate at the same time. The title will be an open world that collects and combines the most emblematic places of several American natural parks, such as Bryce Canyon, Canyonlands, Grand Teton, Mammoth Mountain, Sequoia Park, Yosemite Valley and Zion National Park. It will put the best and most varied environments of these at our disposal so that we can practice with a huge online community sports such as cycling, snowboarding, wingsuit, parachuting … and many more disciplines.

Jump into a massive multiplayer playground with @RidersRepublic on 25 February 2021! pic.twitter.com/cQpTrJMvtd

Although it has the ambition to be a sports MMO, if the idea of ​​winning your bread against 50 other people does not appeal to you, Riders Republic also includes different modes, tournaments and disciplines in which the number of participants varies. A title, in short, that seeks to adapt to everyone and cover everything, and that will arrive on February 25, 2021. It will be available both for the new generation (PC, Google Stadia, PS5 and Xbox Series XIS) and for the current one ( PS4 and Xbox One), although in these it will only allow 20 people per game and will not reach 60 images per second.

The rest of the news from Ubisoft Forward

The second Ubisoft Forward of this fateful 2020 (whose streaming you can relive with us here) has surprised everyone and has made these last days of summer happy. The digital event of the French company has been full of news, surprises and returns, especially returns. On the one hand, Immortals: Fenyx Rising has punched the table. The new IP of the creators of Assassin’s Creed Odyssey is now ready, it has been shown in an extensive gameplay and has confirmed that it will arrive this same Christmas. On the other, many of our favorite characters return: the Prince of Persia, Scott Pilgrim and even Sam Fisher, who will be the main protagonist of the new season of Rainbow Six Siege. And as a culmination we have had two announcements that nobody expected: Rider’s Republic, an amazing sports MMO, and the stellar appearance of El Rubius in Watch Dogs Legion, already around the corner.