You are here: Home / News / Rocket Arena – play for free over the weekend on Xbox One and PC 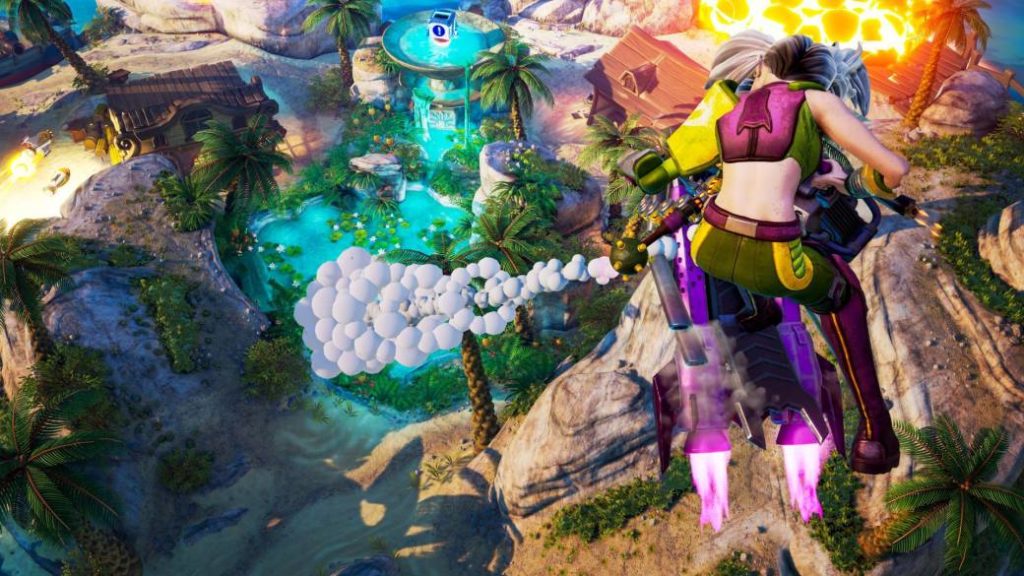 Just a few days ago, Rocket Arena was released on PlayStation 4, Xbox One, and PC. The title developed by Final Strike Games and edited by Elecronic Arts under the EA Originals label was not released as free-to-play, but as a commercial game. Now, the studio wants to publicize their project, that people try it for a few days and decide if it is worth it. Therefore, they have announced a free weekend. Additionally, the standard edition will be available in EA Access and Origin Access Basic starting July 31.

Access to the free weekend will be open on both Xbox One and PC (via Steam). On the first of the platforms, the test will last until August 2 at 11:59 p.m. PT (8:59 AM EDT), while compatible players will have until August 3 at 10: 00 PT (7:00 p.m.). Thus, there will be no free trial on PlayStation 4, but there will be a considerable discount on the PlayStation Store.

83% discount on the Sony console

Surprisingly, EA and Sony Interactive Entertainment have reported a rather aggressive discount for Rocket Arena. Taking into account that its launch occurred on July 14, only two weeks have passed and it has already dropped in price. The 83% discount will be temporary, but players will be able to take advantage of it until August 20. Thus, the official price of 29.99 euros is drastically reduced to an attractive 5.05 euros.

Rocket Arena puts on screen a team of three against three that compete with rockets in their hands. The games, which take place with crazy and adrenaline-fueled moments, are truffled with elements from several very disparate games, titles like Super Smash Bros. or Quake.