You are here: Home / Double Eleven / Rust shows in detail its versions of PS4 Pro and Xbox One X 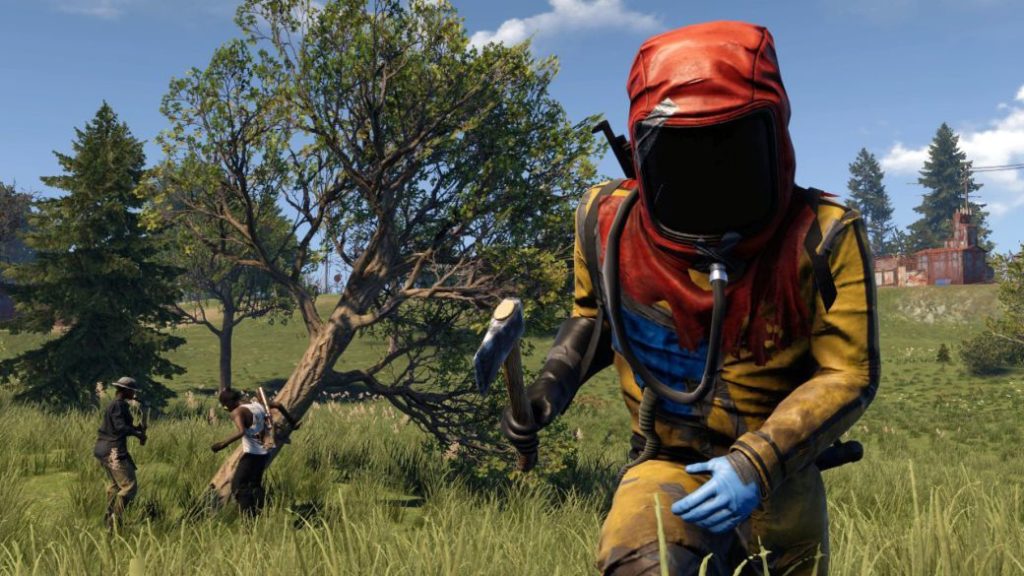 Double Eleven has posted more than 20 minutes of video between the two platforms. The new version, called the Console Edition, will arrive in the spring.

It has already rained since Facepunch Studios, the British team responsible for the popular Garry’s Mod, considered imitating and refining the DayZ formula (also mod for ArmA 2). The result was Rust, an online zombie survival multiplayer that didn’t initially take the world by surprise, but it evolved and found its own identity – getting rid of even zombies – incorporating Minecraft-like crafting, and finally exploding in popularity when youtubers and twitchers used it as a playground for events like Evoland. Of course, although successful, until now the experience had been limited to PC, something that Facepunch Studios is going to remedy with a Console Edition for PS4 and Xbox One of which a new gameplay has been published yesterday.

In a press release shared by Double Eleven, also a British studio in charge of these specific versions, the possibility of continuing to compete with up to 100 simultaneous players is emphasized. Console Edition promises to preserve the virtues of the intense PC version, defined by its creators as “not suitable for the faint of heart”, where each player receives a stone and a torch as the only tools with which to begin to carve out a future attempt in a world where not only other users can threaten our survival. Naturally, achieving a good technical conversion is also one of the priority aspects, and to demonstrate this they have published two videos of the game running on PlayStation 4 Pro and Xbox One X that illustrate its current state – in addition to its mechanics and the situations that can lead to the dreaded, but expected death.

Unfortunately, this update still doesn’t confirm the promised beta date, or whether there will be PC cross-play – a vital detail – although the Console Edition is slated for spring this year, so it shouldn’t take long. formalize said information.