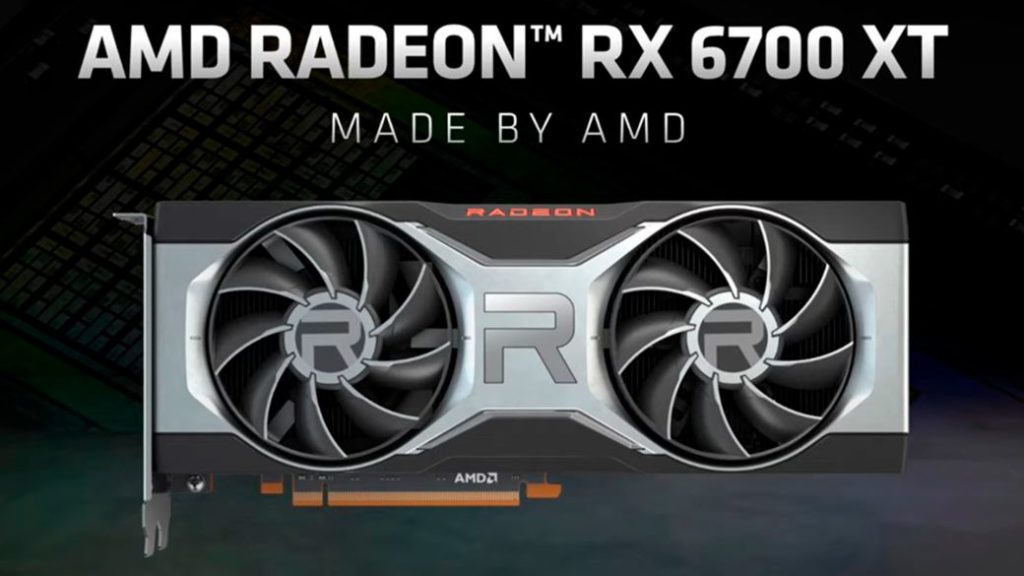 The new AMD graphics card the RX 6700 XT was presented today through a digital event where Scott Herkelmann, corporate vice president and general manager of the graphics division of the American company with the Xbox Series X and the PS5 in the background, He stressed that 2020 was the most important year in terms of gaming, since there were 3,100,000,000 million players, which represents almost forty percent of the world population and this translated into a revenue of almost 174 million dollars within this industry . With this, in the voice of the manager, it is clear that the console, PC and mobile gaming industry is one of the largest in terms of entertainment around the world.

Recapitulating on the strong investment they have had in the field of graphics with patents such as Radeon Anti-Lag, Radeon boost and AMD Smart Access Memory. The Californian company took the opportunity to announce that this latest technology, focused on improving performance in PC gaming, will be available in the Ryzen 3000 processor line, providing an increase of up to 16% in performance.

Underlining the energy efficiency of RDNA 2 technology, which will give up to 65% higher performance per watt, Herkelmann presented the new processor of the new GPU, the RX 6700 XT, which will be part of the following architecture:

This card will have as its main focus the resolutions of 1440p, the segment that according to the brand, is the one that has grown the most year after year with 44% above the growth of 4K that increased by 41% vs 23% of Full HD . An interesting data they presented is the increase in the speeds of the refresh rate on the monitors, since more than 98% of consumers play at speeds above 100 hz in 1440p resolutions. It was under this rationale that they created this latest graphics card. 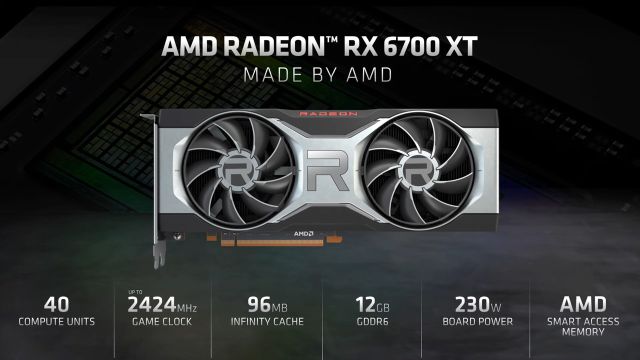 Part of the changes in the design of this card, come from the hand of fans that generate less noise and that also have the ability to operate at 0 revolutions per second, which implies lower energy consumption and therefore decibels. In the same way, they optimized the internal heatsinks and the aluminum layer.

Among the comparisons they made, it is noteworthy that they compared them with NVIDIA’s RTX 2080 SUPER in games like Assassin’s Creed Valhalla, Borderlands 3, Call of Duty: Black Ops Cold War, Cyberpunk 2077 and Dirt 5. 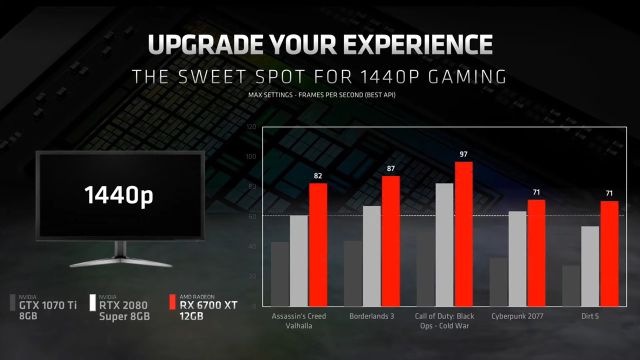 In this presentation it is worth highlighting the argument they gave to provide this 12 GB memory card and that is that games such as CODBOCW, Dirt 5, Horizon Zero Dawn and Red Dead Redemption 2 consume more than the average 8 GB that the GPUS of their competence.

It is worth highlighting the comparison they made in 1440p resolutions with the newest NVIDIA linear, specifically with the RTX 3060 Ti and the RTX 3070, which we can see in the following table. 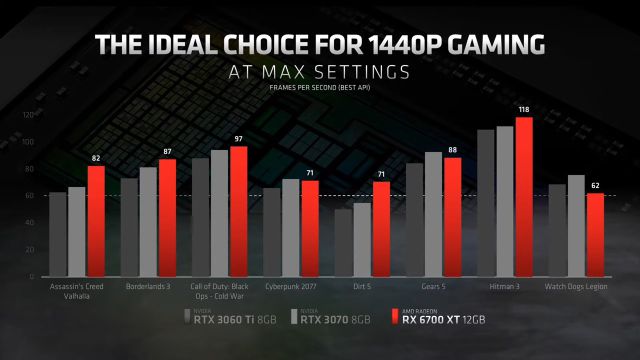 Like the other RX 6000 series GPUS introduced above, the RX 6700 XT will have Ray Tracing support, the other visual patents that make up Fidelity FX, Radeon Anti-Lag, Radeon Boost, support for AMD FreeSync and DX12 monitors.

Something that caught the attention is that AMD confirmed in this presentation that Resident Evil Village on PC will have ray tracing and FidelityFX.

Pair yours with a @Radeon RX 6000 Series graphics card to enjoy increased performance in your favorite games. https://t.co/Akm0gkFMiD pic.twitter.com/v0BhPmDvZm