You are here: Home / Review / Shantae And The Seven Sirens, Reviews 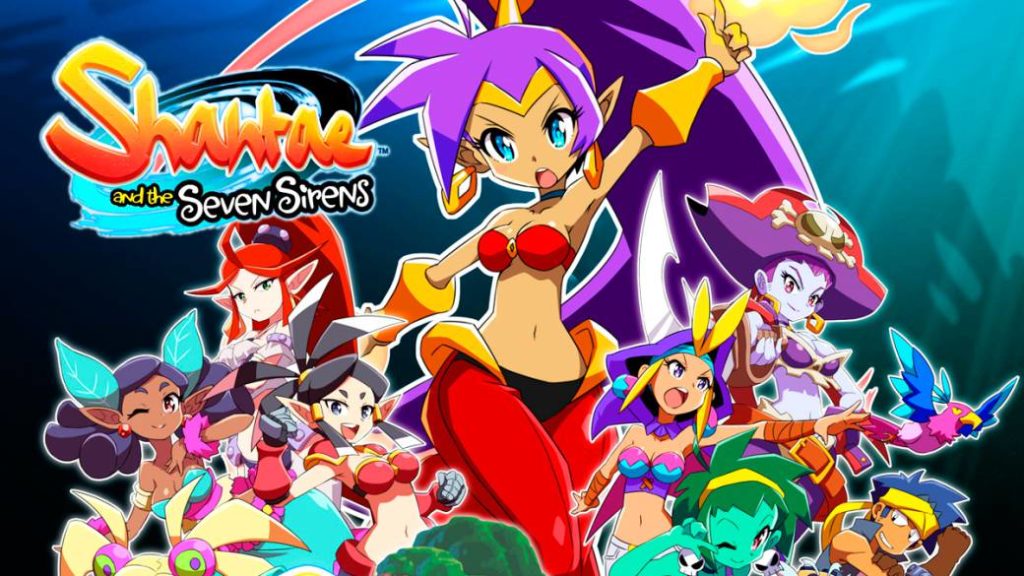 The adorable semi-genius returns in a very summery adventure and relaxed platform.

The story behind the Shantae saga is an adventure of self-improvement and how to resurface from a bumpy premiere. Wayforward aspired to have a platform mascot that lived up to the charismatic heroes of the genre, like Sonic or Mario Bros. We recently told you how Shantae, the adorable oriental dancer, was born from the mind of Erin and Matt Bozon and how she survived a discreet success. of sales. Finally, and after overcoming various obstacles, Wayforward managed to establish itself as an independent studio. And it is that the title of Shantae had earned the affection of a small community thanks to a charming protagonist, a fun level system with just the challenge and an innocent sense of humor. The legacy continued in titles like Shantae And The Pirate’s Curse and Shantae Half-Genie Hero. His latest installment, Shantae And The Seven Sirens (Windows PC, PS4, Xbox One, Nintendo Switch, iOS).

Shantae is defined by a very defined 2D metroidvania formula that, with slight changes, has been present throughout each installment: the semi-genius must explore different locations and dungeons that will offer important and inaccessible corners until we achieve a specific power that allows us progress, find the final boss and achieve one of the objectives. Also, there is no shortage of collectibles that, being optional, offer a juicy reward for the most complete players. To all this is added the own universe of Shantae, with his friends and habitual archenemies, who make a familiar and cozy lore for the player, who will receive with affection each one of the appearances of the habitual characters in the saga.

Aware of what works in its star series, Wayforward bets on the same recipe in Shantae And The Seven Sirens, with a very strong narrative structure. In this adventure, the dancer goes on vacation to Paradise Island with her friends, and a festival takes place there, enlivened by herself and other semi-geniuses. But the holiday twists during the dress rehearsal: the half-geniuses have been kidnapped, and our little heroine must save them. From our accommodation in Arena Town, we will go to the rescue of our companions following the following steps: we will receive a clue about our next destination, we will go through a labyrinth where we will free the semi-genius in question, this will grant us an animal metamorphosis and we will be able to access the nest of evil where an evil nymph lives that we must defeat. After completing the chapter, we must complete a brief mission for the rescued semi-genius in exchange for her giving us a magic dance that will invoke a power of nature that will allow us access to the next phase, in addition to revisiting places that were previously outside scope. The map will be a good ally when guiding us, both through the mazes of Paradise Island and through the dungeons. 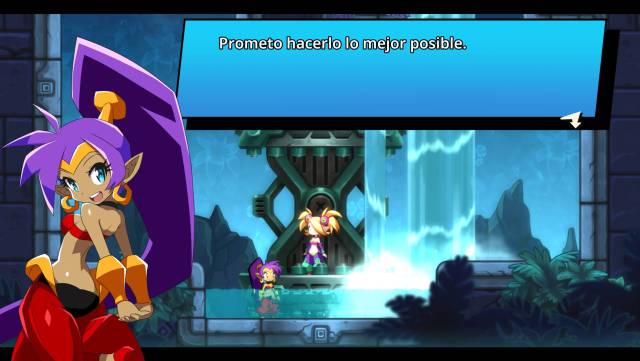 Outside the security of our hotel, we will walk paths crowded with dangers and monsters that will hinder our mission. Facing the latter is optional, if we want to get food and / or restore magic and health, although we can break through ignoring the vast majority without any problem. Also, we will be able to obtain monster cards – the biggest novelty in this installment -, which give us extra advantages if we equip them up to a maximum of three. The collectibles in this installment consist of the well-known heart squid that will increase our health capacity, and gold nuggets that we can exchange for nymph cards with more seductive power-ups.

The easiest dance of the semigenio 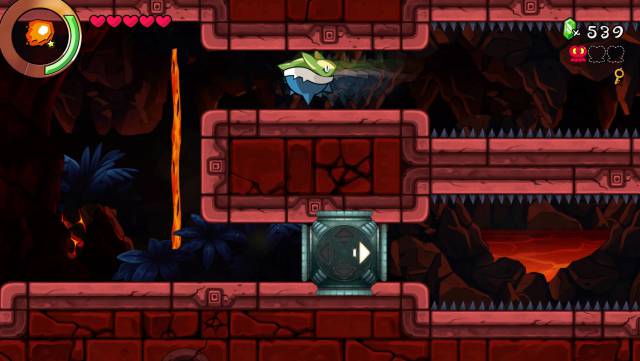 Completing 100% Shantae And The Seven Sirens will require not only getting the story, but all the collectibles, which encourages thorough map exploration, overcoming some extra challenge, and using ingenuity to uncover secrets. Unlike Pirate’s Curse, there is no penalty for leaving us treasures or squid, although extras can encourage us to become speedruns of the game. Thus, a first lap can last about 10-15 hours, depending on our collectors wishes. After passing the game, we will unlock a new game mode, with more magic and less resistance, which can encourage those who want a second round with more adrenaline.

As for difficulty, perhaps Shantae And The Seven Sirens is the most relaxed title in the series. Muscle memory adapts very easily to the rhythm and precision of jumps, and synchronizing ourselves to avoid cheating will be as simple as it is satisfying. In themselves, the adventures of semi-genius are characterized by a fair but affordable challenge, in contrast to other works of the genre that show a great difficulty. As for Seven Sirens, we will find ourselves with smoother challenges and very easy to overcome as soon as we get fluent with the controls and memorize the mechanism of each cheat, and it is a very grateful title for all audiences looking for an animated game, but relaxed and not causing any kind of frustration. Likewise, each nymph offers a unique combat that examines the transformations acquired, with the last battle being the longest and most demanding. However, it won’t take long for us to have a certain feeling of overcompensation with respect to our enemies: getting all the items in the store will be very easy, and we will soon reach the maximum gem limit. Thus, we will almost always go with a generous inventory that will make us feel too supplied.

A jovial and summer adventure 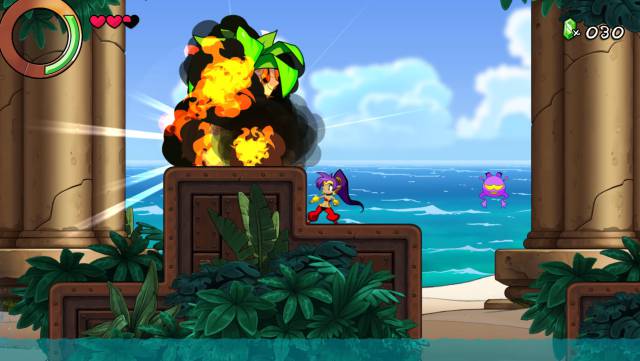 Soundtrack and stage design are perhaps the least favored parts in Shantae And The Seven Sirens. From the official Twitter account of Wayforward, they confirmed that Jake Kaufman, a regular in the saga, was not available for this new project, so they have had a team of composers led by Professor Sakamoto, specialized in chiptune. And, although it tries to recreate the jovial and oriental stamp of the original, it fails to permeate the player’s mind beyond its catchy opening theme, sung by Cristina Vee, and some exceptions. As for the scenarios, we will see how some dungeons and minor enemies are too similar to those of other games in the franchise, while we want Wayforward to squeeze more of an imagination that has already been demonstrated on several occasions and that here is limited to anecdotal moments.

Shantae And The Seven Sirens, on the other hand, is a title that awakens a joyous feeling in the player, caused by an innocent sense of humor, a colorful setting, and a simple story in which goodness triumphs. Shantae’s charm, as well as the rest of the female characters, resides not only in an obvious sensuality, but in an overwhelming and magnetic personality. With the flavor of anime like Ranma ½ and Nadia, who inspired the creation of the semi-genius, Shantae sports animation sequences that embellish the title in a remarkable way. The interactions of the characters are enriched by the dubbing in English, although this is limited to a few short sentences that underline the written dialogues. The localization to Spanish, undoubtedly, represents an improvement over Half-Genie Hero, despite occasional defects such as the translation of siren by nymph, or some food dishes whose name does not correspond to what we see on screen.

Perhaps Shantae’s hectic vacation isn’t the most spectacular on a creative level, but it does provide relaxation for players looking to get started in the genre or who like a lively game without the slightest stress. But above all, Shantae maintains its magic: mischief and comedy that will leave us with a taste of sea breeze. 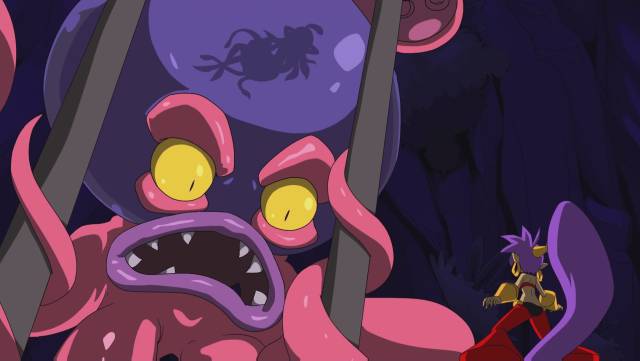 Shantae And The Seven Sirens may be the least challenging installment in the series, especially due to the overcompensation that we will achieve shortly after acquiring dances and metamorphoses, in addition to the ease with which we will obtain an abundant inventory. Shantae’s formula continues to work, with his incentive for collecting and very grateful and easy to master mechanics. On the other hand, despite an uninspired level design, the holiday adventure of our semi-genius continues to stand out for its innocent humor, the celebration of sensuality and a festive story that claims goodness.