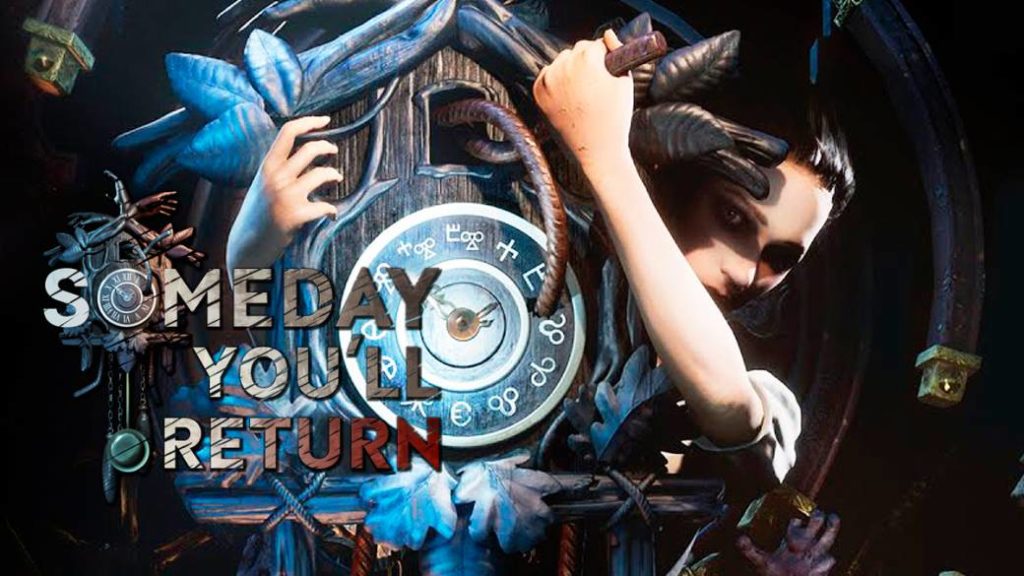 A new horror play with interesting ideas and a remarkable setting, with some execution problems.

Horror is a genre that worries us. We read horror books, watch horror movies, and play horror games to experience fear, a primitive negative emotion associated with danger. The fact why we like to experience this emotion is still a mystery that we can hardly solve. And is that the unknown also causes us fear. On this occasion, we delve into the terror of the unknown with Someday You’ll Return, a game with a great narrative weight and dark history, where space-time will take your characters to a destination from which they will not be able to escape. 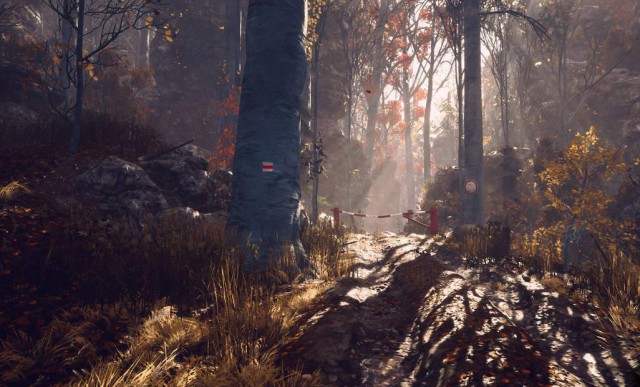 With the help of the Czech studio CBE Software, also known by titles like J.U.L.I.A Among the Stars, we are located in the forests of Moravia where we will play Daniel, a father who will go out in search of his missing daughter Stella. 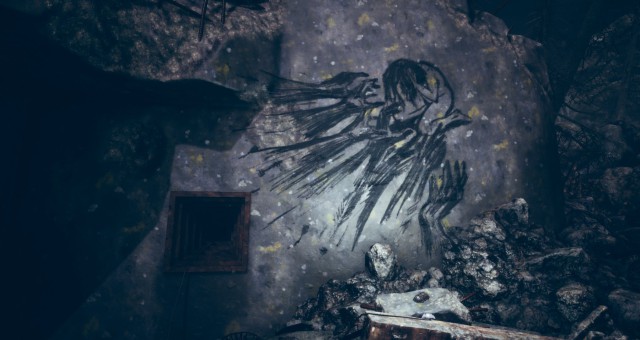 Someday You’ll Return is a first person psychological horror game based on the Moravian forests located in the Czech Republic. We put ourselves in the shoes of Daniel, a father who returns to the place to which he swore not to return in search of his missing daughter. In this title we find some classic tributes of the genre, such as Silent Hill, with a start that may well resemble the original, in addition to sharing similarities both at the plot level and its recurring use of an opaque haze. This is not the only title the game refers to, but it also honors games like Outlast, Blair Witch, Amnesia and Firewatch. Do all these references fit together to create a good psychological horror title to match? Prepare the torch and your climbing rope as we head to the dark heart of Moravia. 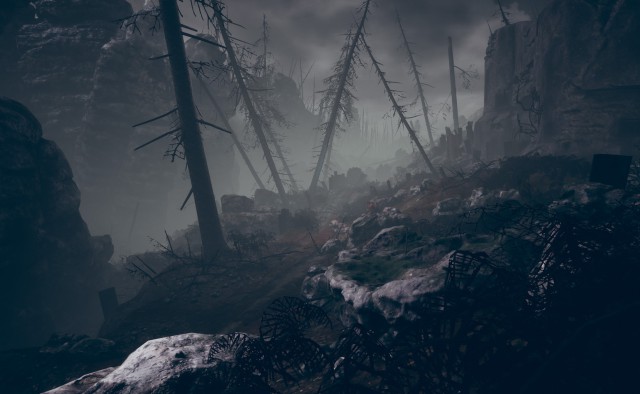 Daniel goes to pick up his daughter Stella from school as usual, until they tell him that she has left before his usual time. Puzzled, he tries to find his daughter’s location through his GPS and as revealed by his location: Stella is in the Moravian forest. And it is precisely that Daniel knows that forest better than anyone.

During the game, we will explore the forest to find Stella, a land that Daniel is intimately familiar with for spending his summer in the forest camp during his childhood. The landscapes in the game capture a grim beauty: the warm autumn leaves wrapped in sunlight fade and decompose in the dark; where the luminosity of the moon will give rise to another world full of supernatural forces. During the day we will visit beautiful wild and warm environments, and at night the forest assumes another role, where we find ourselves in a much more gloomy, disturbing environment that seems to have a life of its own. And where should we flee from the nicknamed “beast”, a night figure that will not give us easy truce. In this sense, in the game these moments are well rationed by dividing the gameplay into different cycles of day and night, where the irrational occurs in the darkest hours, maintaining a good balance between exploration and action. 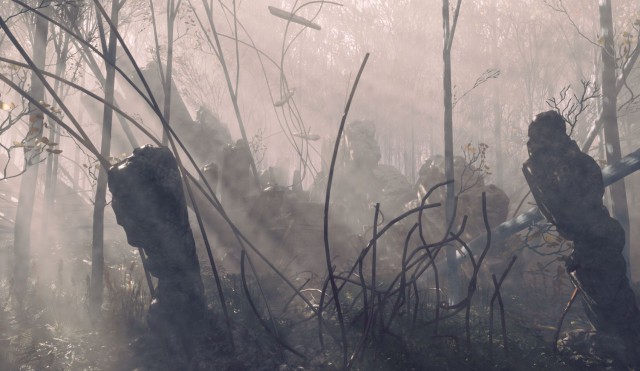 At the stage level, we find an interesting contrast between concrete ruins, symbols of modern decadence, religious elements and natural and historical landscapes worthy of aesthetic preservation throughout the game. Classical myths and rural mysticism is present throughout the game, trying to make us believe a reality that only we can decipher. The combination of its settings and its sound section makes Someday You’ll Return, a title that manages to penetrate perfectly into its dark atmosphere, prompting us to observe its surroundings with our eyes wide open.

The awakening of the beast 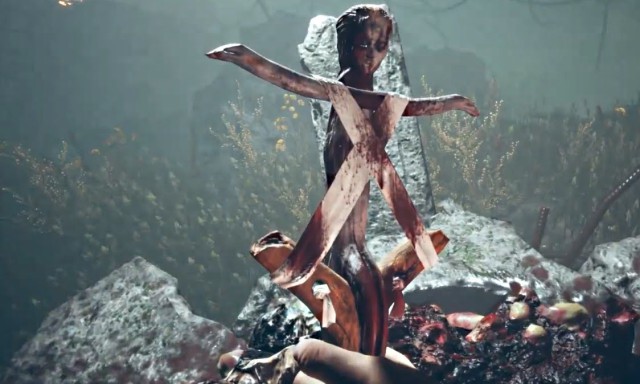 The game presents enemies and dangers that require evasion and stealth, although this is one of the weakest points of the title. This time stealth usage feels a little loose in the game and will be subject to quick kill by off-screen threats when creatures or the beast itself attacks us. Luckily, we will have generous auto-saves to streamline these sections and continue with the plot.

We will not only visit the forest, but we will find many other covered scenarios; like the old abandoned camp, the bunker, the chapel, and other closed scenarios that we can visit and stay in, yes, although not for long. Initially, one of the ways in which we will contact Stella will be through our mobile phone through the use of GPS, as well as to communicate with other characters to better understand the development of events. One of the drawbacks that we will find with it, is that being located in the forest regularly we will not have coverage on our device, so we will really use it for the convenience of the script at specific times. In addition to Stella, we will also have some additional characters in the game. 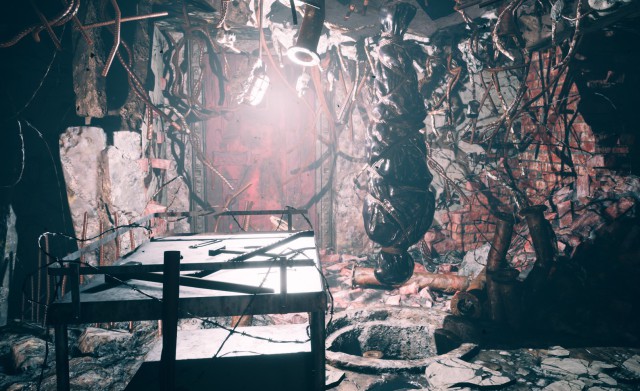 As we get closer to Stella, we will begin to unlock memories of Daniel’s past, memories that begin to reveal more about him and about the forest in a quite different light. The landscapes begin to fill with underground horrors, where the personality of our protagonist will be completely affected with the passage of these events.

The game has exploration mechanics and we will find riddles to solve to advance in the plot, in addition to having an interesting crafting system. While the puzzles we’ll be finding in the plot are not very challenging, the inventory-based puzzles make up for the simplicity of the above, making them more entertaining. 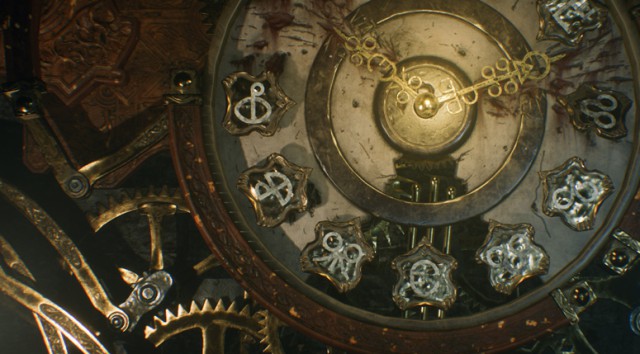 As for the crafting system, we can create or inspect objects through inventory with some interesting creation possibilities or we can use the herbalism. With the latter, we will unlock the ability to make healing potions of the many plants that grow around the forest, connecting the environment with the character and its mechanics. We will have to follow the order, the exact type of cut and a specific methodology that we find in the old recipe book to prepare potions, curing Daniel’s ailments and connecting him on a deeper level with an older and more magical world. That being said, unless we are good forecasters with our herb inventory, the dive in searching for nearby herbs may occasionally break. Still, together, the exploration, puzzle solving, crafting system, and action pieces all create a horror adventure at a good pace. It is not a bug-free game, but it is not serious enough considering its set.

The power to say a lot, with a little

The game brings together some elements in interesting ways, combining them with the environment and creating a feeling of uncertainty that manages to surprise us to the end. Our feeling of danger at night will be constant, although we will experience fear intensely and briefly. A more perplexing feeling still to always leave us wanting more. With an approximate duration of 15 to 20 hours, it is an unusually long game with different endings that could have benefited from some slight improvements. 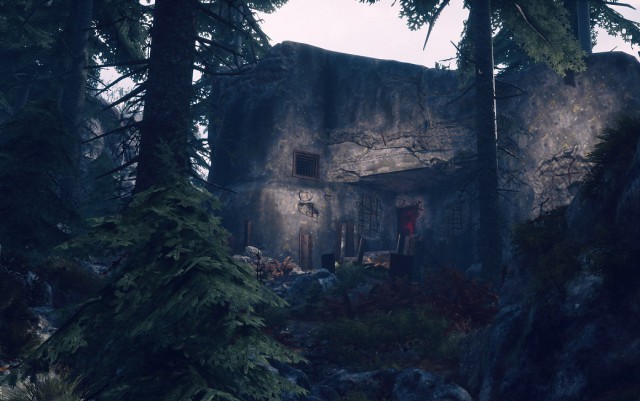 Its music, its aesthetic section and its developed plot, make Someday You’ll Return a good horror title for lovers of the genre. Its immersion in history and its development will make us continue playing it to the end, at least to try to unveil many questions that have been asked and remain from the beginning. The use of classical Czech myths, their own folklore, and rural mysticism fit into a cautious scenario where they do not show us excessively, and which manages to cause terror. And that always adds up. Altogether, everything acquires a complexity and a sense that is appreciated and that makes the title an elaborate and enjoyable proposal. A good result orchestrated by a team of two unique members Jan Kavan and Lukáš Medek, who have been able to create a good job with an interesting narrative proposal.

Someday You’ll Return becomes a psychological terror with some aspects to polish, making an interesting proposal together and where this time, it reminds us why the genre is so attractive when things are done well.