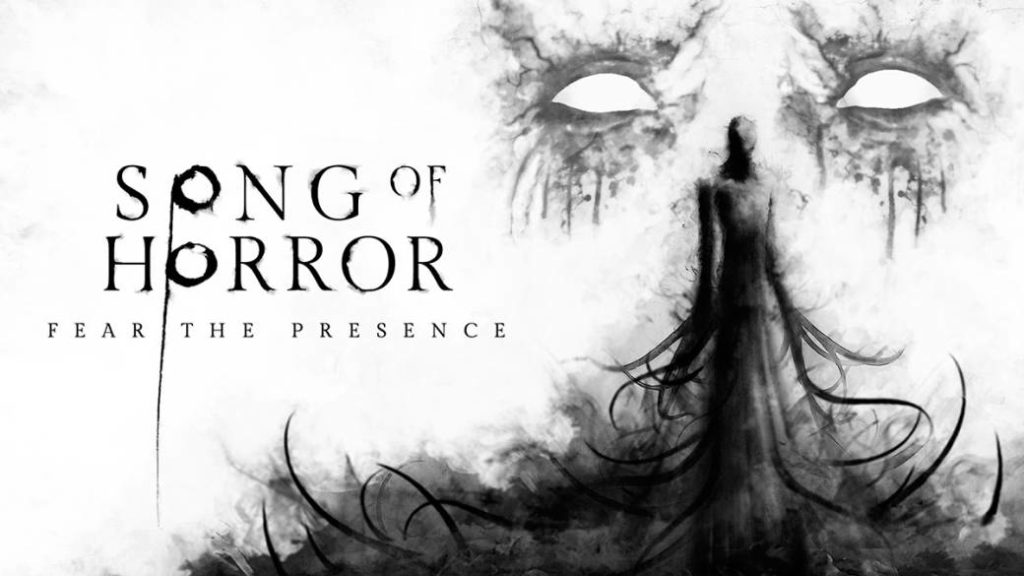 Protocol Games proposes a distressing adventure inspired by classic survival horror, but with its own identity.

Survival horror is characterized by reminding the player of his vulnerability. Unlike action titles like Doom, Survival Applied to Fear reminds us that we are not a trained military man with a battle-ready arsenal. In this genre, we become fragile and human again, with scarce tools and in a situation of very decompensated inferiority in the face of a supernatural and uncontrollable threat. Thus Silent Hill constantly relayed to us that no real escape from the cursed town was possible and Resident Evil, before drifting into classic action, kept us at bay with a bare-bones inventory and resources as minimal as vital to surviving the dangers of Raccoon. City. Inspired by two sagas that made history in the horror genre, Song of Horror, from Protocol Games and Raiser Games, proposes a chilling adventure, with very original mechanics and a feeling of incessant anguish thanks to adaptive artificial intelligence. Since last May, we have the Complete Edition that includes the 5 episodes for Windows PC.

With an eye on the classics

The Spanish study Protocol Games not only starts from the basic ingredients that made Silent Hill and Resident Evil so special in the middle, but has managed to find its own identity, beyond the occasional winks to other works and without giving up the precepts classics of the genre. Song of Horror is a title that keeps us in constant anguish, where we fear at every turn thanks to adaptive artificial intelligence. Each episode comprises a different scenario, in which our protagonist will go after the mystery hidden behind a cursed song that has condemned everyone who listens to it. By exploring and solving puzzles, we will unravel the enigma that surrounds the unfortunate melody and its victims, but we will have a dangerous enemy: Presence. This entity will stalk the player and plan their attacks based on their behavior, in such a way that in each game we will suffer different scares and we will face it at different times. Thus, we will try to be very careful while the alert does not stop that we encounter an unpleasant situation.

The handling, according to the camera, will be the tank style that we met in the classic Resident Evil and that may be somewhat obsolete for some users, The exploration of the scenarios will require great attention, since we will have to illuminate with our light source (candle, lighter, etc.) the parts of our environment to find essential clues and objects when solving puzzles. As for the difficulty of these, some of these may be somewhat convoluted, although others do offer a fair challenge. Each of the characters will also offer a unique perspective with their comments regarding the advancement of the story: this way Sophie will remember her relationship with Daniel, one of the key protagonists; while Alexander will be able to read the testimonies in Russian of his wife. In turn, each character has a series of characteristics that will give him advantages and disadvantages in his journey. However, perhaps the narrative is the weakest point of the game; The development of the events and the investigation of the cursed song can be very slow, with certain coherence holes and with some somewhat predictable script twists for horror lovers. Likewise, although each episode can last 3-4 hours, our game will be prolonged due to the times we lose our characters —with a very possible total party kill—, whether it is due to having fallen victims of the Presence or taking the wrong choice.

The fragility against the immeasurable terror

Because what is the worst that can happen to us during the game? The Presence can scare us with some event that has no other consequences than destabilizing our character and causing us to lose heart. But when we really must fear its manifestation is when it attacks us directly, giving way to one of the mini-games that we must complete to keep it at bay. The variety of these encounters will be completed as we progress in the game chapters, which will add freshness to the game. Block a door through which you try to access, hide from a chase and calm our heartbeats, hold your breath until a monster with a keen ear disappears, dispel the appearances through the light directed by a mirror and some exclusive events of some episode. On these, skills such as synchronization and speed of reflexes are required that will be tested along with our nerves, since in each encounter with the Presence we risk losing our protagonist and, in some cases, losing all the progress of the chapter. On the other hand, some of the minigames are not very intuitive, like the one in El Silencio, in which visual guidance does not always correspond to the required actions.

Added to these meetings is a very original mechanism that will prevent us from rushing during our exploration: listening through doors. Before crossing to another room, we will be offered the option of listening to what is on the other side: if only silence answers us, we will know that there is no danger, instead, a cry, laugh or any other suspicious noise is the announcement of a certain death if curiosity ends up defeating prudence. On the other hand, we will also face decisions on whether to investigate some element of the scenario more thoroughly, which can have two results: progress in the investigation or die on the spot. In this last section, more clues are missing in order to find the correct answer without having to sacrifice a character or the game itself. 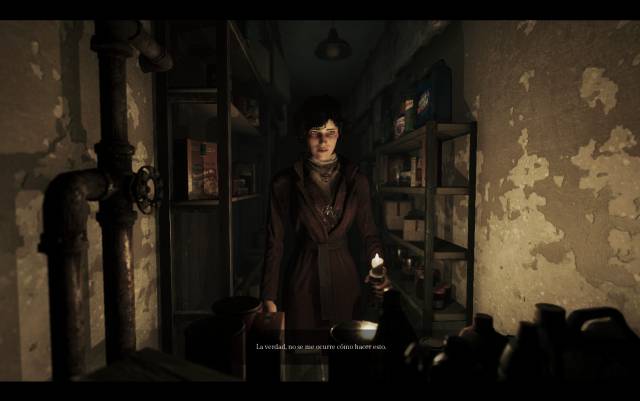 The primary terror, the most effective

The terror of Song of Horror is a fabric composed of different characteristics, of which each maintains an important role. The aforementioned uncertainty is linked to the permanent death of the characters available in each episode; failing a minigame or making an incorrect decision means the loss of our protagonist, so we must continue with another. In case of losing all the characters, we must start the chapter from the beginning. Saving the game will not be a saving, since when recording we will leave the game immediately, with we will not have the easy resource to load if something goes wrong. However, the ETA Hoffmann mode offers the possibility to restart the game from the last control point without losing our character, which offers a more relaxed experience for the most apprehensive players.

Likewise, Song of Horror draws on the most primal and simplest fears to create an atmosphere of excellent psychological terror. Without resorting to gore or effect, we are faced with a title in which each decision of its setting is a success: absence of lighting, beautiful graphics and muted tones, almost absolute solitude, vulnerability to greater danger; the still camera and its clever shots and an excellent soundtrack that instills suspense in every song. The imaginary of the monsters we face is not the most grotesque thing we have seen in the middle, but it does not need it either, since the Lovecraftian-style hint very well maintains the balance between the explicit and the hidden.

The scares that Presence gives us will not only be different in each game and depending on our style of play: these will be original and will not only be limited to the game environment itself. Even the most predictable shocks can surprise us and both our protagonist and we will need a little pause to compose ourselves. The excellent exhaustive localization of texts – with English voices -, in turn, makes the title very immersive even if we are not playing in the dark and with helmets. The typeface, previously at the limit of the illegible, has been improved for reading, and the accessibility of the game to people with hearing difficulties should also be praised.

In conclusion, Song of Horror is aware of the works that have inspired both its game system, setting and history, and involves the player in it. And, despite this, it has managed to find its own identity that makes it an unforgettable title with which we should not let our guard down for an instant, and that will leave us with a chill that will last long after turning off the PC. 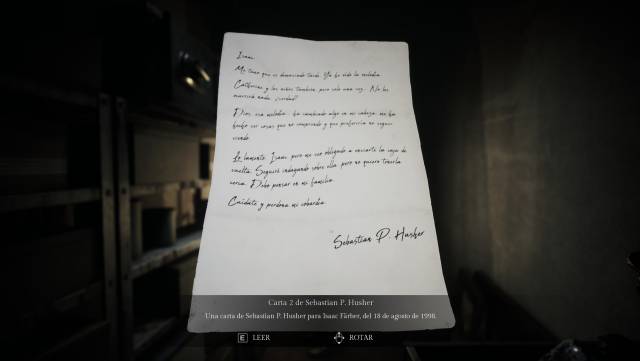 Song of Horror looks to the milestones of survival horror, horror movies and literature to find its own identity, without anchoring itself in excess of references and without renouncing the classic conventions of the genre. With adaptive artificial intelligence, a sublime setting and very original mechanics such as listening through doors and confrontations against the Presence, we will pass the game in incessant anguish that will remain in us even after turning off the computer. Its only flaws are a narrative that is lacking in excess and clichés, along with some less intuitive minigame.