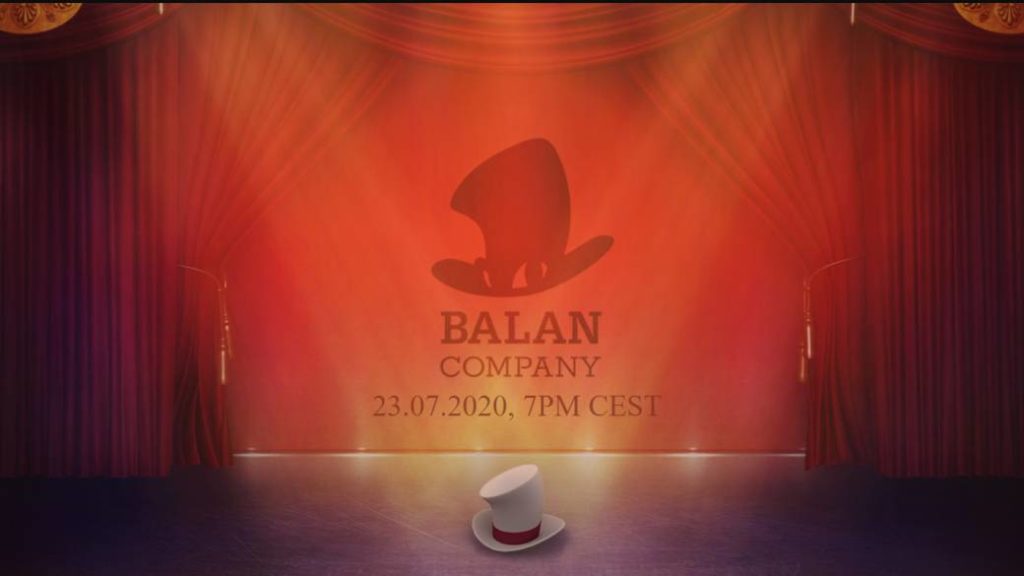 Balan Company is officially presented as part of Square Enix and they assure that this July 23 they will show the first teaser of an unannounced game.

A few days ago we discovered that Square Enix had opened a website called Balan Company, which welcomes us with the following message: “Ladies and gentlemen, welcome to the show of wonders that the BALAN COMPANY offers you. We appreciate your patience as we prepare for the grand opening ”with lively background music. Without being able to know much more, we now know that this Thursday, July 23 at 7:00 p.m. CEST (peninsular time in Spain) the first teaser of an unannounced game by this mysterious company will be presented, of which we do not know much beyond that It is a new “brand of action games”.

What do we know about the Balan Company?

They have not indicated that it will be part of the Xbox Games Showcase, but the coincidence in the announcement and start times of the program invites to think that the Microsoft digital event will accommodate the revelation of this Balan Company teaser. As we have already advanced above, we do not have many details beyond what we have told you and that apparently it will be an action game, so we will have to wait for this day 23 to answer questions and resolve the numerous unknowns surrounding this movement of the Japanese company.

A teaser for the first project under the Balan Company umbrella will be shown in the futurehttps: //t.co/xBTnWedIP4 pic.twitter.com/AUjub2SYXL

Other news related to Square Enix

On the other hand, it should be noted that from Square Enix they have confirmed that the second part of the Final Fantasy VII remake is already in development. To this day we still do not know how many episodes the project will have in total, but we do know that “the story has just begun”. In addition, we have recently been able to learn that Tetsuya Nomura worked as a wall in the narrative team in order to stop some of the ideas that were wanted to be applied to the second half of the game.