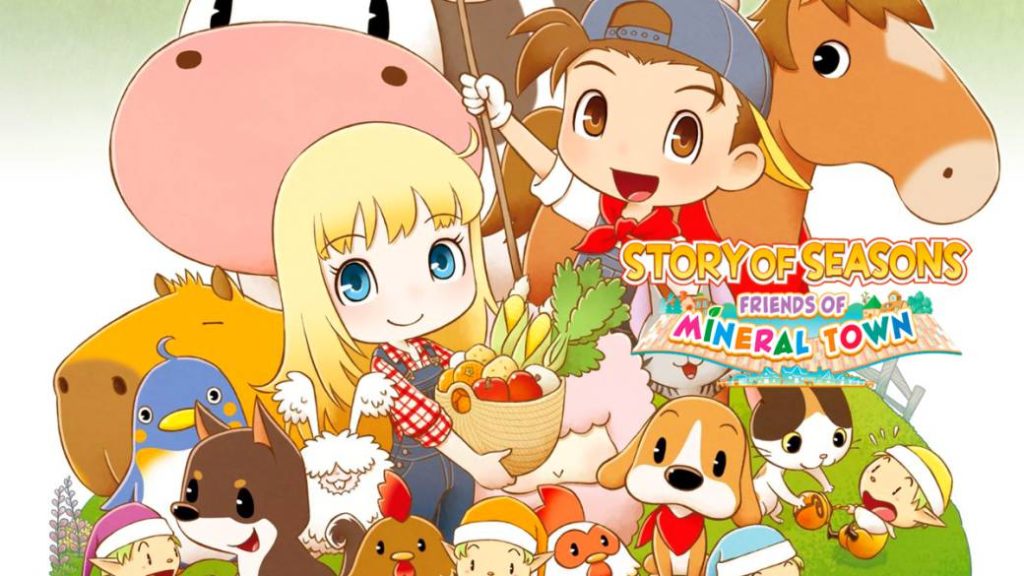 We analyze the reinterpretation of the agricultural video game Story of Seasons: Friends of Mineral Town, which this time reaches the hybrid Nintendo Switch.

Summer is already here and many of you will go to your country houses, to the town, apartment or visit emblematic places of our precious geography. Whether it is in or in the place you choose to suffocate the current heat, you can find from next week in your usual stores Story of Seasons: Friends of Mineral Town for Nintendo Switch, a proposal that perfectly marries this time of year.

The video game is a remake of the title released for Game Boy Advance in 2004 which, in turn, was an adaptation of the original from the PlayStation; Harvest Moon: Back to the Nature. With an original release dated 1999, will it still have as much fun as it used to? We bring you our Reviews below.

The first thing you will have noticed is a very peculiar dance in the names that we have outlined above. This is because Natsume, the initial developer of Harvest Moon, worked with Marvelous to bring their localized titles to the west until the Japanese decided, just over five years ago, to stop adapting them to foreign languages. This caused Marvelous to want to continue with the saga in Europe and North America but, unfortunately, they could not use the name of Harvest Moon for what happened to be called Story of Seasons. The first video game to use it was Story of Seasons for Nintendo 3DS. 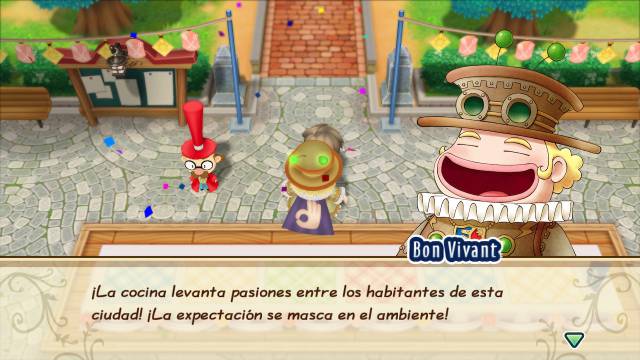 In Friends of Mineral Town players will take command of the protagonist — we can choose from four farmers as a novelty; two girls and two boys—, who arrives in his late grandfather’s town to spend time, finding that both his farm and his yayo’s garden can still be useful in this matter of earning some extra bitches. Of course, we take care of both to try to carve a future for ourselves in Mineral Town, taking advantage of our stay raising animals and growing seasonal vegetables. And for this we have two options, do it in easy or normal mode, with playable differences between the two. These focus on obtaining monetary resources, being easier in the first way than in the second but also because if we choose the simple way we already start with some cultivation in the garden.

Unlike works like Animal Crossing, here we do not depend on the real time of the console to advance in time, it is enough to go to sleep for the day to change in the video game. This feature makes Story of Seasons: Friends of Mineral Town the perfect title for free time as time passes quickly but also when you decide and, what is better, we can save the game at any time even without changing the day . On the other hand, the cartridge has automatic storage, so we make sure that any progress is not forgotten in an emergency. 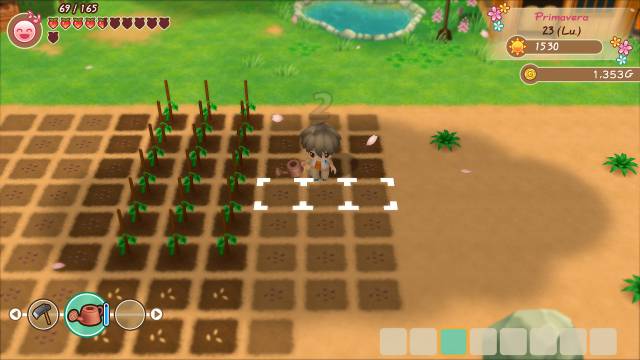 The game, playable, was somewhat archaic in its conception and was slightly less so in the cartridge. In this edition for Nintendo Switch it has improved in quality of life thanks to a great very intuitive and fast interface that makes the game very agile. We also owe this to the controls, which no longer need a jumble of menus to be able to equip any tool instantly. For example, when mining in a mine, the avatar directly collects the mined without having to select the mineral previously. There are also visual markers that are activated in the garden that indicate at all times to what point our protagonist will direct the action in the soil, something very useful for watering seeds, tilling or watering our products.

There is a lot of information on the screen, more than there was before but none of it unnecessary. The main menu is very well organized and intuitively offers everything you need to know about your stay in Mineral Town. From your level of friendship with your animals or neighbors, the state of your farm, the town map or the season calendar. This simplicity is greatly appreciated because with a couple of clicks you can access any necessary information. 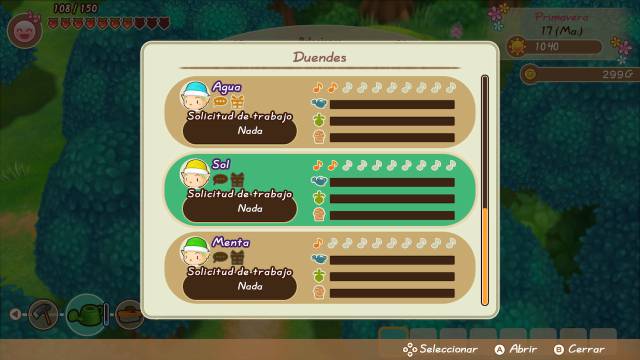 No news compared to the originals there are not too many. Beyond being able to choose a gender for our avatar, the choice will be based on four different models. New romance options have been added and, perhaps most interestingly, that we can get married and even start a family with someone of the same sex. The number of crops remains the same, the mine also or the events that take place in Mineral Town such as horse races or the food festival throughout the different seasons. An attempt, perhaps somewhat risky, to keep intact the spirit of the original without risky changes.

For this new interpretation of the agricultural management videogame Marvelous has respected practically everything we have seen in past versions. The idyllic town of Mineral Town with its inhabitants is still there, although they have undergone a facelift. The design of the environment has been respected enough to be easily remembered but the company has paid more attention to the Game Boy Advance edition than the original to bring this proposal back to the Nintendo hybrid. 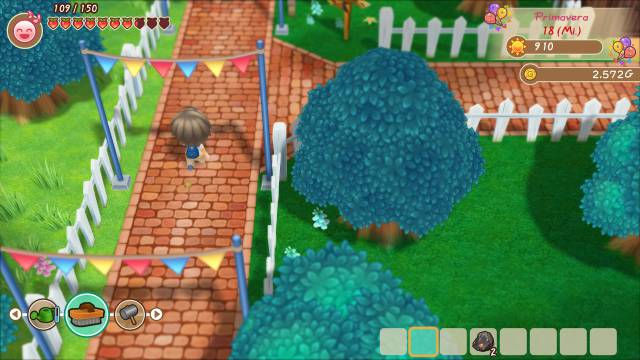 Another of the highlights of Story of Seasons: Friends of Mineral Town is that it leaves aside that semi-realistic graphic touch of the original PlayStation to give it a slightly more chibi approach that, due to the type of game it is, we think it is a right decision. Once again, it’s closer to GBA’s Friends of Mineral Town than to Sony’s first console. In fact, although it is a three-dimensional title, it is controlled and enjoyed as a 2D one, even changing the plane of the camera. Old school gameplay aided by new technology.

Although the graphic aspect is well worked, seamless and pleasing to the eyes, don’t expect big bragging or similar to Doraemon: Story of Seasons in this field either. They are correct, without more. However, they are enough to attract you at first sight for their designs in characters and animals and in performance we have not found anything that sets off alarms. Not for a second. And what is better, in portable mode it maintains the type in the same way that it works through the television. 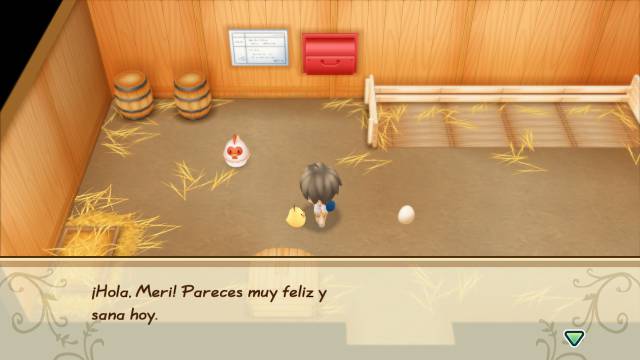 Little sound to add. Improved melodies although perhaps somewhat scarce, the same for the sound effects and without spoken dialogues for the characters. It is the weakest point of the cartridge and a real shame because only a couple of melodies shine that, after a few days of play, become too tiresome. Of course, the video game comes fully localized into Spanish with the odd little fault barely noticeable.

Story of Seasons: Friends of Mineral Town is a fantastic renewed tribute to the original installment featured on Sony’s first console. Its improvements in gameplay make it even better and more accessible to all kinds of audiences. Its charm still endures as it keeps the spirit of Back to the Nature alive – although more of the GBA edition – although more playable news is missing than what it brings in the code.