You are here: Home / Review / Summer in Mara, Reviews. Captivating, happy and confused 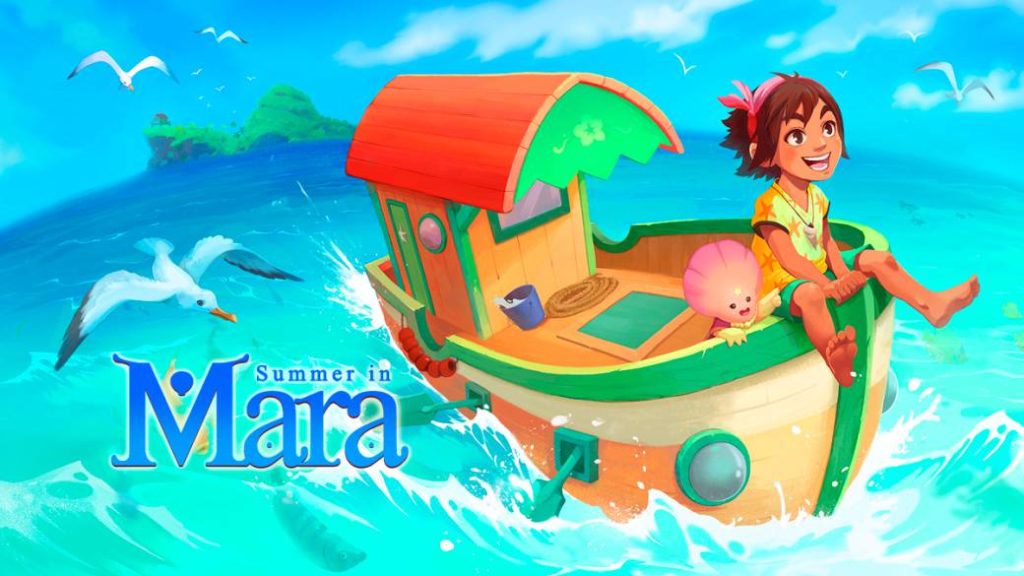 We tell you what we found the adventure of Koa, the new title of the Valencian study Chibig, with some virtues and many other defects.

The Spanish video game scene receives this June one of the works that we have followed most closely at FreeGameTips in recent years: Summer in Mara. The authors of Deiland, the Valencian team Chibig, are now facing a more ambitious and attractive work; that dazzles the eye and that promised to take elements from Stardew Valley, the visual appearance of Studio Ghibili and the exploration of The Legend of Zelda: Wind Waker. The truth is that, after having finished it, we believe that this ambition has ended up playing a trick on the final product.

The best thing is your first hours 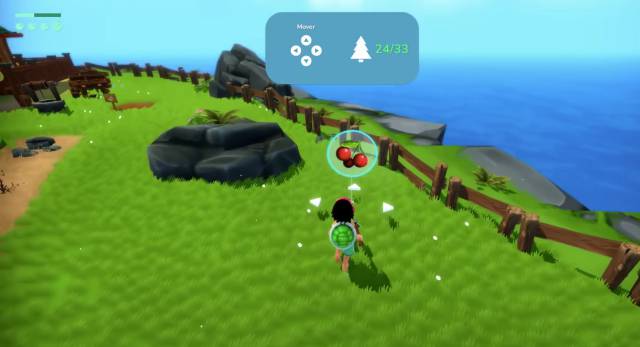 The first hour of play at Summer in Mara is really encouraging. We arrive in a territory where a town appears before us from which we will inherit tools, resources, crops and a home. It is pleasant, it is calm. It transmits values ​​of ecological importance and the foundations of an agricultural life. It looks like one of those pedigree titles, of which we rarely see. It reads between the lines that we have come to stay and grow. Yaya Haku one day found Koa, the protagonist, of a completely wrecked ship at sea after a shipwreck. 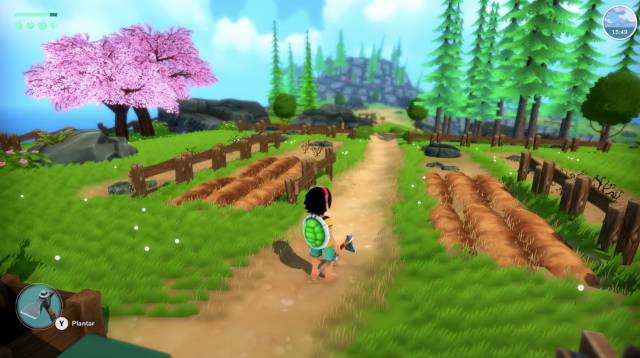 After a bond forged for years, Yaya ceases to be and it is our task to do everything that is part of the list of inescapable tasks in a video game like this one: fishing, harvesting, gathering resources and crafting tools through it. The mechanics are executed with success, it is comfortable to play and there is a constant care in making us feel part of nature: everything we take from it must be equivalent to what we offer in return.

Therefore, an economy is established. However, at a certain point you realize that this economy breaks down and doesn’t just work. Because the initial magic, that of feeling that each step we take is a step forward in the always gratifying sense of progress, vanishes. Although the presentation is slow, with some tutorials that take their time so that the learning curve does not leave anything in the pipeline, readable elements are missing on the screen to understand what is happening and what we should do. There is no recipe book, for example. 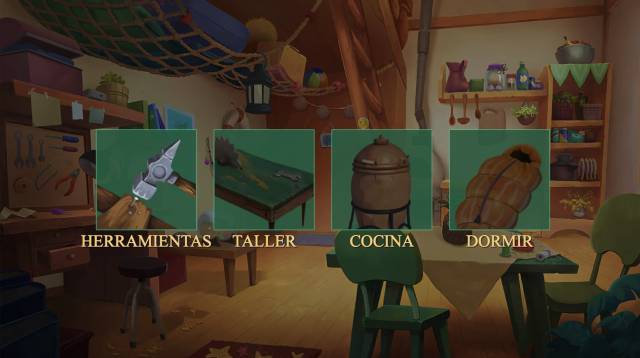 When Summer in Mara stops being a management game

Once we have our ship and arrive at Qälis – the main island in this world and from which the greatest power of persuasion and exploration could have been extracted – everything ends up being exhausting. The passage of time accuses monotony as Koa is simply the messenger, intermediary between what is asked of us and what we finally offer to give a mission for completion. One of the game’s problems is precisely that: its size. Having had such a highly successful Kickstarter campaign has raised the studio’s need to meet user expectations and, in our opinion, the experience would have been better with less. That is, smaller size, less attempt to want to be so big. We feel that in many sections we have simply been walking; going from home to rest to the place where we had the next order, but it was not really a satisfactory process.

And it is not because, apart from the performance problems (rectifiable through patches) and how confusing it is at times what we have to do to move forward, the energy bars (hunger) are not well calibrated and are insufficient to complete some daily purposes. Distances to travel too long and no penalty if we are sleeping day after day. Let’s forget about life, death and the possibility of combat; Summer in Mara does not raise or need it, but the management of our energy is not in line with the amount of tasks to be done. In other words, if there is no problem in taking several days to run some errands and it does not affect the wear and tear on the natural resources of our environment, why not offer some more resistance? There have been times when we have run out of a specific fruit and the solution was only to sleep several days in a row. The value of time is lost. 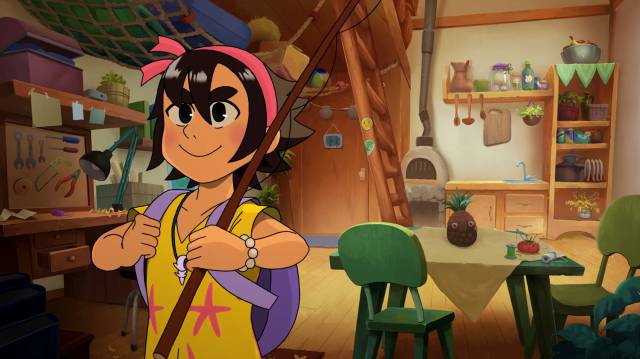 The object sales market is an excessively generous alternative to end this beautiful waiting process. Again, times do not add up and the economy continues to take no role. That the difficulty does not exist is not necessarily bad; only that dispensing with any hint of challenge to the player eliminates the urge to move beyond the story itself. The title is not exactly short of content: more than 300 missions in what, in our case, only the main story has been 14 hours. However, despite all the aforementioned, the title is well designed and lends itself to returning thanks to its world, to the universe it raises because it is still a haven of peace where problems always arise with solutions. It lends itself to short games, it is pleasant and mechanically we do not think it should be blamed for it.

Another of the drawbacks of Summer in Mara is the lack of specificity in these missions. If they are not completely satisfactory in themselves, neither the interface nor the structure itself tell us what to do. We are not talking about missing a point on the map; that is, it is not a problem of where, but of how. There has been a point where we had three tasks pending, we were asked for something … with no idea how to even approach that purpose. If we interpret the play as a visual novel — it narrates really well — with remarkably constructed characters plus the dressing of a truly poignant visual section, the problems will surely lessen, but this expertise has been presented from the ground up as a resource management title. and … that is not the main genre to which it belongs. 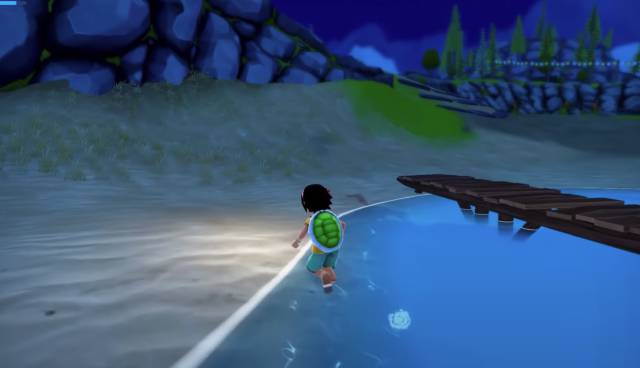 The inventory is really intuitive and easy to manage; pity the lack of recipe book.

Summer in Mara changes her mind at a certain point in the adventure. If at first it may seem that we are going to have an experience closer to the management and maintenance of an agrarian life, finally it turns to what is clearly an adventure with a certain narrative component. Although at first we might think that a journey where Koa was the great protagonist awaited us, you realize that she is one more element in that universe and that it serves as a means for others to come to an end. Yes, the fearsome feeling of being an errand boy. Missions are constantly based on doing favors, going back and forth; Neither the reward is satisfactory nor the process ends because the experience is not comforting enough to dedicate long games. The rhythm works, yes, because that calm and tranquility are in tune with both what you see and what you hear.

At the end of the day, keeping an eye on crops, cutting trees and fishing for our island is a totally secondary element of the experience, because what really counts is what we do for others, not for ourselves. There is some inconsistency in the structure. In this way, exploration becomes an eminently contemplative element, the path between the beginning and the end of the mission in the making. In other words: a large part of the departure times are based on this romantic component, while what seemed structural is expendable. There is no progress, there is no growth, just the enjoyment of knowing that we are doing something for others. And that is very good; however, it is unbalanced. We do not know if it was a lack of hands to fulfill his own ambitions, but Chibig did not need to set his sights so high. On paper, the conceptual idea is impeccable. 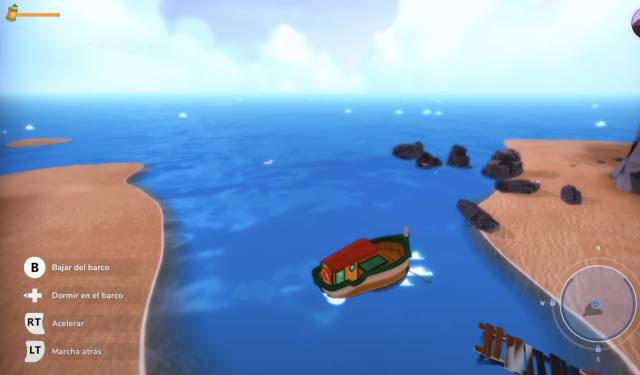 For the rest, the rest of its sections are remarkable and satisfactory. Summer in Mara is beautiful regardless of its feeling of emptiness – aggravated by the size already mentioned. A vivid color palette, illuminated in its proper measure and without graphic problems that affect contemplative enjoyment. His message is also very appropriate and responsible, while Koa is adorable. The effort to endow this work with high production values ​​is worth mentioning. There are two-dimensional scenes that perfectly fit in some sections. In addition, the philosophy that prevails in this place is not exactly hackneyed in this sector, so Chibig must make a positive reflection with what has been achieved, although the execution does not end up reaching the remarkable. The elemental purpose, which is to enjoy, feel the breeze and simply listen to nature, is consistent with its three-dimensional design; It would not have worked the same being 2D or 2.5D. It is ideal in portable mode, where it looks very polished and defined, although it has serious performance problems in some cases.

Artistically it is beautiful. The world of Summer in Mara enters through the eyes.

We do not want to be unfair when weighing the positive and negative aspects of Summer in Mara because you have to understand the context: this is not a video game developed by five hundred people, nor by fifty, but by just five members. That is why what we want to convey in this text is that Koa’s adventure would have worked better by being more direct in its fundamental management mechanics, and not lose so much in wanting to offer such a large size that it has taken its toll on the missions and the feeling of progress.

We have analyzed Summer in Mara on Nintendo Switch through a download code supplied by Chibig Studio.

Summer in Mara is enjoyed more without more pretense than to be guided by the adventure that he writes and tells us. It fails as a management game because its economy system does not work and leaves all that will to offer a sense of progress on a secondary level: there is no evolution. The missions end based on going from one point to another, with the relief that everything we see on the screen is really beautiful, you feel the passage of air and enjoy what you see; not so much what you play with. Chibig has wanted to go beyond what the project surely needed, which could be remarkable and not consume due to an excess of tasks without sufficient interest or driving axis beyond its history.