You are here: Home / Review / Superliminal, Reviews. A matter of perspective 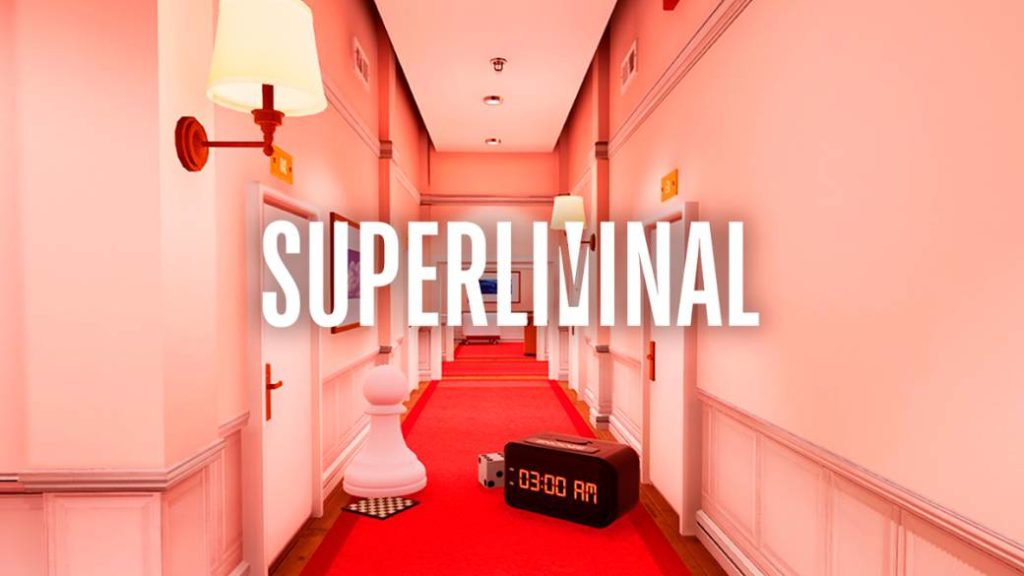 Puzzles and perception of reality in an imaginative video game that does not fully exploit all its possibilities; PC, PS4, Xbox One and Switch review.

Puzzle video games are not the most popular or the best-selling, although they are a genre that has left us with timeless gems, imaginative, surprising titles and that sometimes encourage us to break with what is established to experience new sensations for their controls. And Superliminal, the work of Pillow Castle, is positioned as one of those daring bets that do not stay on the surface to propose to the player a whole universe of its most suggestive in which the known rules have no place. Unfortunately, Superliminal is left halfway in certain aspects, leaving the player wanting more despite his many virtues, especially in the field of the unexpected and imaginative. Let’s see what this curious mix of Portal, walking simulator and other experimental titles can offer us, such as the notable The Stanley Parable; Below we analyze Superliminal on PC, PS4, Xbox One and Nintendo Switch.

Nothing is what it seems … or maybe it is?

Superliminal, without revealing anything really significant about its plot, it can be taken as a kind of interactive psychoanalysis in which the player, in the first person, experiences a series of sensations and inquiries through dreamlike scenarios in which to play with perspective. Seen this way, this new proposal of narrative puzzles may seem like the umpteenth pretentious interactive experiment that does not go beyond the effects of its staging. Nothing is further from reality; The new Pillow Castle comes to surprise and even excite thanks to the remarkable imaginative work of many of its approaches and which hatch in a suggestive final stretch, without free interpretations that try to mask an empty script. Superliminal runs away from that and bets on a journey with a clear and self-final ending.

This is precisely one of his great achievements along with the presentation and execution of certain challenges or puzzles; And we say “true” because the title fails to maintain a high level throughout its two or three hours, depending on our ability to solve the puzzles, most of them with a dynamic and enjoyable solution. Superliminal puts us in the shoes of an individual who wakes up again and again in a room of what seems to be a help center after hearing the irritating sound of a digital alarm clock, one of those junkies that you would throw out the window; a more than likely reaction that, precisely, has a lot to do with the video game in question.

From the first moment it is made clear to us that the different perceptions of what we see on the screen represent reality, however far they may be from any sense and logic. In short, everything in Superliminal is real and that is why we will quickly begin to play with this distorted reality but to which we will quickly find a meaning. And all this involves interacting with the perspective of the elements on the screen, which will force us to find the appropriate angles for a three-dimensional object to emerge from a flat drawing or for another object to grow in size depending on its perspective with respect to us. These particularities and many others form the authentic central axis of Superliminal through numerous rooms in which the right key is found in a more or less clever way. 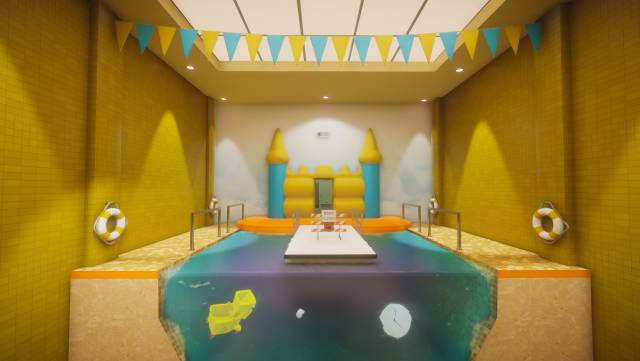 For practical purposes, in the blink of an eye we will be tearing off a small “Exit” sign from the wall to turn it into a colossal ramp on which to climb after messing around with the perspective and position of the object on stage. To tell the truth, the gameplay is pleasant and intuitive, so manipulating objects and modifying their size will become a constant, yes, although in a less redundant way than would be expected. Another of the mechanics to deal with throughout such a dreamlike journey will be to align flat figures, forming objects to interact with or paths to go through, in addition to moving and resizing different objects to activate switches or scale for them.

In general, the sensations solving this type of puzzle in which physics and our ability and logic have a lot to say are very positive and at no time do they become tedious or excessively repetitive; there is always something new that surprises us in one way or another. However, and with the passing of the levels, the surprise effect gives way to a sense of déjà vu that is not abandoned until the end of the adventure; Although it does not occur with all puzzles, it does in a high percentage of them. On the other hand, one of the biggest setbacks of Superliminal is its constant limitation in the possible resolutions of each puzzle or challenge, limited to a single solution that usually passes through a certain object in each room or setting. 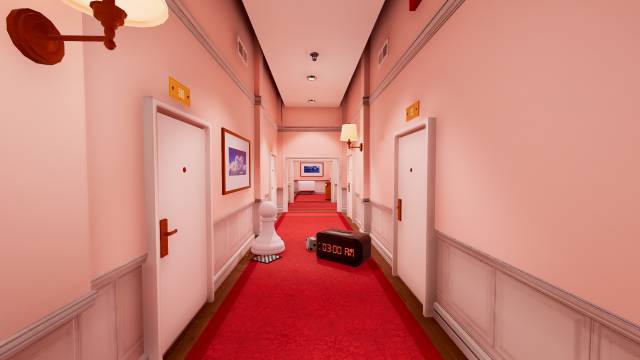 In this sense, the exploration suffers noticeably by forcing the player to find that element that will serve to overcome one obstacle or another. And it is that the interaction with the objects is always limited to a key element (or on occasion, to a couple of them), but we cannot interact with the other objects. As a clear example, if when accessing a new room we can only take a dice or a wedge of cheese, we will immediately know that the solution is to modify its size and use it to reach or open a possible exit door; and so on. However, other puzzles will force us to squeeze the neurons, resulting in an unbalanced development in this regard. Of course, some moments are truly unique and unexpected.

As we say, Superliminal presents several concepts that remind us of a great exponent of the genre such as Portal, both in its idea of ​​solving puzzles to move forward and in the narrative plane, with voices that will guide us on our journey through the more deep of the subconscious. Along with the challenges defined by rooms, there is a component of walking simulator through which much of the context will be explained to us, always as a link between scenarios. All this until reaching the elevator at the end of each level to go to the next. The voices are in English and the texts translated into our language, although not without more spelling mistakes than we would like. 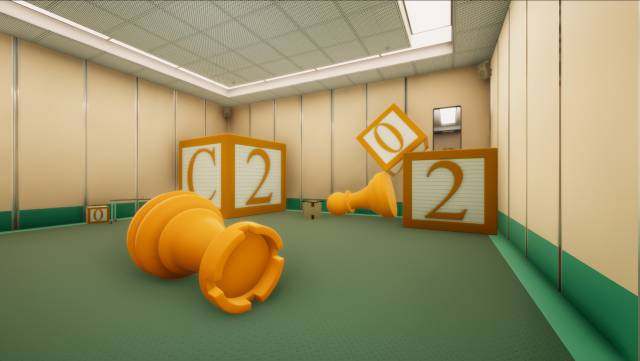 Its staging is simple and sober, without any kind of graphic display. The environments are very clean, almost aseptic, with modeling and fairly fair textures, yes; Although Superliminal does not intend at any time to be a graphic exponent, it would not hurt to offer a somewhat more detailed finish. Also, the Switch version, even in TV mode, suffers from some performance drops that can be annoying. Of course, the design of certain levels, as well as their different resolutions, betray great conceptual work by their creators. At the sound level, he uses slow and placid melodies, piano themes and other environmental instruments that invite us to enjoy the melancholic context of his proposal.

Superliminal breaks into the puzzle genre with a fresh and original proposal, often through surprising blows and an atmosphere as mysterious as it is suggestive. Some challenges are really ingenious, something that reveals a great conceptual and design work by Pillow Castle. However, its development does not manage to maintain an excellent level during many of its sections, resulting in mechanics that do not risk more than necessary and that stop surprising at the level of challenge and difficulty. It is a video game in which creativity and imagination play a primary role, but it always leaves us with the feeling that it could have gone much further. All in all, fans of more experimental puzzles and games (in the strictest sense of the word) shouldn’t lose track of Superliminal.