You are here: Home / Dark Souls III / That's how exhausting it is to play Dark Souls 3 with the Ring Fit Adventure remote 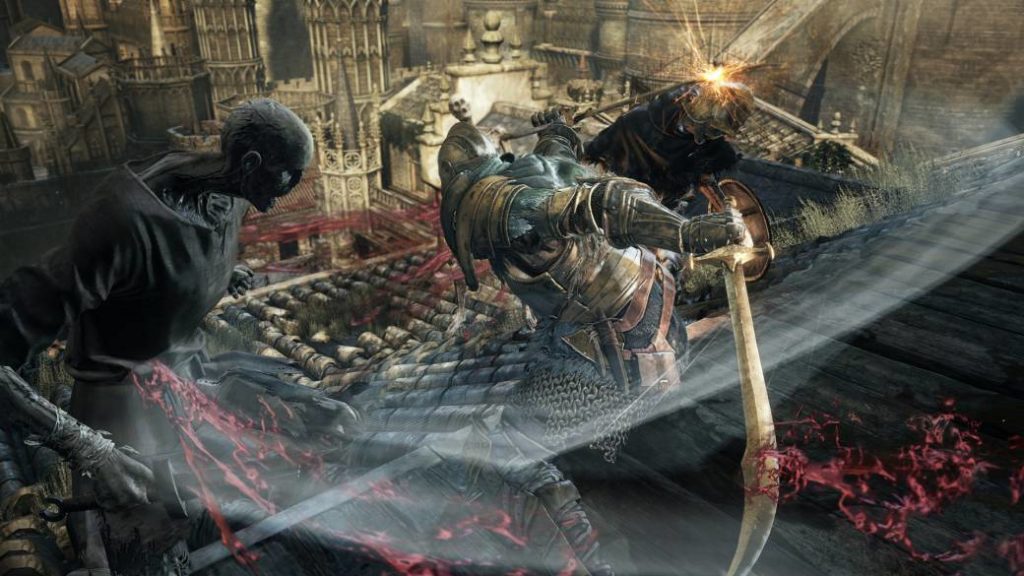 If anyone believed that Dark Souls 3's already demanding difficulty couldn't be raised further, they were wrong; And it is that the user specialized in mixing totally implausible controls with the most unexpected video games Super Louis 64 (whose ingenuity has previously brought us crosses such as Call of Duty with Donkey Konga or Halo 3 with Guitar Hero) has managed to control Dark Souls 3 with the new Nintendo peripheral created especially for Ring Fit Adventure, the fitness RPG adventure from Nintendo Switch.

And it certainly seems that Super Louis 64 is pretty good at this unexpected cross between an action-packed RPG adventure as demanding as Dark Souls 3 with Nintendo's fitness peripheral. Not surprisingly, and as demonstrated in the video shared through his channel, he even manages to defeat the Boreal Valley Dancer and access Lothric Castle, something not easy even with a traditional control pad.

All this after finishing remarkably exhausted by the continuous physical activity necessary to control Dark Souls 3 with a peripheral designed for a much less demanding title like Ring Fit Adventure, which requires certain movements to execute orders such as running, attacking or defending, among others. And it is that while Ring Fit Adventure is left to play with enough solvency, Dark Souls 3 already needs much higher physical activity, with hardly any rest, so as not to perish before the first attack of any enemy.

At the moment, Super Louis 64 has not revealed how it has managed to make the From Software video game work with the Nintendo peripheral, although it promises that if the game is passed, it will share it with the community. Do not miss our Reviews of Ring Fit Adventure, a colorful and joyous adventure with which to get in shape at home.