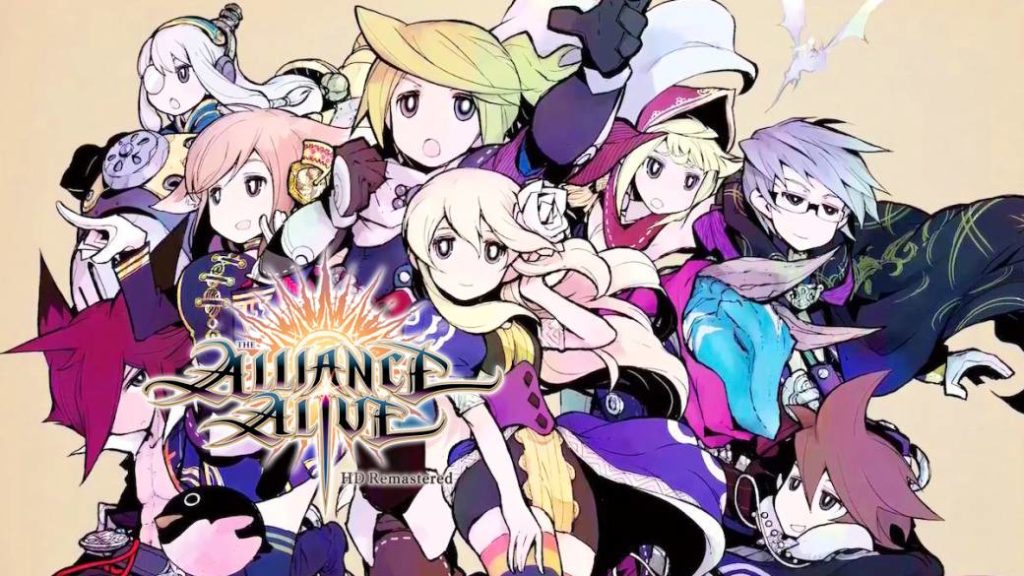 Join us again towards the era of resistance. In a world mired in chaos, only a great alliance between kingdoms can guarantee any chance in the fight against the Daemons. Welcome to the Reviews of The Alliance Alive HD Remastered.

In many oriental role-playing video games there is that special place. A place from which unforgettable memories emanate, which serves to take refuge when there is no escape, or that become special – and necessary – to share experiences through the warm force of nostalgia.

That role, in the case at hand, falls on a small hill in Svalna, where the protagonists tend to see each other at specific times. When he looks for her, that's where they go. It is usually in moments where reverie takes advantage of reality; where Azura strongly wishes to part with the blindfold that covers her eyes (both physically and metaphorically) while dreaming that, at some point in past history, the dark sky that covers their heads was light blue.

A band that seems to carry our protagonist with greater dependence and that, as this adventure progresses – the product that concerns us stands out above all for a rather well-taken argument premise -, it detaches itself to reveal the only possible way: to establish an Alliance among humans who, without knowing it for sure, live in a parallel reality, separated from the rest of kingdoms that have also been subjected to the yoke of the evil Daemons. 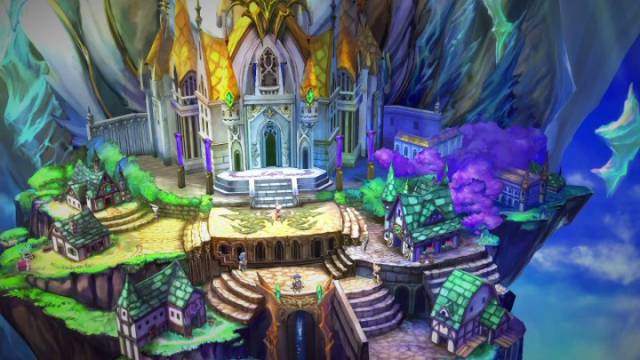 There are few nuances of Alliance Alive that are established from nostalgia, through those small details that, as we have commented in the first paragraphs, take us to times where the JRPG established strong ties with the player. There are many elements that remind us of The Legend of Legacy (product also programmed by Cattle Call in collaboration with Grezzo and FuRyu based on SaGa) and, by extension, classic titles that are part of the history of the game. Not surprisingly, after the game at hand are names of great depth in sagas such as Chrono Trigger or Xenogears.

Behind the wall of truth

As we pointed out in the original version for Nintendo 3DS (we are facing a visual remaster who only intends to update the graphics in HD), The Alliance Alive HD Remastered responds to the role-playing standards of turns, whose main task is to follow the wake of productions such as the Bravely series or the not-so-successful Lost Sphear, I am Setsuna or Oninaki, through a development inspired by video games at Suikoden height. 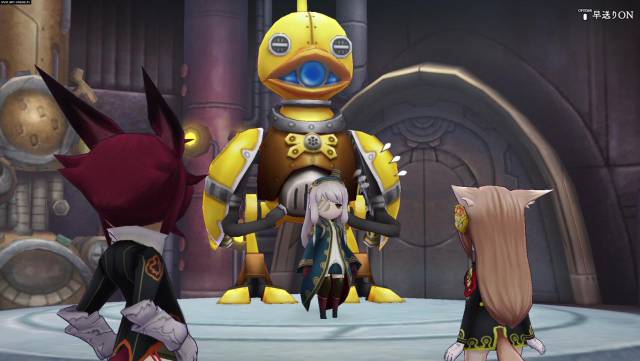 On the playable level, it introduces strategic elements (we can distribute the characters in a grid according to their mission) making the most prone to direct attack in the front line of combat, and those who are responsible for healing or performing different spells are kept in the rear. It is just an example, since this grid allows different provisions beyond those described in this paragraph.

When attacking, we will have two weapons per hero (up to a maximum of 5 warriors are organized in battle) which we can alternate at any time during our turn. This will unleash, on the one hand, different techniques of attack, assistance and healing (some consume skill points) and, on the other, it will allow us to improve the abilities of each protagonist, unlock new movements and unleash Awaken states. 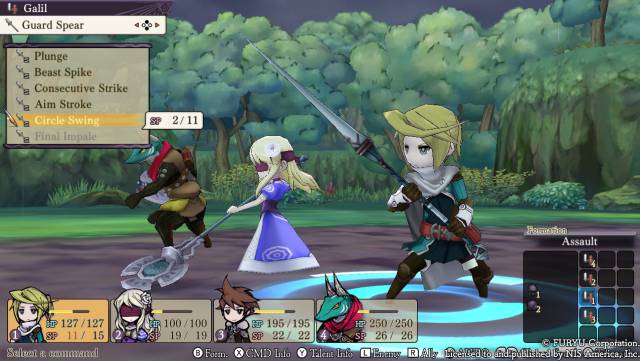 The talent points that we gain in combat can be exchanged for new passive advantages (talents) that, unlike what happens in other titles based on levels and experience, will allow us to obtain different benefits both during the battle and in the moments of exploration .

Regarding the exploration of scenarios, we will have different cities, different dungeons – where even a series of simple puzzles are introduced – and a world map in the Final Fantasy VII line where we face varied enemies, find special items and, in general , advance the adventure while touring the game world. 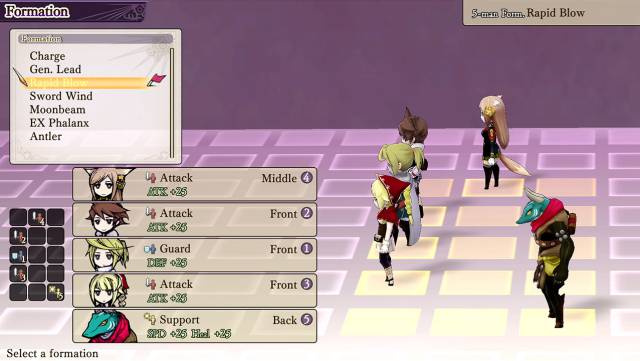 But, which in our objective and in which pillars is the adventure based? While it is true that the first hours can lead to deception, because the interactive structure does not involve great boasting in terms of mechanical design or elaboration of complex scenarios, the thing improves once the first third of The Alliance Alive is overcome.

The game unleashes its possibilities, the plot offers us very interesting nuances and the possibility of establishing alliances and erecting new guild towers on the world map, will allow us to obtain different advantages in combat (assistance attacks on our enemies, altered states of various kinds, etc). Receipt turns out to highlight the set formed by the gang of characters that will accompany us by land, sea and air on this journey. 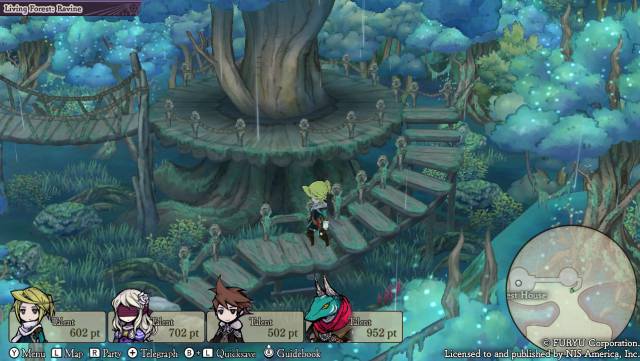 Despite the good plot basis with which Yoshitaka Murayama has endowed the game, and the inspired ideas around the combat system and playable progression methods, there is something that returns us again and again to a reality: its measured budget and an unequal talent poured into its different sections, makes everything give off a bittersweet feeling. There is not enough depth in the progression, playable situations do not take long to fall into monotony, while the general charm of moments of peace and recreation are bland and lacking in complexity. Neither interesting secondary missions nor villages treated with the care of other titles of the genre will make this game can compete with its similar ones, from which it inherits much of its charisma both interactive and aesthetic.

A world in watercolor

The visual factor, which is the only one that has benefited from this remaster, continues to show an artistic intention on the way between the pencil sketch and the watercolor. The good work in the design of characters by Ryo Hirao contrasts with the little attention shown in the achievement of many scenarios. 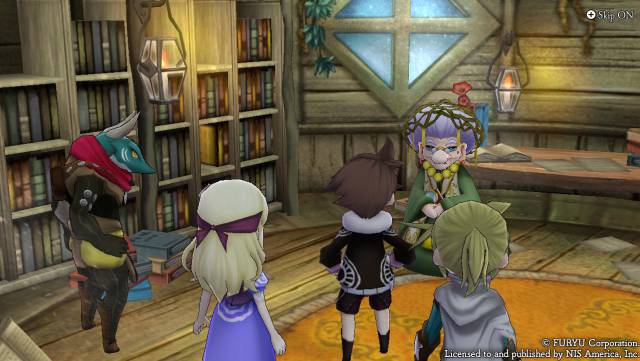 It is true, there are beautiful villages and cities in greater detail, some praise worthy dungeons and it is appreciated that the team has worked hard to recreate the interiors of some houses, shops, bars and lodgings. However, it is very far from the quality shown in other classics of the genre.

On the other hand, while both characters and enemies are benefited from the transition to HD, there are many textures in environments that have not been redrawn, with the resulting blurry finish and little care that is evident during the kinematics, also guilty of that the low polygonal density of the game shows the overall set. Inexplicable it turns out that there are no improvements either in the framerate or in the (very scarce) distance drawn on the general map. 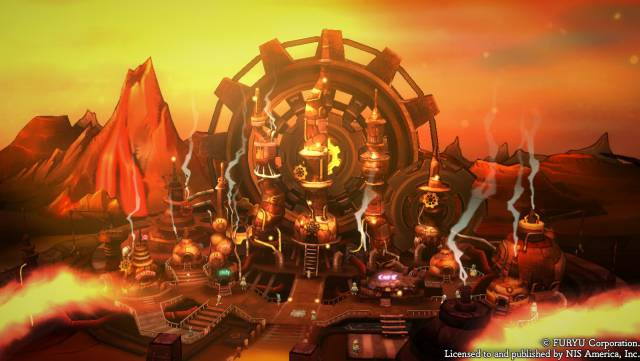 From the sound factor we rescue compositions that fulfill their mission, while others do not know how to adapt to the tone of the scenes they intend to dramatize. There are themes of great melodic strength, while others fail to tune into what we see on the screen.

Reviews performed on Nintendo Switch with a code provided by the editor.

Together, The Alliance Alive HD offers a very attractive JRPG experience, especially for its interesting plot (only in English, a shame) and for the charisma of some characters. Its turn-based combat system offers some flashes of strategic brilliance, and the title will give us for about thirty hours where we will explore connected cities through a general world map, face simple puzzles and establish valuable alliances to combat the Daemons. . However, the title is in most cases in the field of "I want and I can not", while this HD version suffers from lack of definition in textures that could have given much more of itself.