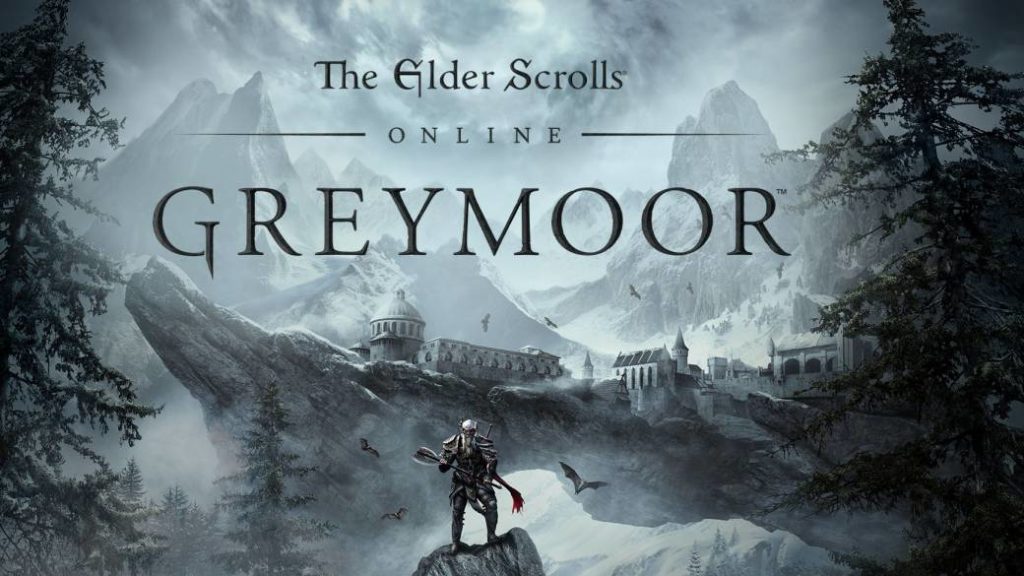 We travel to the frozen lands of Skyrim with The Elder Scrolls Online: Greymoor, the latest expansion for the Bethesda and Zenimax Online mmorpg.

It would be no nonsense to say that since it was announced that in The Elder Scrolls Online we were going to travel to the cold lands of Skyrim a large horde of players, veterans and novices alike flocked to the Bethesda mmorpg. Without going any further, in Spain, the interest was such that the few creators of live content who had the title saw their numbers grow by leaps and bounds. And the same thing happened in the video game.

From FreeGameTips we were able to experience first hand how more and more players were joining together to discover Elsweyr and the other expansions to stay up to date when The Elder Scrolls: Greymoor, the new expansion and the reason for this text arrived. Today we discuss it in its version for computers here at FreeGameTips.

It’s always a joy that regular players at a particular mmorpg receive a new content expansion. With Greymoor this goes further as not only is one more notch added to an already extensive sample, but in this huge update one of the territories most loved by rpgs players is added; Skyrim.

Surely you have heard of The Elder Scrolls V: Skyrim, that vast role-playing game capable of swallowing hours as if they were seconds. The one in which an adorable lady has spent years and years making videos of her adventures for her followers. Greymoor is not as extensive as the fifth installment of the numbered saga or by far, but we already told you that if you liked the aforementioned, with this you will enjoy more than a child with new shoes. 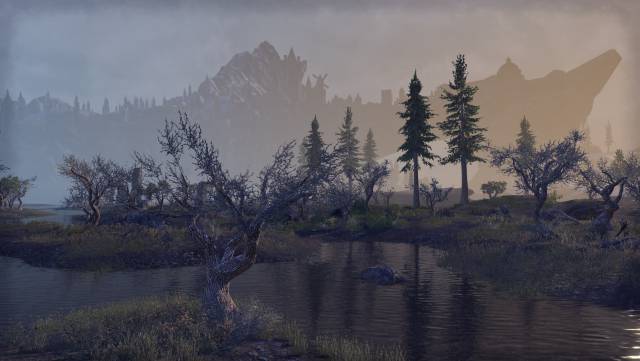 The story puts us around 1,000 years earlier than what happened in The Elder Scrolls V: Skyrim and shows us a land quite different from what we already know, darker and darker. Vampires, commanded by a lord of them, are the main plot of a story that, although extensive, does not bring too much news to what we have already seen both in the base game and in subsequent expansions. Along the way, too, we will have the help and enmity of the werewolves. However Greymoor will catch you for various reasons.

The first thing is that the expansion includes Soledad, the mythical city that we already saw in chapter five and that is perfectly recreated here with obvious differences – we remind you that Greymoor occurs a thousand years before Skyrim. – Shadow Limit is another old acquaintance that appears in this expansion, an amazing underground city that is a joy to explore and full of mysteries. 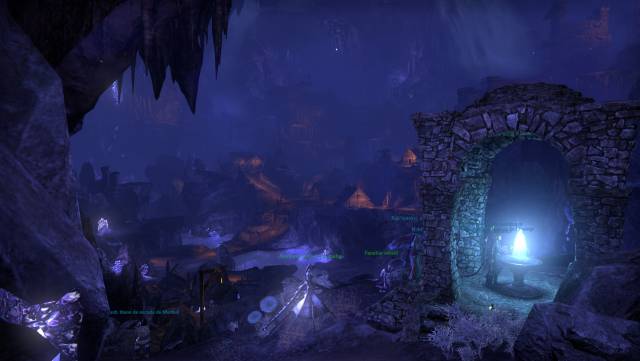 But the most interesting thing about Greymoor is the ability it has to make players fall in love with its fantastic setting, not only visual but also sound. These three points together with a snowy and Nordic landscape very well designed is already a perfect excuse to try the new content that it brings under your arm.

There are three important news as such. The first is that we say goodbye to the dragons of Elsweyr to make way for the Harrowstorms, a kind of storms that fall throughout Skyrim where he is accompanied by armies of werewolves, vampires and all kinds of supernatural beings. These random events aren’t too shabby, they are frantic and action packed, but it’s pretty much the same thing we saw with the base game — Dark Anchors — or the Summerset Geysers. Same dog with different collar. 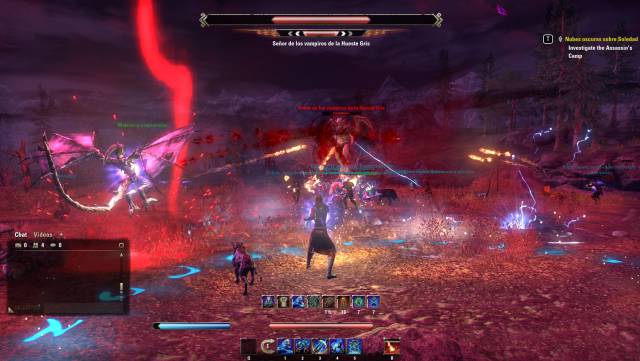 The second is a deep revamp to the game’s Vampire class. It is accessed as it has been a lifetime, taking a bite from someone who is already, but in Greymoor new skills have been added that enhance its style of play far beyond what is imaginable. Now, for example, it is worth looking for someone to sink their fangs into you and try what it feels like to be a pale face in search of blood. However, it has its cons, as a worse acceptance of the NPCs that can get to bother the player.

The third is the Antiques system, a kind of minigame with which to earn some money and get mythical equipment for our characters. These pieces are limited to one per character but the effects are quite powerful so it is worth looking for them. For this we must find a piece of land where one of these objects may be, dig through a minigame that appears on the screen and follow the clues to find it along with other extra artifacts if we are lucky. It is more or less similar to the World of Warcraft Archeology system but somewhat more ingenious and fun. 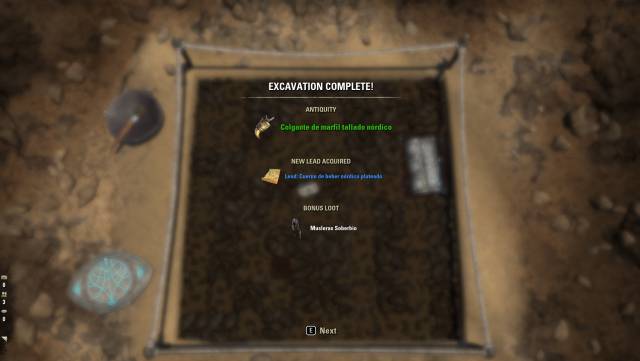 Of course, the new 12-player trial named Kyne’s Aegis could not be missing, where we must face three powerful bosses as well as enemies in between such as Nordic semi giants or vampires. Of course, Kyne’s Aegis has a more difficult way in which to get better equipment and make the challenge somewhat more advisable for players with good equipment.

Returning to the main plot, the approximate duration of the plot ranges from 25 to 30 hours depending on whether we go straight to the core or stop to enjoy the side missions – some of them of great quality. As we say, they do not invent the wheel but it is interesting enough to quickly catch us in history. One of his biggest claims is the return of Lyris Titanborn, one of the five Five Companions that the basic game players really liked. It appears almost at the beginning of the adventure and will stay with you until you discover who is behind this vampiric racket in which we are involved. 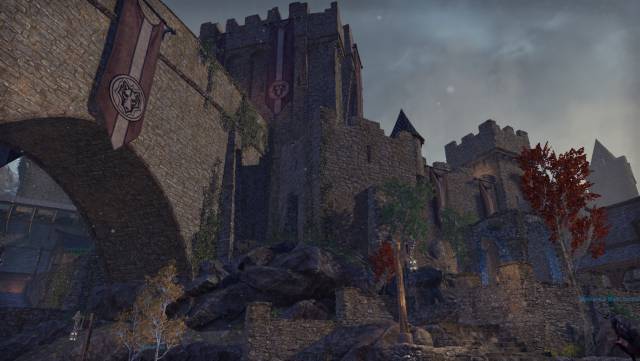 There are side missions to bore and it is very worth spending hours on them as they tell us a little more about what happens in Skyrim. There are all kinds so we will not necessarily spend all Greymoor feeling the messenger of the town. For this alone and the fantastic setting it is well worth it.

The one who signed this Reviews has been from the beginning a strong defender of the artistic quality of The Elder Scrolls Online. At its launch, the video game was already overflowing with it through all its pores and with each expansion the thing has only improved, being Summerset and Elsweyr two fantastic products in visual matters. With The Elder Scrolls Online: Greymoor it has gone a little further and they have created a wonderful Skyrim and that after the first contact with her makes you never want to leave her again.

Huge meadows, hills full of snow, lots of green, streams, a rich fauna, fog … everything you can expect from a Nordic territory. The prints are beautiful, especially at dusk or in complete darkness, when you can see a beautiful Northern Lights in the sky. 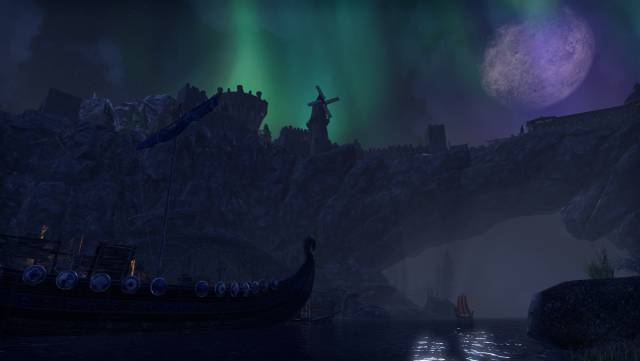 Although from Bethesda Spain they have not been able to tell us, we have noticed that the video game has won many integers in the modeling of the characters, now much more detailed. For example in the textures, even getting to see very clearly how the age of a character makes it show on the skin of his hands, wrinkled and rigid. Titanborn is another clear example of how the title has improved in this facet.

Plus, with the latest performance updates added, Greymoor is much more image-per-second stable, more optimized, and loading screens are now shorter than ever.

In sound, the video game once again offers us magical melodies for the many hours of fun that await you if you decide to venture into Skyrim. It is true that they are not as epic as the ones we heard in the fifth iteration, but they are not of less quality. Most are, without a doubt, Gothic and somewhat dark, but it has a couple of more moving themes that will make your hair stand on end. Perhaps a point below quality with respect to the previous expansions, but it continues to be more than compliant. 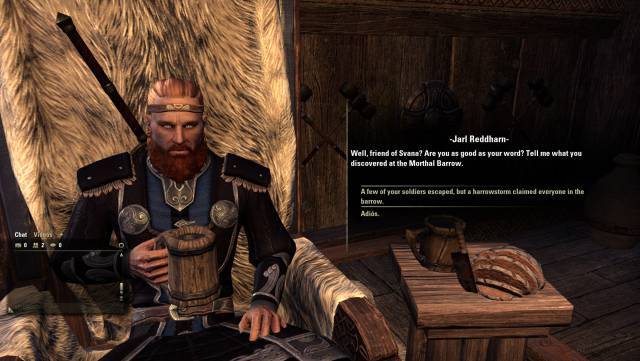 Unfortunately The Elder Scrolls Online: Greymoor is still not adapted to Spanish despite the fact that the Russians already enjoy it in their natural language. It is something that Bethesda and Zenimax Online think about every year but, for the moment, it is time to pull the fantastic work that the Cervanteso boys do or enjoy it in their original language, English.

Whether starting with a new character – with its own plot as a prologue – or continuing with one already advanced in level, Greymoor is able to absorb you in his recreation of the ancient Skyrim for its fantasy plot, its settings and its new additions. However, the team of The Elder Scrolls Online is beginning to notice and lack of creativity and Greymoor feels somewhat continuous where the only real power of attraction is the Nordic lands of Tamriel. 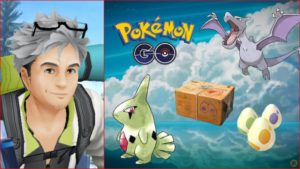