You are here: Home / Grounded / The feeling of survival in Grounded: 5 reasons to start the adventure 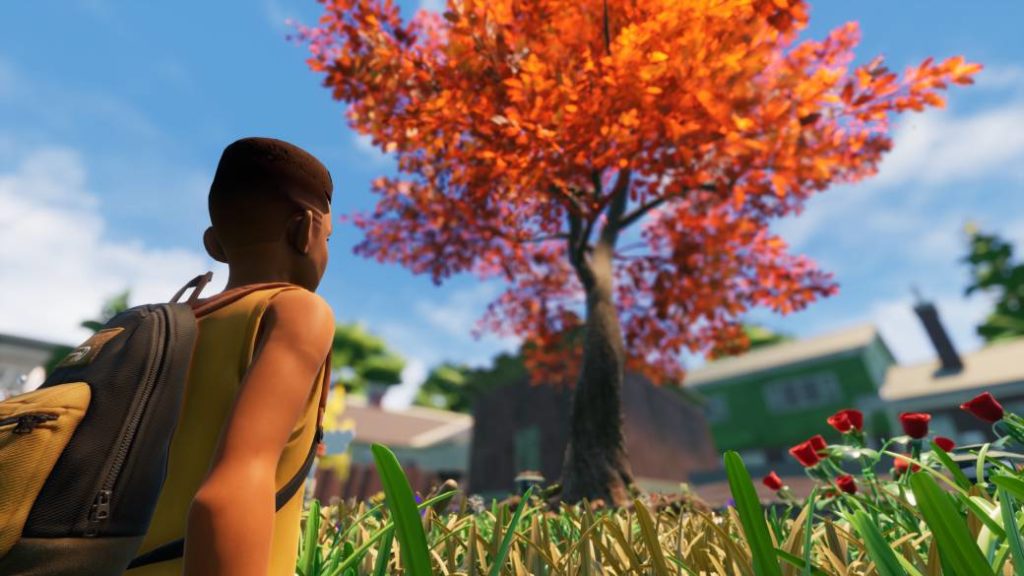 The new from Obsidian Entertainment reveals an adventure that makes everyday life a new form of adventure. 5 reasons to undertake it.

Grounded debuted last July as one of the Xbox Game Pass tricks for this second half of the year. Obsidian Entertainment’s early access immerses us fully in a different, atypical adventure, mixing those fantastic Pixar Bugs with the pre-eighties tone of The Goonies.

But what makes Grounded different from the rest of the survivals? Their survival starts from the distortion of reality on those we see with the naked eye. Being a miniature entity allows your home garden to be a map full of opportunities … and challenges. Today we tell you 5 reasons why you should start the adventure. 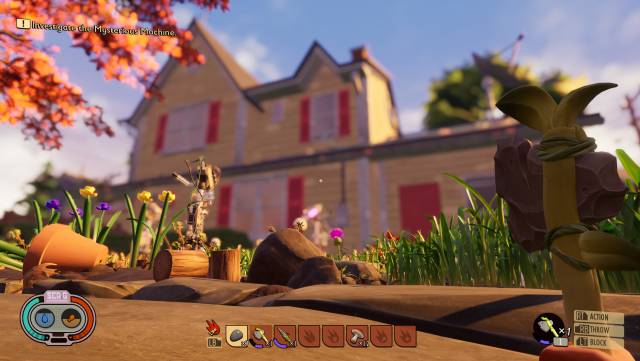 From everyday life, an opportunity

The premise of the game is effective. For some reason, we are cowering in the garden of a typical American house. What you used to see as something mundane can now become a way of knowing something new that helps you survive in the garden. From fallen leaves to organic waste, having this perspective allows us to face situations differently.

For example, on one occasion we saw a soda can lying on the shore of a lake. The lake is actually a puddle, and the can was the one you threw when you ate on the terrace. Upon entering it, we discovered a chip to investigate at a nearby scanning station. So with everything. It is not necessary to go to that extreme: simply the drop of rain at the tip of a weed supposes receiving something that allows us to continue moving forward. 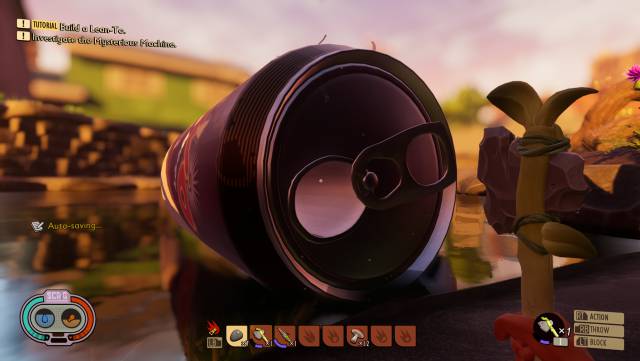 As a good survival, one of the fundamental mechanics is to manufacture from natural resources collected during the adventure. The nuance in this sense is that to obtain new manufacturing recipes we must go through the scanner filter. As we said in the previous brick, there are scattered on the map some scanning stations, whose role is key to the first steps in the garden. By carrying undiscovered items, you gain research points and new crafting opportunities from such matter. The peculiarity is that they have a limit of continuous scans. After consuming it, you must wait for the refresh rate to finish before returning.

Once we have the recipes, the way of building is peculiar to what is usual. When choosing an environment object, such as a bonfire or a bed, you first place the place where you want the item to be, and from there you add ingredients as you have them. This allows you to create a global perspective on what you want to achieve. On the other hand, the surfaces of a shelter are built from resources that you physically obtain, that is, if what you want is a wall, the character carries the planks in one hand. 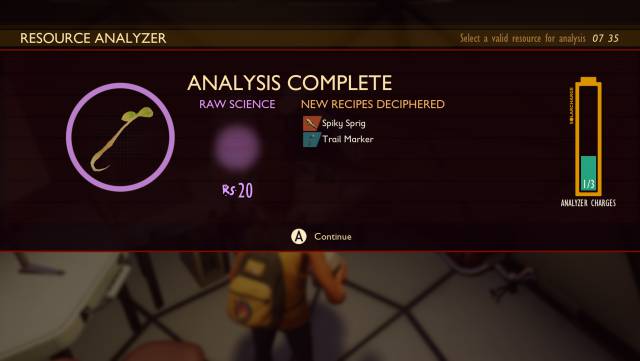 Surely some of the readers will remember the nights of Dragon’s Dogma. Capcom’s RPG made lighting a mechanic. If you went out under the moon you better have a torch. In the case at hand it happens in the same way. Once the sun is gone, vision is drastically reduced. If you do not have a point of light, you will be subject to threats.

Lighting makes exploration an organic way of navigating the stage. One of the first missions led us to fix a cable through an anthill. As you can imagine, during the first hour we didn’t even know how to make a torch. As we headed there, we saw sparks jump, causing brief points of light. Between that little help and the sounds of the environment, we were able to complete the job. 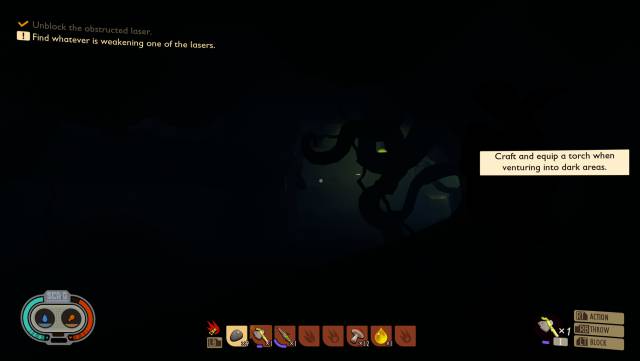 You are the prey

How many times have you killed a fly? In real life we ​​are so superior that we see no threat in them. Quite the opposite occurs in Grounded, and that is that the little bugs have become big moles that come after us. Some of them are usually meek … until night falls. There is nothing worse than a hungry ant.

The bugs seen so far are basic: ticks, ants, ladybugs, flies, among others. Spiders are the main threat right now. If you neglect to explore, you may end up stuck to a spider web. As humans, we are weak. Until we have armor, we will die from just a couple of blows. The study wanted to calm those who suffer from arachnophobia. From the options menu you can access the visual adjustment of the spiders, which has up to 5 levels of customization. If you want to see them as 2 balls without textures, you can. 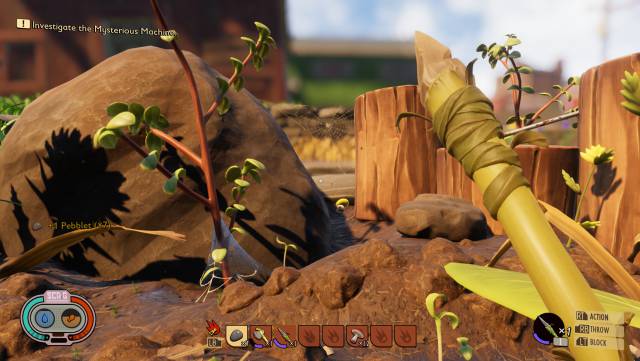 Due to its early phase, the game still doesn’t have all of its features. There are areas that seem to be shaped to receive content in the coming months. It happens to the underwater side, and it is that the main lake hides various resources and places that we cannot access with ease. We do not have enough oxygen to explore as we would like, so it is clearly a function to develop.

Nothing is what it seems in the world of Grounded. Two basic functions are added to the survival mechanics: eating and drinking. As we said in previous paragraphs, the raindrop of a weed becomes a point to drink clean water, while muddy puddles can make us contract diseases. The same goes for food. Do you have an acorn within range? Take a level two hammer and chop it up so you can put something in your mouth. 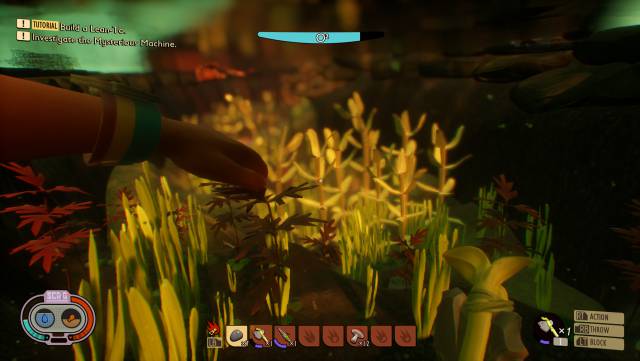