You are here: Home / Bethesda Softworks / The influence of D&D on role-playing video games 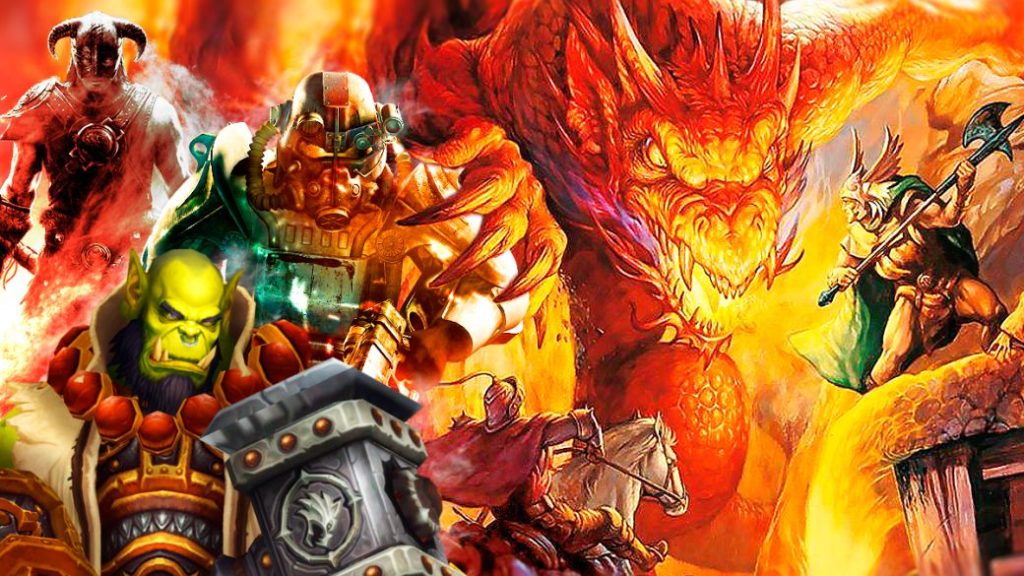 D&D is considered the father of many board and computer RPGs. We talk about its enormous influence when it comes to shaping the RPG in the video game

The board opens before you, unfolding a dungeon that hides various secrets in each room. There are treasures, monsters, and maybe a dragon that doesn’t like visits from strangers. Although you may like strangers for lunch. Assemble your team of adventurers and venture into danger. Can you handle the challenge? This is the gateway to a fantasy world that many players have immersed in for hours. In many occasions, the board is pixelated and receives different names: Pillars of Eternity, Neverwinter Nights, Baldur’s Gate … Dungeons & Dragons, the great benchmark of the board role, exerts a powerful influence not only on digital entertainment, but on it fantasy genre. Today at FreeGameTips we explore how the sword and dice witchcraft has influenced RPG video games.

The birth of dragons and dungeons

The birth of Dungeons & Dragons was shortly before its first publication in 1974, as documented in a report by Geek & Sundry. Gary Gygax and Dave Arneson, creators of the board title, met at a role-playing club called the Castle & Crusade Society.

Gygax, along with Jeff Perren, had written a game called Chainmail, which recreated medieval battles, along with a supplement that described how to apply the rules to a fantastic environment, which included monsters and spells like the classic fireball or lightning bolt. Arneson, for his part, created Blackmoor, another board game based on Chainmail and The Lord of the Rings. In his play, the player would explore dungeons riddled with enemies, traps, and puzzles. 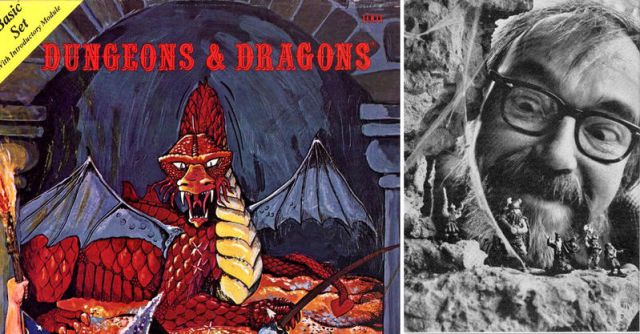 Gary Gygax, one of the creators of Dungeons & Dungeons

When both players reunited, Gygax became fascinated with Blackmoor, and created a campaign called Castle Greyhawk that he would enjoy with his children. Afterwards, both players brought their experiences during the game to the table, along with new ideas, and from there Dungeons & Dragons would be born: fantasy, narrative, combats and a complex and deep game system. To this day, dragons and dungeons continue to be the star of many player lounges, as well as games streamed on Twitch. The role, with its different games, continues to see D&D as the father of all of them. In digital entertainment, the translation of the role is also based on the work of Gygax and Arneson. Jennell Jaquays made the leap into digital entertainment thanks to her vast experience as a designer of role-playing games. Brenda Romero, a pioneer in the video game industry, started professionally thanks to Wizardry, one of the first RPGs and inspired by Dungeons and Dragons, and later she would participate in the development of Dungeons & Dragons: Heroes.

On the official website of The Strong National Museum of Play, we see a review of the influence of D&D in role-playing video games: “But Dungeons & Dragons did more than inspire thousands of computer RPGs. It also shaped the basic gameplay mechanics – the gameplay DNA – of a significant proportion of later games. When Gary Gygax and Dave Arneson, the creators of D&D, adapted their rules to a miniatures game in a fantastic environment, they created number systems to calculate multiple aspects of fantasy game: from the experience gained after eliminating opponents and finding the treasure, to the probability with which a blow will hit the rival ”. Computer science succeeded in reproducing the statistical nature of D&D, which facilitated the implementation of calculation mechanics in video games. “ 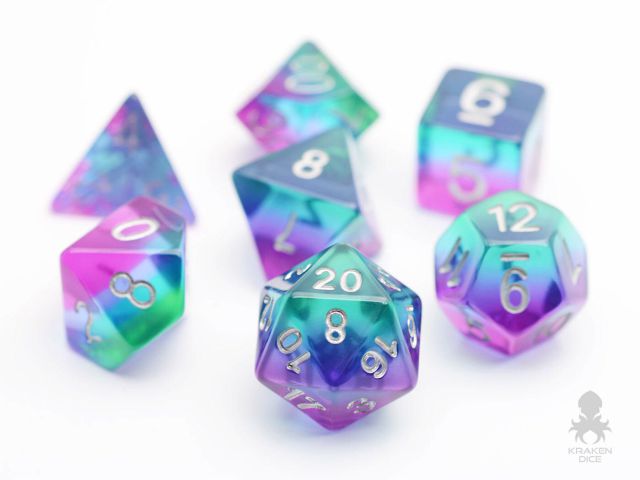 In the article world we find that the contribution of Dungeons & Dragons goes beyond a combat system based on statistics: damage points, experience, levels, races and characters are elements that we observe even in titles belonging to other genres. In sagas like Assassin’s Creed, it is necessary to acquire personal possessions such as armor and weapons, and fighting against monsters, beyond defeating them with a single action, has also been inherited from the board role: “The influence [de D&D] it extends beyond fantasy video games. The numerical measurements and representation of many game components, from health in a first-person shooter like Doom, or the physical needs of hunger and hygiene like The Sims descend from the mechanics of Dungeons & Dragons, even if we don’t see a magician or a sword throughout the game ”.

Gametopia analyzes in an essay the contribution of Dragons & Dungeons in the RPG and also highlights the random factor that the dice add, which gives the adventure some excitement and unpredictability. The result, depending on chance, in addition to the enhancement of our abilities, can lead events towards success or failure: “The Fallout saga is, again, a good reference, since it marks the probability that we have to hit our mark. shot depending on the part of the body of the creature we are aiming at. Similarly, during conversations you have a chance of failure or success depending on the path you take when talking to them. If you want to threaten, the force will be your ally But if you want to like him, you better have a good amount of charisma. “ 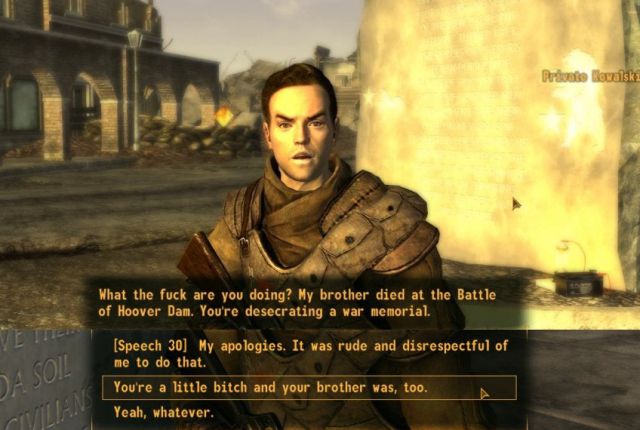 Dialog options in Fallout New Vegas. One of them requires at least 30 points in diplomacy.

Likewise, battles do not only inherit from D&D the system of hit or miss according to the result of a digitized die. Rules such as critical hits are also maintained, which can end a character’s life; or the altered states that hinder us during battle. This system is part of the video play culture, in such a way that we know that if a character falls victim to a Dream spell or similar, it will be disabled for a time.

On the other hand, the traps in the dungeons are also part of the heritage of Dungeons & Dragons. From the classic mine that explodes when noticing our proximity, to the inopportune spikes on the wall. Rogues, experienced in the arts of subterfuge, are the ones to detect and defuse traps. This has been inherited in titles like World of Warcraft, although other games only require a sharp eye. 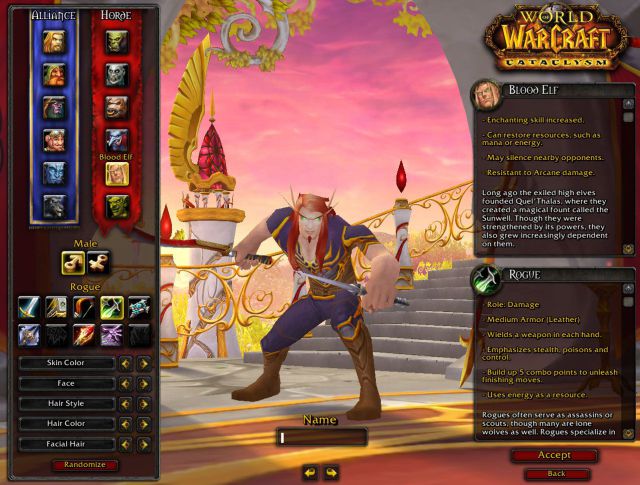 Creation of character, class and specialization

One of the attractions of the role is that we play a character, beyond managing their avatar on screen. Your actions, decisions and evolution depend on us. Likewise, we also outline their attributes and specialization from character creation. The editor within the games, where we choose physical appearance, race, class and others, is the digital version of the character sheet. In titles like Neverwinter Nights or Dragon Age we customize the physical appearance of our character, in a similar way that we draw his portrait on our sheet.

“Almost all systems, old and current, have these cards that determine the factors that will characterize our character,” says Gametopia. “Normally distributed in Strength, Dexterity, Constitution, Wisdom, Intelligence and Charisma.” Thus, if we create a magician, we know that we are interested in investing in Intelligence, while the rogues stand out for their Dexterity. In addition, modifiers can be applied to these attributes depending on the equipment we carry or even the influence of our companions. 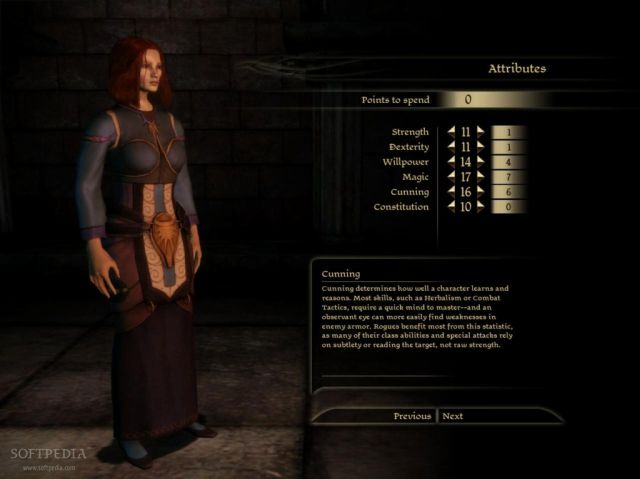 Of course, video games don’t exactly trace the D&D class system. In Dragon Age we have the bard, who takes over the roles of the rogue. In Fallout, the SPECIAL system is a reinvention of the D&D attributes with slight changes. It is also worth highlighting Skyrim and a specialization system in which we are the ones who forge the skills of our character according to use. Thus, if we choose to fight with spells, we will acquire more experience in that area. This leads to an interesting mix, as we can become an arcane warrior wielding a sword in one hand while casting fire spells with the other.

Let’s also review how the Final Fantasy saga has made the class system less obvious to the player, as noted in Gametopia: “Final Fantasy X we can point to the protagonist, Tidus, as the team’s bard, having a large number of skills of support. Yuna and Lulu as cleric and magician, classes known in the Final Fantasy paradigm as White Mage and Black Mage. Square Enix has adapted the traditional classes to their world, applying their own rules and characteristics and creating their own, such as Blue Magician or Dragon Knight “. 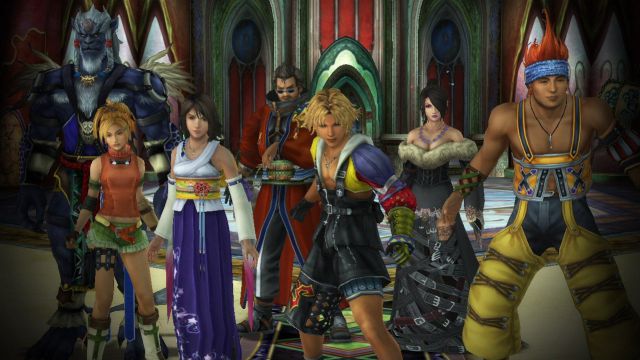 The adventurer group (or pilgrimage) of Final Fantasy X

When we create a fantasy world, it is impossible not to include magical races that coexist with humans. The presence of elves and dwarves seems almost mandatory in any sword and witchcraft setting. Also, this becomes the starting point for creating sociopolitical conflicts that sustain the narrative, as with the tension between elves and humans in Dragon Age. We also look at video games that have their own races, like the Khajiita of Skyrim or the Krogan in Mass Effect.

In The Gamer they note: “However, most fantasy games tend to be based on classic D&D characters such as elves, dwarves and halflings. Of course, these were originally popularized by The Lord of the Rings (JRR Tolkien), and they even have older roots in European folklore. However, it was D&D who made them the raw material of the video game world, unlike, say, the talking animals in the Narnia saga or many creatures from Greek mythology. “ 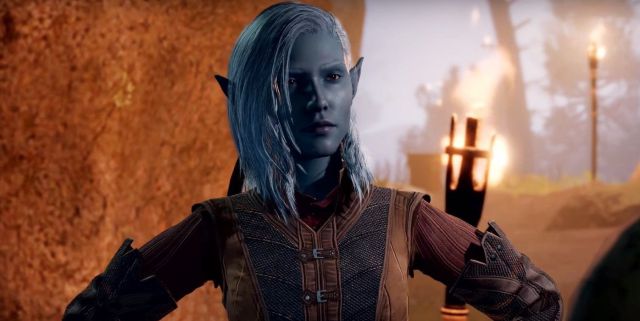 A drow in Baldur’s Gate 3

The open world and player freedom

The Gamer breaks down a list of Dungeons & Dragons contributions to video games. The open world is one of the highlights: “The idea of ​​an open world, beyond a set of level designs, favors that kind of freedom on which tabletop role-playing games build, where players can go wherever want and do what occurs to them. Today, there are more limitations when coding all the options that there are, while the paper, pencil and dice allow more possibilities, but the origin of this type of game design is clear ”. Side missions, also present in the board role, help enrich the experience of a world that feels alive.

The Gamer, for its part, has another report dedicated to the open world and its limitations, from which we rescue this extract, which applies to the precepts of the role, both on the board and digital: “But one of the problems that we constantly run into is the lack of impact of our decisions on the NPCs and the script […]. While it is wonderful to play as any type of character we want, it is disappointing when your choices are not reflected in the world around you. Not to mention that if we seek an immersive escape from reality, we want the world in which we immerse ourselves to be as credible as possible to enhance that experience. ” For this, we appreciate titles in which we feel our decisions matter, such as The Witcher 3, where even side missions shape the destiny of the characters and the Continent. 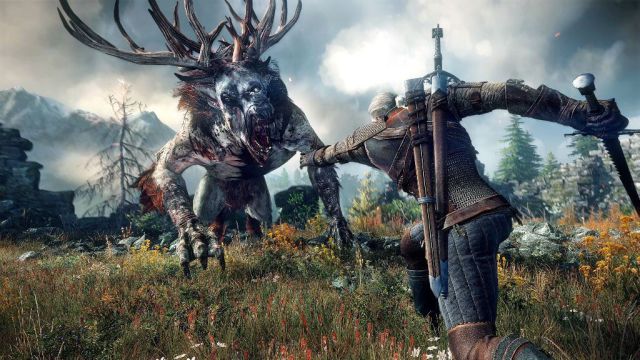 The Witcher 3, sword and witchcraft

Dungeons & Dragons has evolved through its editions, as well as the genre of the role itself. Worlds that go beyond the sword and witchcraft, but that maintain the flavor of exciting adventures that we live between dice, miniatures, paper and pencil.