You are here: Home / Bandai Namco Entertainment / The most anticipated games of 2021 and beyond: Elden Ring 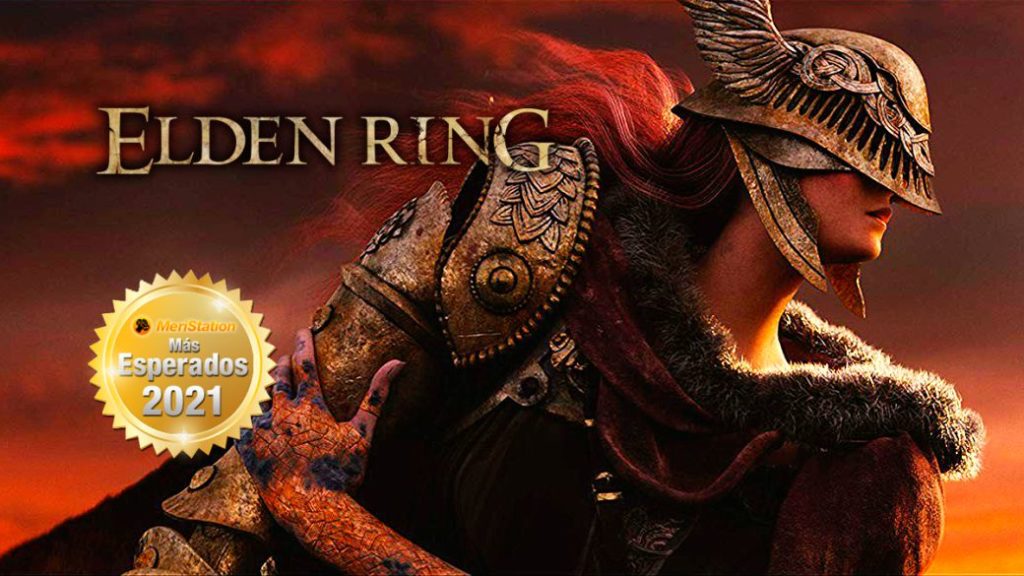 Elden Ring is one of the most anticipated games on the scene. We recap everything we know so far about From Software’s next work.

There is a tense calm among From Software fans. After a desert 2020 around him, we enter 2021 with the hope of being able to know something, even if it is the least, about Elden Ring. The launch of Sekiro: Shadows Die Twice begins to be far, especially considering the caliber to which we were accustomed. Since 2015 we have received Dark Souls 2: Scholar of the First Sin, Bloodborne, Dark Souls 3, Déraciné and the title starring the one-armed wolf. Except for the bump in their first approach to virtual reality, the truth is that the Japanese have maintained very high levels of quality. It’s easy when you have figures like Hidetaka Miyazaki as your conductor.

Will we have another year of drought? As of January 12, we do not know. What we do know is the starting point, the origin and the antecedents that have led us here. We review everything we know so far and what we want from one of the most anticipated games in the industry.

Elden Ring, “The Greatest and Deepest Game” by From Software

The last declarations of the Japanese creative in this regard, were carried out by the ambition that was extracted from his words. During a panel dedicated to their latest work, Miyazaki assured that Elden Ring “is the biggest and deepest game” they have done in the studio so far. “Basically, I decide the thematic axes of the video game that must be made first, the motives and the focus of the universe. We are now developing a game called Elden Ring, which is the biggest and deepest video game we have made so far. I feel like we are challenging ourselves, ”he said.

What kind of scale are you referring to? Part of the answer was given a few days after its revelation, back in June 2019. Still under the starry sky of the city of Los Angeles, the director confessed in an interview with IGN that it will be possible to navigate the world riding a horse, although This expansion of the playable terrain will not raise population areas with a density of characters, on the contrary: the world will be devastated by an evil whose origin has not transcended. 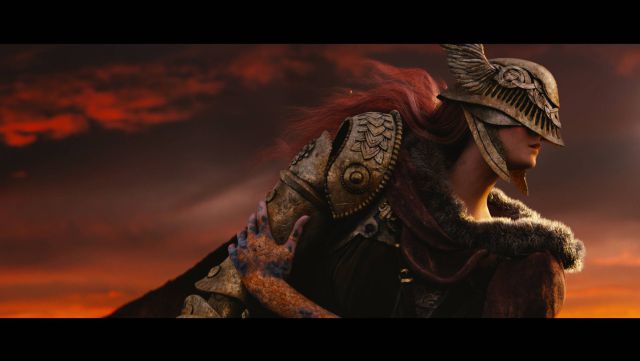 This type of unprecedented playable mechanics in his works has a logical answer, and that is that in the same conversation he claimed to have studied many open world titles. Although he did not reveal a specific name, it may be that Miyazaki himself shared one … two years before these words. He did it at the microphone of our colleague Ángel Sucasas, in an interview with El País. In full 2017, The Legend of Zelda: Breath of the Wild was on everyone’s lips, including Hidetaka Miyazaki. “As a game designer, there are a lot of times when I feel a kind of load on my shoulders playing something like this. As Ocarina was, this will be the future standard by which we are all going to measure ourselves and I am honored to be a video game creator in the same era, ”he explained. His creative approach was clear from the get-go: creating a game that can only be made by From Software within the genre, just like Link’s adventure on Wii U and Nintendo Switch.

“Elden Ring is more of a natural evolution of Dark Souls,” Miyazaki emphasized more than 12 months ago. We know it will take a similar path to the trilogy in terms of playable structure. Far from the limitations of Bloodborne and Sekiro: Shadows Die Twice, Elden Ring will bet on maximizing the ingredients that catapulted its formula to fame. “This title will include a multitude of weapons, magic and ways to confront the enemy, which will make it possible to offer players the style of play and strategies that they want,” said the director. We are talking about the classic ARPG in the third person, this time with a greater number of possibilities and the return of customization. 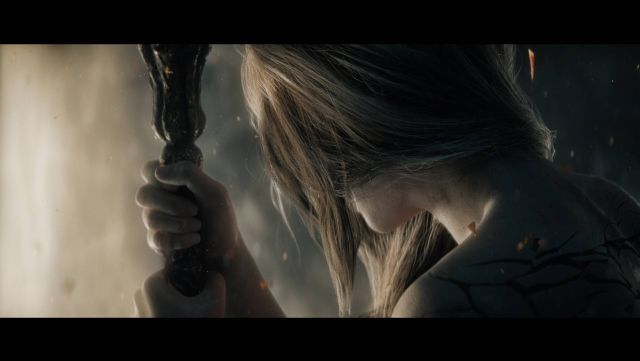 Having drawn an open world proper is the biggest difference from the rest of his career, although Miyazaki does not want to be bound by the strictest definition of the genre. He shared his enthusiasm for managing to raise that design in a playable area full of interconnected levels, where it is the player who decides how to approach the key moments of this journey. The level of challenge that characterizes him will remain intact, dying will be the beginning of a learning path that will make you go through the dangers that await in the Elden Ring. There will be mini-bosses during the exploration stages, at the same time that the key moments will be emphasized: the battles against the bosses. The stakes are high.

To achieve that special atmosphere, Yuka Kitamura will repeat again in the musical direction. The young composer has extensive experience within the team. During the Dark Souls trilogy, she was one of Motoi Sakuraba’s assistants, and it wasn’t until Dark Souls 3 that she took the lead solo. Pieces such as Soul of Cinder or Abyss Watchers are part of his extensive repertoire. Kitamura is in charge that when we close our eyes, we know that From Software surrounds us. 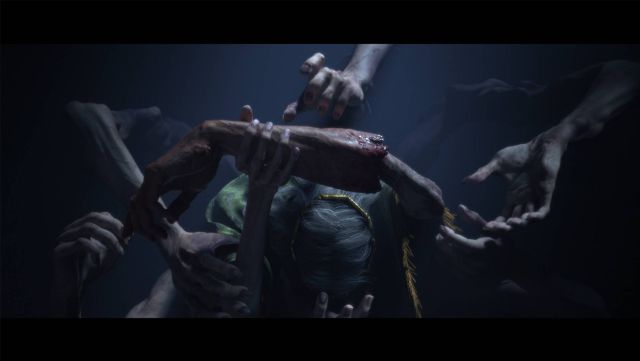 The company went live with the development of Elden Ring after the completion of The Ringed City, the latest add-on content for Dark Souls 3. Therefore, production and part of the development occurred in parallel with Sekiro. “At the time, Elden Ring was planned as a game with a greater emphasis on classical fantasy compared to other projects that were considered or in the early stages of development,” Miyazaki said. But what is the secret to keeping the quality standard so high? “I assign co-directors to each project, and I provide direction in various aspects of design, game and music.” All the supervision of the elements of the game pass through your eyes. Nothing escapes him.

Hidetaka Miyazaki and George R.R. Martin, a duo of height

The peculiarity that appears by Elden Ring has two proper names: Hidetaka Miyazaki and George R.R. Martin. The author of A Song of Ice and Fire will sit before the pen to build the mythology of his universe. Martin’s involvement in the project is no accident. Hidetaka has claimed on numerous occasions to be a true enthusiast of his work. “I love A Song of Ice and Fire, as does Tuf’s Travels series. However, if I had to pick my favorite I would surely say Fevre Dream. It is a masterpiece of vampire fantasy that I recommend to all our new workers, ”explained the Japanese. The influence of the writer is clear. 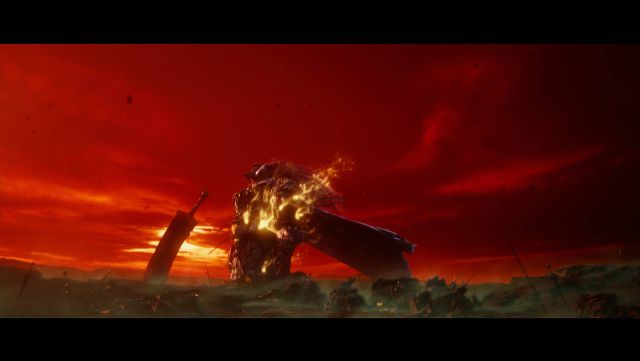 The collaboration between the two arose in a chat like the ones before. Knocking on a door, talking and knowing the claims of each one. Eiichi Nakajima, executive director of the business area of ​​From Software, thought that Martin would reject automatically. However, fate brought them together in “a fun and exhilarating experience.” The desire to work together was mutual. “The collaboration began when Mr. Martin confirmed to me a series of themes and ideas related to the game that I had thought of. This allowed us to have the freedom to chat creatively, material that he would later use as a basis for writing the general myths of the world itself ”.

The relevance of myths to the structure of the background is sensitive. In fact, Miyazaki stated that they will be “full of drama and interesting characters wrapped in elements of mystery.”

Prayers and wishes: Phil Spencer has already played it

Phil Spencer, head of the Xbox division, confirmed in an interview with Gamespot that he had already played “a little” at Elden Ring. The American described it as “Hidetaka Miyazaki’s most ambitious game”, a compliment that goes hand in hand with From Software’s own statements. “I love his games, but looking at some of the mechanics he’s putting in place, what he and the team are doing with the setting, the work that they’re doing with another creator as far as the story goes … I love it,” he said. Spencer.

The team has reached a point where it doesn’t have to prove anything. From Software has delighted us for more than a decade with a way of understanding the video game that has influenced the rest of the industry. Its rhythm chains outstanding after outstanding, each more unique in playable and visual terms. There is no doubt: it is one of the most fit studios today. 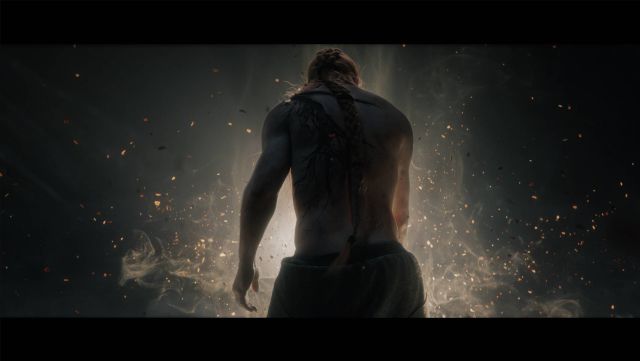 Therefore, we ask you to maintain the quality standard to which you are accustomed. We want to venture into a world that rewards effort and risk, that each level feels part of a global one, with the impact that Dark Souls once had. Ultimately, we want the game that smiles back. We hope that with the arrival of the new generation, the available platforms will also reach PS5 and Xbox Series X | S. It is currently confirmed for PS4, Xbox One, and PC; we want specific enhancements focused on newly released hardware.

We end with the studio’s gratitude to its fans, whose expressions of affection have infected the team. Yasuhiro Kitao was in charge of transmitting it through social networks. We’ll see you in 2021 for sure, buddy.