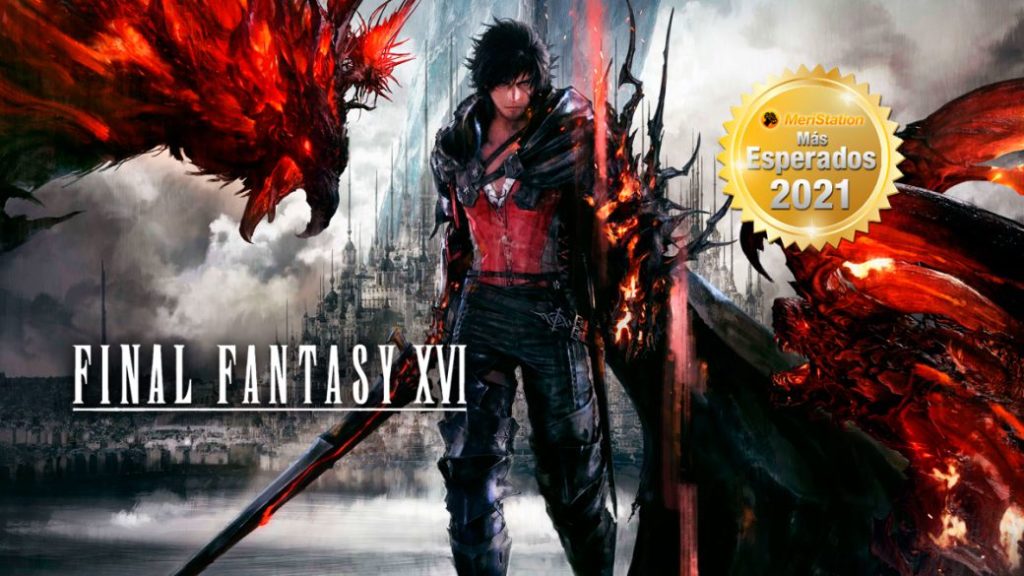 The next installment in the popular Square saga looks set to shake things up, and will do so by drawing on highly experienced talent.

Probably all Final Fantasy fans are familiar with the name of Hironobu Sakaguchi, creator of the series and director or producer of countless major installments and spin-offs until his departure from Square Enix in 2004. Lesser known are Koichi Ishii and Akitoshi Kawazu , although they joined him at a key moment, when he proposed to develop the RPG that would forever change a company then called Squaresoft. Enix, in those rival days, had paved the way with Dragon Quest, a pioneering saga adapting the western role of computers to Japanese sensibilities and consumer habits, and remained the most popular in the country for decades, but Square soon showed a capacity greater to evolve the formula and branch out to other franchises.

Thus, after participating in several main installments and designing such iconic creatures as chocobos and moguris, Ishii used the Final Fantasy Gaiden (here Mystic Quest) portable delivery as a gateway to Seiken Densetsu / Mana; and after being key in the creation of the combat system, Kawazu also found the Game Boy’s Final Fantasy Legends the starting point for the SaGa series. Starting with all this may seem like an unnecessary detour considering that we are in the middle of 2021 and today it’s time to talk about a new main delivery, but a quick look behind the curtains is not enough because it reveals that, despite changing the tone, the aesthetics and some of the big names associated with it in recent times (now involved in the second part of VII Remake), Final Fantasy XVI is very connected to the ideas and talent that made this series relevant in the first place. 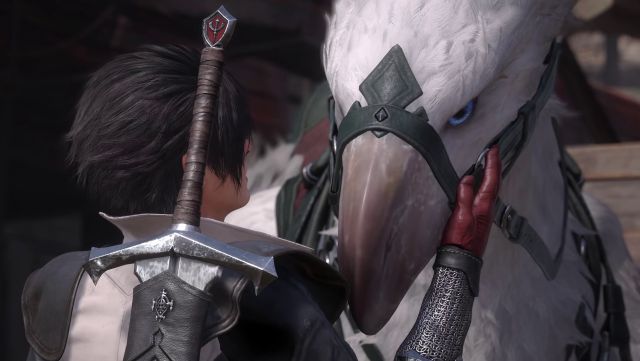 Isshi and Kawazu may not sound like most readers, in case we talk about Nobuo Uematsu and Yoshitaka Amano, things are sure to change. None of them had to deal with tasks such as designing levels or combat peculiarities, but the music of the first and the illustrations of the second were fundamental in establishing worlds, characters and even emotions. Precisely Isshi, responsible for designating the crystals as the central magical element, recommended Amano to give life to a fantasy that should make a difference both with respect to Dragon Quest and the western role that had inspired them through games like Wizardry or Ultima. One with castles and knights in metal armor, but also flying ships and creatures or clothing of oriental influence.

From the original Final Fantasy, released in 1987, to Final Fantasy VI, released in 1994, the team grew and brought in new talent to replace those, such as Isshin and Kawazu, moving to other Square franchises. But the saga maintained a firm identity, based on its own medieval fantasy – towards the end spiced up by steampunk – for which Amano’s modernist style, profuse in detail and at the same time light in line, served as an anchor. With him, the characters and their stories also evolved: the anonymous Warriors of Light gave way to well-defined characters and internal conflicts like Cecil in IV and extensive choral casts like the one headed by Terra in VI. Something that, naturally, resulted in a greater variety and depth of the topics covered. 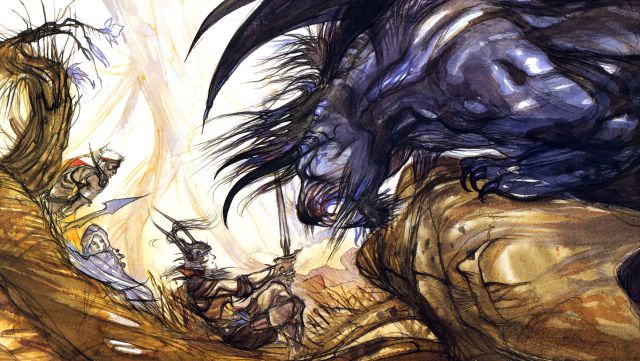 Nomura and the Pop revolution

One of the new talents who briefly joined the saga during this period was Hiroshi Takai. After joining Square in the early 1990s, Takai was part of the Romancing SaGa team alongside Kawazu and also lent Sakaguchi his prowess in designing monsters and combat scenarios in Final Fantasy V, a task he shared with newcomer Tetsuya Nomura. Following this collaboration, Takai focused on SaGa as Nomura climbed through Final Fantasy: Sakaguchi and Yoshinori Kitase (another internal talent who went through Final Fantasy Gaiden and Romancing SaGa before ending up in Final Fantasy V) gave him increasing responsibilities, somewhat which went through his involvement in aspects of the plot and even relieving Amano as lead designer in Final Fantasy VII.

And VII was, as we all know, THE game. A perfect storm of new technology, great staging and fantasy reinvigorated by a futurism that allowed dealing with conflicts of a more contemporary nature. The kind of work that marks a career, although in Nomura’s case, it also catapults her to an even more prominent position in Square. The next title, Final Fantasy VIII, cemented both his personal style, more influenced by manganime and Japanese Pop culture, and a global twist within Square: still defined by Sakaguchi as the closest thing to his Final Fantasy “ideal”, the ninth installment was a sporadic return to the roots before the styling and sensibility of games like Final Fantasy X, Kingdom Hearts or Crisis Core ended up dominating the company’s landscape to a great extent. 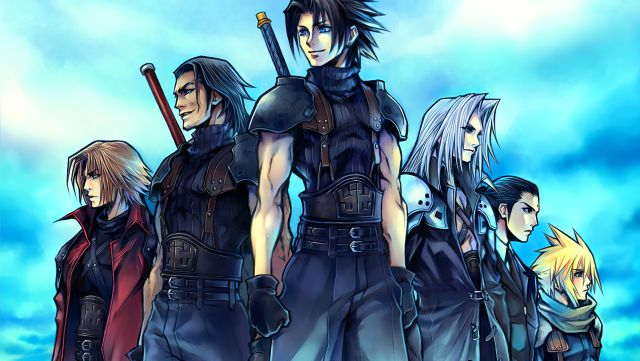 To say that the first decade of 2000 was transformative for Square would be an understatement, since it not only saw the merger with Enix or the departure of Sakaguchi, it also brought a multitude of internal restructurings and, with them, the temporary or permanent abandonment of several sagas. . One of these movements was given in order to create the first online installment, Final Fantasy XI, a commission that brought back Koichi Ishii, Hiroshi Takai and other creatives who had participated in series such as SaGa, Mana, Chrono or Xenogears in those years of transition to three dimensions. Despite the great changes that its MMORPG nature implied, XI recovered the medieval fantasy, the works and the less melodramatic load, curdling a title at times more classic than some offline predecessors.

Part of its influence was noted in Final Fantasy XII, another atypical installment for not having Sakaguchi, Kitase or Nomura in any prominent role. The only previous experience of Yasumi Matsuno – most responsible until his premature abandonment for health reasons – with the saga had been through the spin-off Final Fantasy Tactics, and both its more adult and political tone and the operation of combat through pre-routine routines. programmable (the gambits) did not quite catch on with many followers who had approached through games like VII or X: although XII was a critical and sales success, it showed that Square had broadened the spectrum of fans and would no longer satisfy all at once. Something that, jumping to today, explains why it is wise to develop VII Remake and XVI simultaneously. 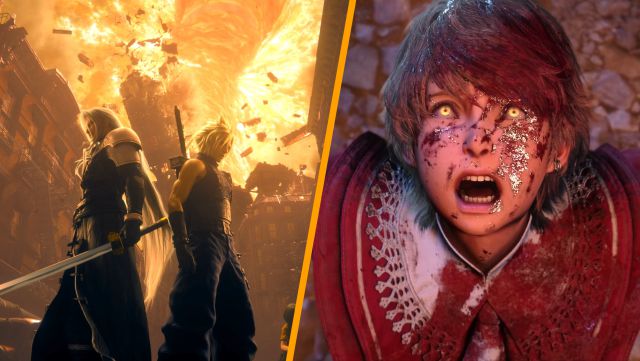 Of course, carrying out several large projects in parallel has not always been Square’s strong suit, and for example, Fabula Nova Crystallis. After a brief departure from the main saga and the breakout success of Kingdom Hearts, Nomura, Kitase, and Kazushige Nojima (writer also involved in VII, VIII, X, Crisis Core, etc.) returned to Final Fantasy to lead the leap towards the first. HD generation through a series of games connected by a common universe. It is a long and complicated chronicle to deal with in detail now, but suffice it to remember that from there came titles like Final Fantasy XIII (and its two sequels), Type-0 or Final Fantasy XV, all of them punctuated by delays, big changes and / or reviews far from the best standard of the series.

The Last Remnant, A Realm Reborn, and second chances

Although if there is one idea to stay with here, it is the value of second chances. For many fans, VII Remake has served to atone for many sins of Nova Crystallis, and for Hiroshi Takai, XVI is the opportunity to consecrate himself after the lukewarm reception of The Last Remnant. Because before any Nova Crystallis title was released, the Romancing SaGa designer saw himself directing his first game (with Kazawu as producer), which was also the first HD JRPG from a company not yet ready for the jump: used to To use its own tools, Square had to license the Unreal Engine 3 and learn to use it on the fly, which resulted in limitations and a game that, like so many others of the time (Blue Dragon, White Knight Chronicles, Infinite Undiscovery, Resonance of Fate), failed to leave a significant footprint. 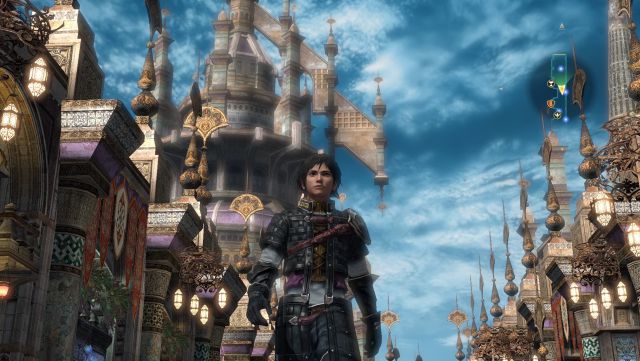 The turn of the decade did not miraculously fix things, and Square soon found itself with an even bigger problem: even though it was not part of Nova Crystallis, Final Fantasy XIV, the second MMORPG in the series, had major complications derived from the engine created for the compilation. (Crystal Tools) and some design decisions that left it far from the forefront of the genre. Everything indicated that XI’s success would not be repeated, so new internal movements were made to remedy it. One was to bring precisely Takai, who interrupted his work on another game (later canceled) and Naoki Yoshida, involved in that same project and, more importantly, in the development of a Dragon Quest X that was taking better shape despite sharing the use of Crystal Tools.

In this way, the new creative team launched what would initially be described as FF XIV 2.0, a complete reconstruction aimed at saving what was already a failure with all the letters. And he was saved. Released in 2013, A Realm Reborn alleviated almost every problem imaginable, dipping into combat, interface, progression system, mission design, and visuals. Kazutoyo Maehiro, one of Yasumi Matsuno’s main allies in titles such as Final Fantasy Tactics, Vagrant Story or Final Fantasy XII, was key when it came to enhancing the narrative facet, and Matsuno himself, after years away from the company, also returned to collaborate on a couple of expansions that raised the bar even higher. 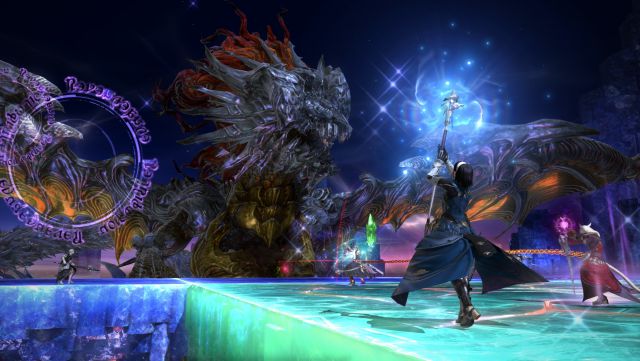 With the XIV furniture saved and the Nomura group embarking on a remake converted into its own saga, Square decided to commission Naoki Yoshida to produce the next main installment, in development for several years by a team now renamed the Creative Business Unit. III (Unit I is responsible for VII Remake and Kingdom Hearts). This means that Hiroshi Takai has returned to the director’s chair and, although there is no official confirmation yet, it is probably also that Kazutoyo Maehiro is involved in the story (after Heavensward, 2015 expansion, he and Takai left key roles in A Realm Reborn, which gives a rough idea of ​​when the new game began to take shape).

Announced in September 2020, Final Fantasy XVI was advanced enough not to resort to a CG teaser or concept art, something that helped elucidate its intentions more clearly, although it does not imply that its release is imminent. Exclusive to PS5 on consoles, but also with a PC version, the game maintains the real-time action combat of offline installments such as XV or VII Remake, but remains linked to the medieval fantasy of the online ones or those imagined by Amano in the already far ninety. With Yoshida’s team, a more adult and sober tone also returns, something that goes from the color palette and the most explicit violence to the creation of a world, Valisthea, made up of several kingdoms that augur political intrigues such as those that characterized the Matsuno games that Maehiro worked on — and of which Yoshida is a self-confessed fan. 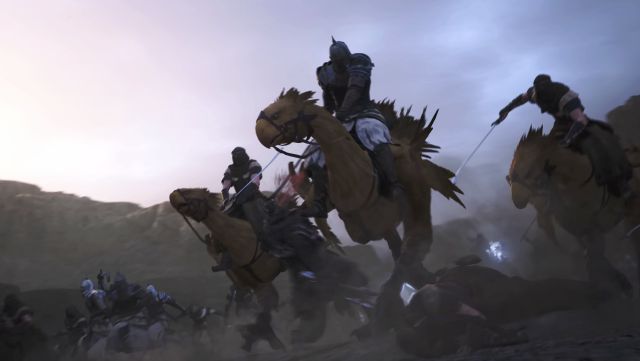 Of course, there are also fantasy elements such as crystals, vital for the survival of the kingdoms, or invocations, called Eikons and latent within some humans (the Dominant) waiting to unleash their enormous power. A good recipe for conflicts and dramas that surely we will soon receive news, since Square has promised to continue expanding information in 2021. Final Fantasy has never gone away, it is true, but after some years of uncertainty and setbacks, it finally seems begin to stand tall with the firmness of yesteryear.