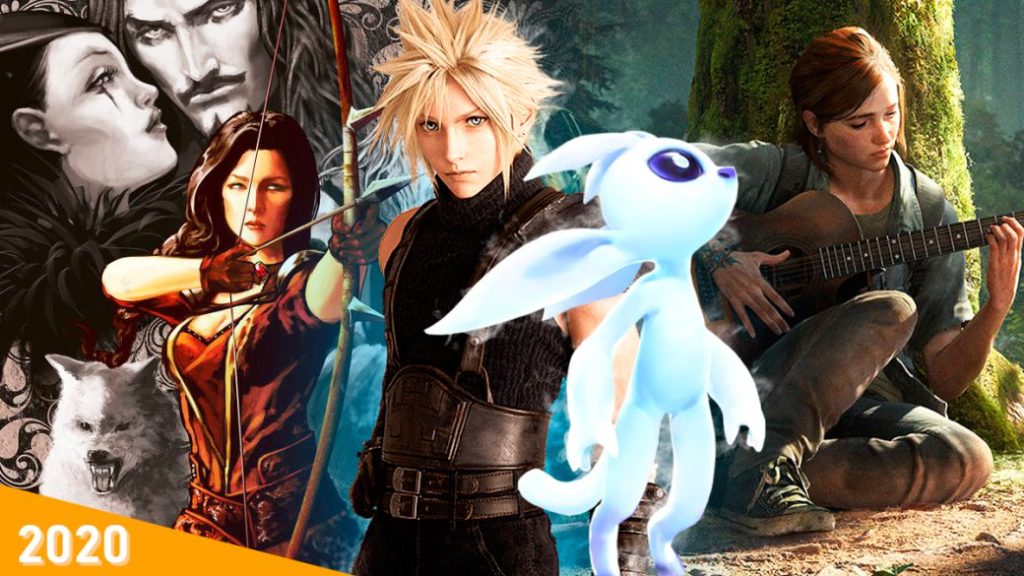 Of everything that is happening in this generational change that we are going through, music is not exactly what is suffering the most mutations. Visually, we have increases in resolution that leave behind what was before, the new discs that load almost immediately, or the vibrancy of HDR with some games that take advantage of it divinely. In music, on the other hand, few real news, without that being bad. We are at a time when the paradigm of music for video games has been working the other way around for some time from what it originally was. If music was, years ago, the last thing to be designed in a project and each small advance in sound chips was capable of changing everything, the main limit that video game composition now has is none other than the creativity of songwriters, and this is something we can’t help but rejoice about. There are also the budgets and everything we want to add to them, but the truth is that we will not hear anything on Playstation 5 or Xbox Series X – no matter what their life cycle lasts – that could not have happened in their predecessors. In that world of sound, many beautiful things have happened this year. We are going to rescue some since, as is customary, there is everything.

The Last of us 2: Guitars as Knives

Now that the tide is going out, what happened to the music of one of the year’s titles seems a bit unfortunate. The paraphernalia that has surrounded this title in the press has ended up making it difficult to talk about what it sounds like. It is true that you need to pay close attention to moments like Joel on horseback right at the beginning of the game – and also that it is a shorter soundtrack than usual in a title of this size – but the music of The Last of Us 2 deserves a lot of listens once separated from the game. Within an impressive melodic minimalism, some outstanding themes have been achieved in many respects. An example is the Unbroken composed by Oscar winner Gustavo Santaolalla, an admirable reflection of the world of revenge and dehumanization in which Ellie’s misadventures take place. Only with a western guitar with a couple of chords deployed, its simplicity achieves a deep emotion to the point that it has seemed to us one of the best songs of the year. He is not alone: ​​there are many other superb moments throughout the game, almost all with a guitar that, as we already know, is very integrated into the game and its moments of calm. We’ll see if, in a few years, it turns out that there are those who remember the music of this game more than its history.

Final Fantasy VII already came with an OST of those that tell in the history of music for video games. Themes like Tifa’s, Cloud’s Main Theme or this game’s Battle Theme are pieces that define Nobuo Uematsu among the greats in his business. The exercise of nostalgia – well understood – that has been carried out with this remake has ended up shaping one of the best soundtracks of the year, especially because of how well it plays with its moments for all tastes. A bit of Japanese techno here, an impressive remix of the battle theme there, a Tifa song with which many will have cried, and we already have several hours of music about which little can be said, beyond companies like Square Enix or Nintendo are aware that they hit where it hurts when they do these tributes. The Big N, knowing what he had in hand, has also included all the music from Super Mario Galaxy – another of the best soundtracks ever seen – in that Mario 3d All Stars that we have criticized so much for the lack of content. Soundtracks at this level are a musical heritage to take advantage of, and the Japanese know this very well.

Special mention deserves the transformation of the Demon’s Souls OST into something much more in keeping with the current category of From Software in the video game world. The melodies were already beautiful because the music has always been taken care of in From, but the instrumentation and the epic character have increased in scale in another soundtrack that deserves to be among the best of the year even if we detach it from nostalgia. It is enough to listen to the level up of the theme of the intro to realize that we are in another world: what used to be somewhat accelerated pieces that did not sound great, has mutated into epic music in the league of what is now the Souls saga. In fact, to put some downside, we could accuse it of an excess of emphasis on that epicity, but that is another matter and it certainly does not affect only this game. May Spiderman forgive us: Miles Morales.

From the woods to the skies, with Gareth Coker

It was sung that Ori and the Will of the Wisps was going to have good music. What sounded in the first one – already with the British Gareth Coker at the helm – was a masterpiece of video game music, and the truth is that its author has done quite well since then in the sense that listening more and more in the big leagues. Thus, Ori and the Will of the Wisps does not start to innovate – melodies from the first title are heard throughout the game – but Coker’s language has reached a superb level in terms of instrumentation. The woodwind instruments with which the sound world of the forests has been characterized are so well treated that they inevitably transport us to this cartoon world that they embrace with a hardcore platform video game. To top it all off, the balance between the ambient – let’s not forget it’s a metroidvania – and the melodic is treated with the precision of a great musician. Without a doubt, one of the best soundtracks of the year, we would dare to say that the best for those with ears more akin to classical music.

In the big project scene, two other titles are worth remembering for their music, although this year we do it with some nuance. Mick Gordon received with Doom (2016) an almost unanimous recognition thanks to a music according to the level that the game exhibited in all its facets. This year, Doom Eternal has managed to impress again with a sequel that expands on the good that was already in the base, but unfortunately the river has gone down something more choppy on the musical plane. It is true that the music continues its own way – with a metal that encourages anyone to kill demons through hellish scenarios, which will always have its audience – but the truth is that it surprises us much less, even though some echoes of the songs are heard. first titles of the saga almost thirty years. Things have not ended well between the composer and Bethesda, who have ended with controversies over artistic and production issues. Be careful with these muddles, because they end up noticing in what it sounds.

Those who do not tire of listening to Japanese folklore in a video game, and there are a few, have this year their dose with Ghost of Tsushima, but they should not only look at it. His music is no longer something that surprises due to its resources, because we have already heard the Shakuhashi flutes, the Biwa and all the folk instruments many times – without going any further, in Sekiro we also found a very accurate use of this sound – but surely the case of Ghost of Tsushima will be more influential in the future. The almost two hours of music that comprises this soundtrack go further than ever – in a video game, let’s be clear about it – in the fusion of this sound with a much more Western style orchestration, something that is not new in other media but that has many possibilities in video games. We cannot resist, in this very breeding ground, mentioning Haohmaru’s theme in Soul Calibur VI, since the music of Samurai Shodown was so pioneering in terms of the more literal use of Japanese.

Be careful not to listen to it

There are video games that, either because of the frenzy they are indulging in or because of the excessive calm of what it sounds, can incite the player to disconnect from their music or not generate that interest in listening to it outside the game. Deep down, it’s a subjective thing that can happen to anyone with the least expected title, but this year we’d be wrong to not listen to Hades’ music with all the attention it deserves… being busy riddling Hydras with arrows. Apart from pages as beautiful as the ballad of Eurydice, it is a music with influences from a classic video game, one of those that is liked more the more they are heard. The same happens with the music of Blasphemous: The Stir of Dawn, although in this case it is for another reason. In his bid to create an atmosphere, he hides a fantastic use of flamenco and the traditional resources of Spanish music that ends up winning our ears, even if this happens after we have played the game a couple of times. Carlos Viola has achieved some really special moments – like the melodies of the final bosses – while creating an atmosphere according to the mysteries of Cvstodia in a very good soundtrack that, however, does not easily attract attention.

The most classic scene

Chiptune, that resource that will never completely leave us, has also had its moments this year. Ippo Yamada has been quite inspired when it comes to radically traveling back in time with his old-fashioned melodies for Bloodstained: Curse of the Moon 2, a game with moments of great inspiration even though this music requires a lot of complicity on the part of the listener. In a similar style, we have also been surprised by the curious cocktail of sounds from Wallachia: Reign of Dracula, with a first-rate melody that could well have come out in the nineties, but which sounds as if it had been composed for an Amiga or a synthesizer rather than for an old console. Also in this league many other small memories of the past play, such as the main theme of those Battletoads that return in 2020.

The truth is that today so much music is written that we can only congratulate ourselves that there are composers as good as Gareth Coker, guys trained at the highest level who dedicate themselves almost exclusively to music for video games. More and more, the scene is having prestigious names, with its own styles capable of permeating more facets of the game. Spanish video games are no exception, as there are many Spanish composers successfully dedicating themselves to all of this for years. This year we have had some of those protagonists active like Gryzor87 in a smaller project, but we do not want to end our tour without making a mention of the work of Paula Fingerspit Ruiz, whom we fans of video game music will have to follow very closely. close in the future if he continues to compose music on the level of what he has shown for Atticus VII, a canceled indie project.

For the rest, video game music in 2020 has not meant, as we mentioned at the beginning, a revolution. Such a thing is no longer viable, but it is to find ourselves the usual at the end of the year: many hours of music with quality moments that deserve to go from the screen to the speakers to be heard just because.