You are here: Home / News / The physical edition of Microsoft Flight Simulator will include 10 discs 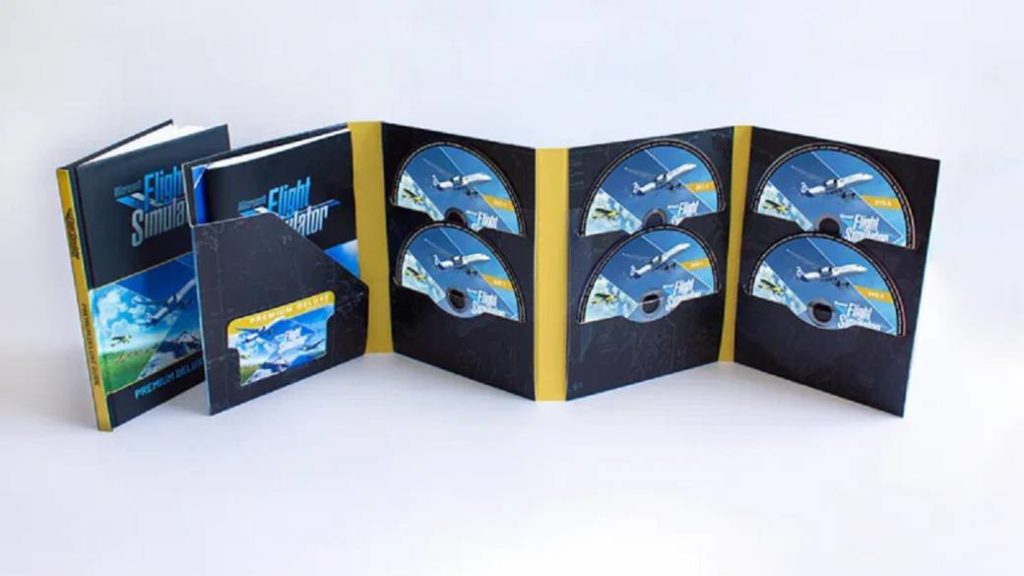 Flying through the air will require a previous step that will consist of inserting a few discs to install the product.

Prepare the engines, check that all the controls are operational and breathe a couple of seconds before flying. In the event that you purchase the physical edition of Microsoft Flight Simulator, you may have to do more than download a package of files. And it is just confirmed that the physical edition of the video game will come in a fairly spacious box. It is not for less, because the title will be distributed on 10 DVD’s. In this way, the Metal Gear Solid 4: Guns of the Patriots meme on Xbox 360 has finally come true, even if it is with another game and another platform.

Aerosoft, the company that publishes the title in physical format, has been concerned with providing a well-built box, but also an instruction manual, an article that was very common until more or less recent times, but which has almost passed to the history (except in some collectors’ editions). Microsoft Flight Simulator is 85 GB in size, although those in Redmond initially indicated that 150 GB would be required. In any case, the boxed product will have all the contents, although it will also be updated with the different patches when it is published.

The sky is calling. Are you ready to answer?

Acquire it digitally or physically, this new production requires a permanent Internet connection. The reason is that the video game uses the cloud for various functions, so it depends on streaming to offer all its content. “This is a simulator that depends on the cloud if you want to extract its full potential,” said an Aerosoft representative. “In this way, the boxed versions allow players with a slow connection to install the base game without downloading the content.” Of course, updates will come later, so it’s time to download from Microsoft’s servers.

Microsoft Flight Simulator will enter the closed beta phase on July 30, but will not be released until August 18 on PC (it will also be released on Xbox Game Pass PC).