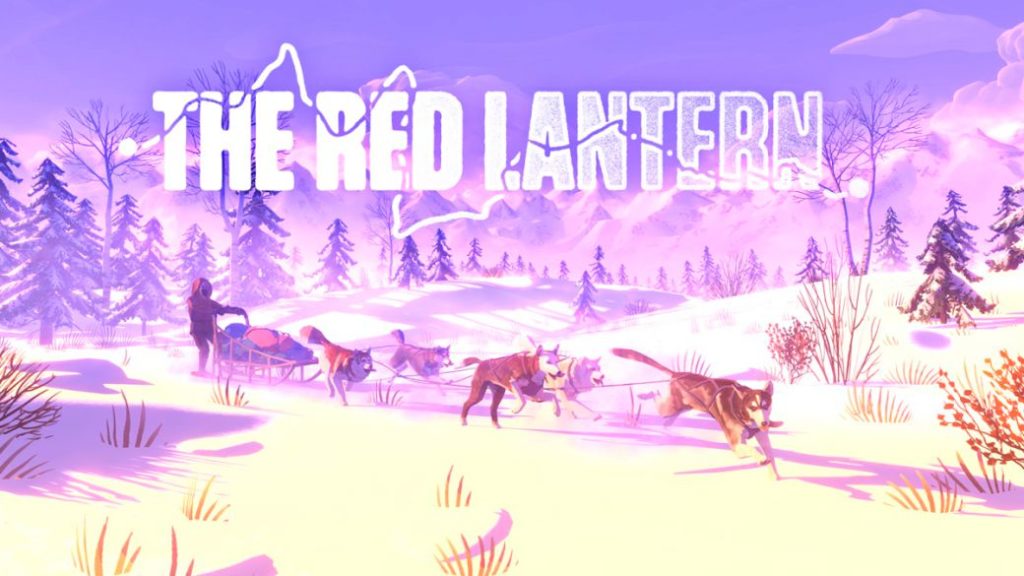 Timberline Studio debuts with The Red Lantern, a friendly survival game with a strong narrative load.

Timberline Studio is made up of a team of only seven people, and in it we can find veterans of large companies such as Obsidian or Blizzard, and former Dysney animators. The Red Lantern, the first game of the study, gives off care and good vibes at all times, even in difficult times, something that perhaps clashes with the genre in which it is included, that of survival, characterized by being relentless with the player . Does Timberline successfully resolve this posture clash? Join us in the following Reviews to clear up doubts.

Narrative, dogs and the fight for survival

The components of Timberline Studio are united by a love of dogs and nature. Several of the members of the study have beautiful dogs and like to take routes between valleys and mountains. Conversing in a coffee shop, the idea was born in the founding members of making games mixing these passions with their admiration for the narrative possibilities that video games offered. The result is The Red Lantern, which has recently arrived on Switch and PC.

We begin by choosing our travel companions, five dogs with a marked and defined personality. There is the playful, the shy, the curious, the lazy … From the beginning we want to empathize with those dog friends on whom our lives will depend on the journey that awaits us. The danger of our journey is sensed from the same options, where we can choose whether or not our animals may die. The tension rises with this detail while we fearfully press the Start button.

An overnight van trip on a road surrounded by lush forest in Alaska. The night rages on as the windshield wipers struggle to keep our vision free of rebellious and playful snowflakes. We speak aloud (in English and subtitled in the same language, there is no localization to Spanish) about the great adventure that awaits us. We show our sensitivity, our motivations, we cuddle the dogs that accompany us and we express our doubts about the dangers that await us. Without revealing the plot, we simply tell you that, once we leave our vehicle parked, we will have to sled from point A to point B. There a warm refuge awaits us, but first we must cross the inhospitable and icy terrain of Alaska .

Survival games are often demanding on the player, continually throwing stones at their heads, putting sticks in the wheels, and tripping around every corner. They steal what little we have in our pockets and empty our pantry. They are going to knock us down, they want us to fail. Only excellence in our choices (and some luck) will make us see the dawn of a new day. The Red Lantern has some of that, but in very few quantities.

They seem like newcomer sins. With a high narrative component, it is not understood that we start a dangerous journey with only three bullets for our rifle, just food and a couple of plasters for possible injuries. It clashes with our logic. It would have been much more coherent to come out well equipped and for the game to bring us an accident shortly after leaving that left us with the belongings with which we really started.

The procedural component does not surprise with new scenarios in each game because all of them are mimetic, and the supposed 100 random events that we can find quickly exhaust their surprise because of the shortness of each game. It seems that the percentage of appearance of each of them is too unbalanced to keep aces up our sleeve as we start playing over and over again, but this means that after a few restarts we add more repetition of events than desired. 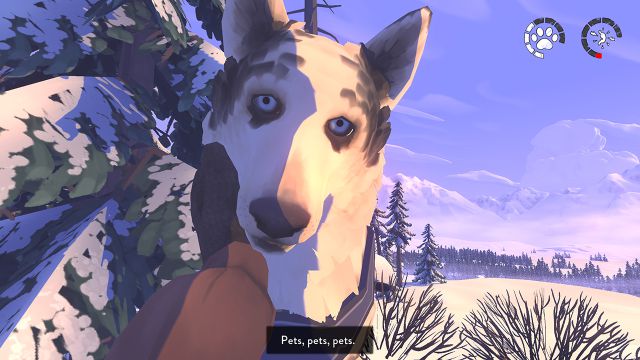 No, this is not how it happened. Cheating death

A successful game can last less than an hour, so it is considerably shorter when we fail. The lack of food for us or our dogs ends in an aseptic reboot. The food we get by hunting or fishing has been mismanaged on our part. The end. There is no drama or excessive frustration. From the map we have, we know that the trip is ridiculously short, so it’s time to restart the trip without too much stress. And here comes another narrative incoherence. It is very silly, but also obvious enough to attract attention. Taking as a basis the great idea of ​​Prince of Persia: The Sands of Time, the celebrated reboot of 2003, we appear again driving on that blizzard night and we verbalize our wrong departure as a nightmare that we have had. I repeat driving!

Again, something that could have been easily fixed. In this case, placing the start of the trip at a base camp. And it is not something that had to be implemented from scratch. On our trips, from time to time we make stops with our sled to rest and sleep; Then the image of a tent appears, a bonfire that we can light, the dogs around us, the medicine cabinet and our reserves at hand. That is, it was enough to use that image as a starting point at the beginning of the map on each reboot. 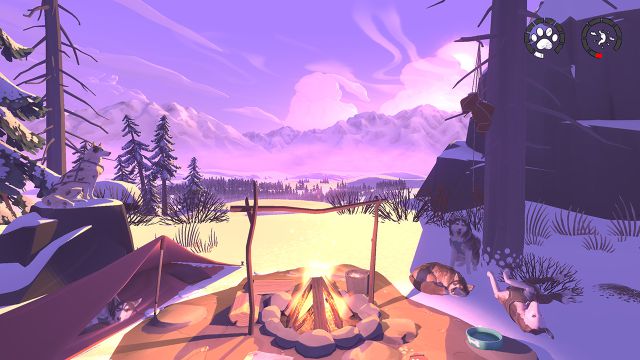 Survival has never looked so kind

The friendly aspect of the game collides with the survival mechanics. The landscape and animal design is beautiful, with a (very fast) day / night cycle included that gives great postcards. It has a cartoonish look that reveals the past in the animated cinema of some members of the development team. Everything is painted in pastel colors, and it is enjoyable to behold during the journey that takes us from the cold dawn to the starry night. The soundtrack reaches the height of the visual scale with calm and beautiful melodies. It is, in short, a place that is nice to be, not one to be afraid of.

The essence of survival games is that they want to kill us. It is its main purpose. They are robust hands that are closing little by little on our neck, suffocating us. They create anguish in us and force us to juggle our resources, blindfolding us as they place us on a tightrope over a moat with crocodiles. The Red Lantern makes you want to hug him. The nerves cannot make a dent in his short games, the few variables in the situations kill the surprise, the very limited options allow a quick balance. Juggling here is not done with ten knives, but with two teddy bears. All this makes the game continually collide with its narrative. 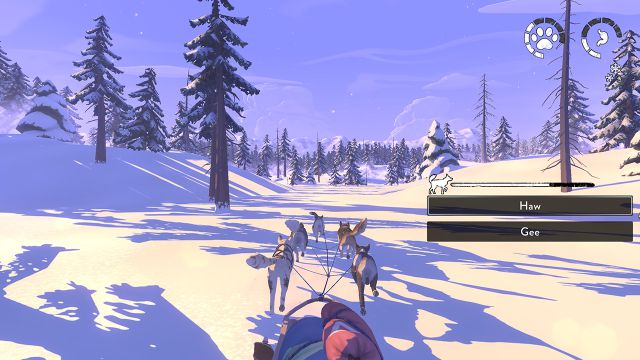 Timberline Studio’s first title can be a great gateway for players who have no experience with survival games, for people who are attracted to what they propose but have never dared to climb such a steep mountain. For everyone else it is better to put all of Alaska in the middle.

Confusion will be my epitaph is a phrase to remember from King Krimson’s fantastic 1969 debut album, and it comes to mind when playing The Red Lantern. We have in front of us a puzzle where the pieces do not fit. Too well-intentioned for a survival game, the title also doesn’t shine in its narrative, which continually slips into incoherence. Too lacking in options, mechanics, and duration, Timberline Studio’s first game lacks everything in everything you want to implement. It falls very short in its playable bases, something that does not fix the charm of its aesthetic and musical sections. Its environment is friendly, beautiful, something that also collides with the concept of dangerousness of survival titles. In this sense, it is very possible that it will please users who do not like the aggressiveness of the scarcity of resources, those who prefer network hopping. To tourists of a genre and not to travelers who venture into it.