You are here: Home / News / UFC 4: EA removes commercials from the game after thousands of criticisms 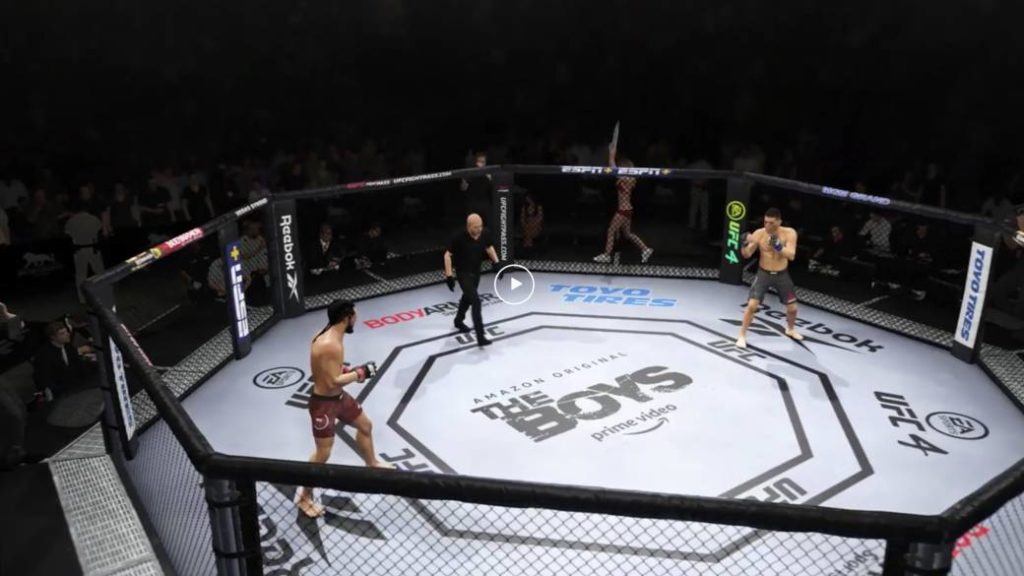 After including third-party promotional advertisements within the full game without prior notice, the company has withdrawn this type of advertisement.

Electronic Arts has withdrawn all UFC 4 commercials after thousands of user protest messages. The launch of the new installment of the mixed martial arts saga had become – without prior notice to buyers of the full-price title – a showcase for brands like Amazon in the direct promotion of products such as television series.

This movement did not sit well with users, who had to constantly see the logo of The Boys series in repetitions and the gameplay itself, as we can see in the example in the form of a video reported by a user on the social network Reddit. Discontent is quantified in more than 91,000 supporters.

Message from Electronic Arts after the controversy with UFC 4

According to the British media, Electronic Arts has responded directly to this problem with EA Sports UFC 4: “At the beginning of the week, the team activated advertising positions in EA Sports UFC 4 that appeared during replays of the gameplay. This type of advertising additions are not new to the UFC series, although generally we have reserved the display of ads in specific spaces of the main menu or in the location of the logo in the octagon ”, they explain.

However, EA has rectified and recognizes, without detours, that it has identified the discomfort of the users, for which they apologize: “The ads have been disabled by the team and we apologize for any inconvenience caused to the gameplay […] We want to make sure our players have the best possible experience playing EA Sports UFC 4, so the integration of commercials in replays and overlays [en el octógono] will not appear in the future “

EA Sports UFC 4 is now available in physical and digital format for PlayStation 4 and Xbox One. FreeGameTips has already analyzed the title with a notable rating. You can read our full Reviews of the title through this link.