You are here: Home / Activision Blizzard / Villains who conquered the players 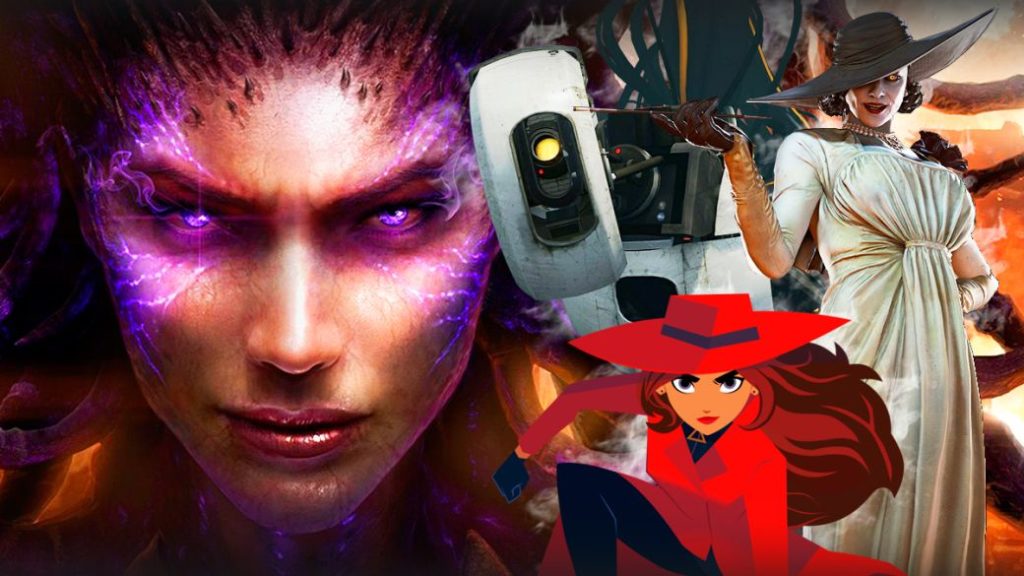 Much more than corseted stereotypes, these villains showed us that evil can be captivating.

Women’s Day is a day of vindication. We have taken many steps to achieve gender equality, and there is still a long way to go. Today we remember fighting, brave and inspiring women, and it is common to find reports on revolutionary female characters for breaking negative stereotypes, both in the analog and digital world. We adore ladies who break the archaic restraint of the damsel in distress, or femmes fatales who weaponize sensuality, and heroines who have gone beyond the satellite of a male lead. However, today we look at the villains who have marked us the most. At times, women have been antagonized in fiction to create a narrative that vilifies the feminine through negative archetypes. However, sometimes we like to experiment with the fantasy of being tempted by evil. Next, we vindicate women who reject the traditional roles of kindness and submission, who play the role of villains in their respective works, but who have won our gamer hearts.

NOTE: This report details spoilers for the Portal and Starcraft sagas. 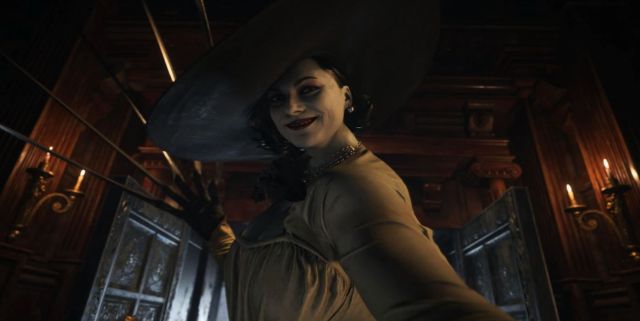 Lady Dimitrescu in the Maiden demo

The writer Eva Cid analyzes in the essay Resident Evil Village and the codes of female terror the viral phenomenon that Lady Dimitrescu has awakened, and that is the character design that defies several codes of terror:

“Returning to the figure of the giant as that clumsy, wild, brutal and not too intelligent creature, the picture collides head-on with what we observe and we can guess about Alcina Dimitrescu. Where the giant stands as an entity that assimilates to uncivilization, Lady Dimitrescu points to the completely opposite extreme. From his clothes, his house, his furniture and utensils, his appearance, his manners and his way of speaking, we can extract that he is a refined, cunning, skillful and sophisticated person. The aesthetic keys it handles are visually and thematically encoded as an ideal of refinement, as a manifestation of what we understand by civilization. While the archetypal giant moves clumsily or slowly, often unaware of the scope of his own size, Alcina Dimitrescu moves with ease, maintains control at all times, completely dominates the space and displays his size with pride ”. Likewise, Lady Dimitrescu’s physical attractiveness is indisputable, although she defies the traditional aesthetic canons of digital entertainment. Accustomed to slender bodies, the colossal stature and the emphatic forms of the vampire remind us that beauty has many forms.

GLaDOS and the cake lie 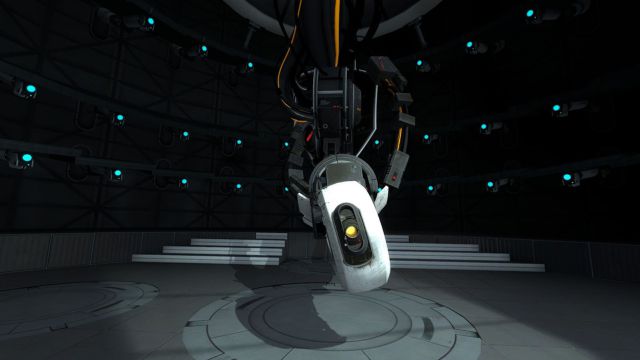 Artificial intelligences are a good starting point for writing a good villain. Unlike humans, machines have no sense of morality, unless it is included in their programming. HAL-9000 in Space Odyssey and AM in I Have No Mouth and I Want to Scream are two of the most legendary villains in science fiction; the first for taking heuristics to homicidal limits and the second for making hatred his banner.

GLaDOS appears in Portal as the instructor who guides us throughout our tests and, throughout the game, we receive clues about how she indifferently contemplates the negative consequences of failing in any of the experiments. After the last test, in which he promised us a cake as a reward, we discovered that the fate of our protagonist Chell was to be discarded and sacrificed. After eluding her end, the young woman sets out on her escape from the Aperture Science facilities, which will culminate in a duel between herself and the evil artificial intelligence. After defeating her, we face GLaDOS again in Portal 2, where she will also become a necessary ally. 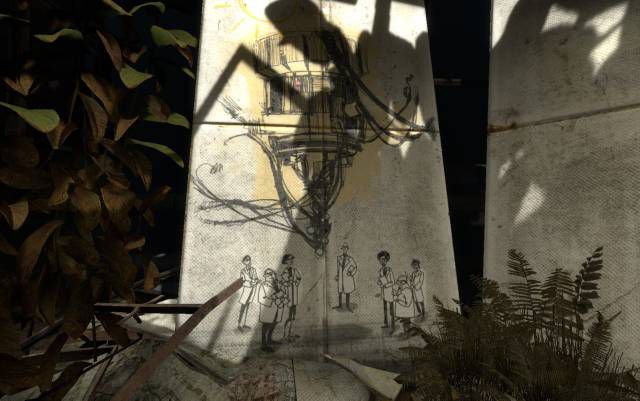 However, GLaDOS is a very interesting villain in many ways. Not only is it the cynical coldness with which he views our progress, nor is it having a complex origin within the Aperture Science story. The essay The Heroic Journey of a Villain (Ásta Karen Ólafsdóttir) analyzes how GLaDOS, from her position as a villain, goes through all the phases of the heroine path, has a human origin through Caroline, adopts her identity as a machine and then he regains his humanity. Furthermore, GLaDOS circumvents any code of female sexualization and her physical form hardly bears any resemblance to a person.

GLaDOS is practically the only company in a solitaire game like Portal. In contrast to a Chell that we experience in the first person, and that does not have a single line of dialogue, the personality of GLaDOS is the one that fills the entire game: “GLaDOS is anything but quiet, and in the first game she acts as a villain and storyteller, as she guides Chell through the experimentation rooms. She is rarely honest, almost antagonistic, but when her account is analyzed through the lens of the heroine journey, we better understand the inner turmoil that takes place, as she goes from being a governor to a potato and then understanding her own inner woman, and balancing its male and female programming (it does not stop being a software). For the casual gamer, GLaDOS can be seen as a true villain, even a monster. She is never called by name, and is referred to as ‘she’ at best. In the first game, we don’t see her until the very end. It is only revealed at the climax of the story, like Jaws, as if it were a beast ‘beyond control or understanding’ (Benjamin 170). For those of us who have studied the game, GLaDOS is an intriguing character, with duality and conflicts, a created being who must deal with her past and the life made for her ”.

Sarah Kerrigan, the Queen of Swords 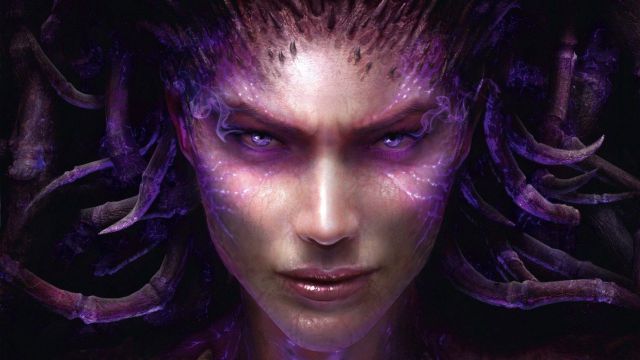 The Queen of Swords

Starcraft is one of the great landmarks of the strategy genre and, like many of Blizzard’s works, it is based on a rich and deep universe. In the saga we find not only one of the most adored villains in the video game world, but also a female character acclaimed by various media: Sarah Kerrigan. Her transformation into the Queen of Swords is a daunting event, and her evolution towards evil, after the Zerg infection, gives her a very authentic relief that transgresses the classic good versus evil narrative.

Glynnis Talken, the voice actress who plays Sarah Kerrigan, was aware of the change that the lieutenant experiences when she transforms into the Queen of Swords, and incorporated it into her performance, as she recounted in an interview on Insomniacmania: “One of the The things I like most about dubbing is immersing myself in a character to such a level that people are not aware that we are the same person. I’ve voiced old men, little girls, rubber ducks, innkeepers, pterodactyls, even for Yoda’s sister. For the infected Kerrigan, I altered the attitude more and not so much the voice, to make that change from ‘good girl’ to ‘bad girl’. I also wore a leather bustier and fishnet stockings. It’s a joke. Such amazing voice effects come from the sound chart. As for the technological arrangements, the voice was doubled with a harmonizer ”. 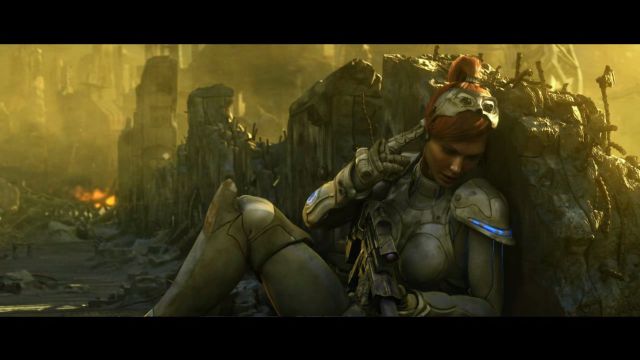 Sarah Kerrigan is one of the most common names in lists of the best villains in video games. In Game Informer, where the Queen of Swords is part of one of these classifications, they define: “Kerrigan is as brutal as she is misunderstood. Once a Terran with great psychic abilities, her capture by the Zerg leads her to transform into the Queen of Blades. With the uncanny ability to be ruthless and compassionate, the leader of the Swarm is an unforgettable villain.

The Queen of Swords design also combines traditional feminine beauty with the monstrous, creating a dark fantasy of power that has been analyzed in various essays. Álvaro Sánchez Velasco analyzes how Sarah Kerrigan challenges certain female roles in her essay Could Sarah Kerrigan Be the Female Lead Feminists Have Been Waiting For ?: “She wears heels, has a well-defined female body, and a beautiful face, but is not sexually attractive to nothing […]. The fact that she is a Zerg so obviously, while retaining some of her human traits, allows her to retain her feminine attributes while eliminating erotic thoughts from most players. This keeps Kerrigan a powerful woman, but not sexualized like so many others in the film industry.

However, Sarah Kerrigan is not only transgressive for perverting the canon of the sensual villain: “Kerrigan is extremely intelligent and presents an interesting balance between good and evil. First of all, Starcraft II shows that she acts of her own free will to some degree. Yes, of course the infection affected her mind, but she is not a puppet of Overmind (the boss of the Zerg) and later she becomes the leader of the Zerg because she chooses it and not because they force her. Overmind has the ability to control every Zerg, save for Kerrigan. And she’s so mind-boggling that she creates her own race of Zerg units, and defeats Overmind and the Ancient Ones thanks to her intelligence and cunning. And as if all of this weren’t enough, it’s literally why Terrans and Protoss can live another day. “ 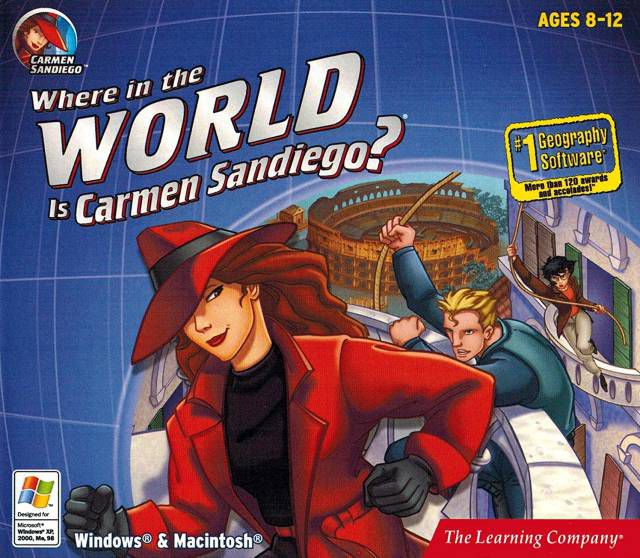 Cover of Where in the World is Carmen Sandiego?

Already at the dawn of video game history, a villain was born who defied many of the conventions from which female antagonists are written. Carmen Sandiego became an icon of a generation that learned geography in a fun way. In the Broderbund saga, modeled after the classic “cops vs. robbers” game, players chased VILE’s gang across the globe. The leader of the criminal gang was Carmen Sandiego herself, a white-collar thief who mocked the authorities all over the planet.

Far from being a fragile damsel or a repulsive final boss, Carmen Sandiego captivated the players who chased her from country to country. In Kotaku they describe how the thief ended up being so loved by the public that she ended up transcending the digital medium to have her own television contest, comics, novels and animated series, including the Netflix adaptation that softens her evil to turn her into a sort of Robin Hood who steals from other thieves: 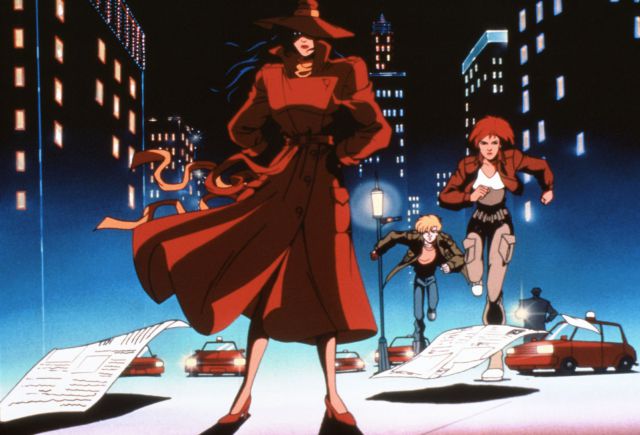 Carmen Sandiego in one of her television series.

“Carmen herself was mysterious and intelligent. The experience of most players can be summed up with the phrase “Shit, he’s escaped again!” A brilliant mastermind, Carmen was always ahead of us; she was a cunning opponent. Rogue, elusive and clever. Players would spend hours hunting scammers before they could even see her. Getting her arrested was one of the most memorable video play moments of my childhood. Plus, she was stylish and her red outfit is iconic. For childhood, she is the perfect villain ”.

Many are the ladies who remind us that evil can be a tempting path. Of course, in this report there are not all that are, but they are all that are. What are your favorite villains?