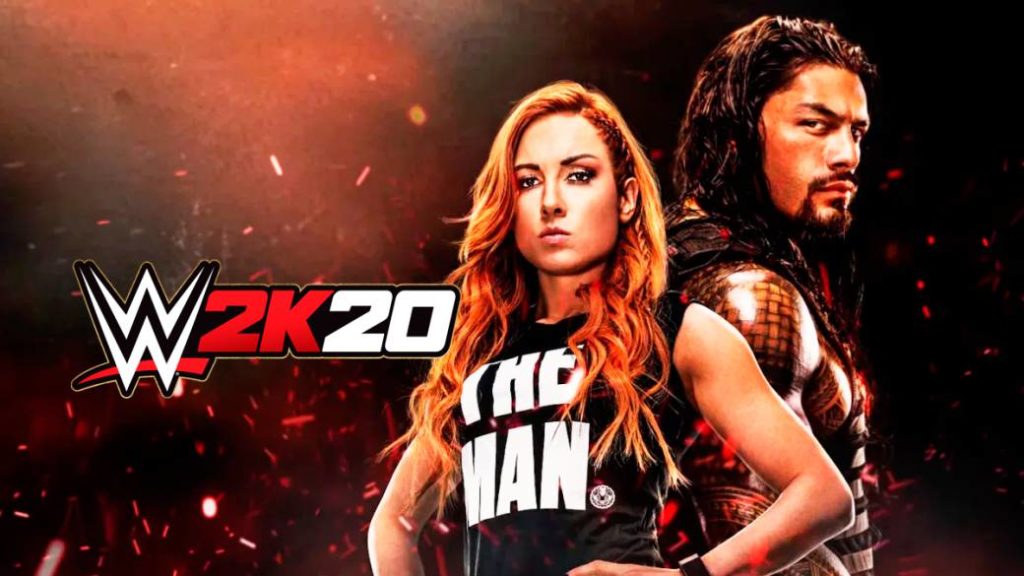 Wrestling does not want to miss a new installment, although WWE 2K20 comes with several important changes. The most relevant is the change of developer who stumbling outrageously after a sound break between Yuke's and the Mastodónica Take-Two. Last August 2K terminated relations with the Yuke's studio, which had been responsible for several years of developing the World Wrestling Entertainment franchise. Yuke's, home based in Osaka, boasted a long career and experience with the titles related to the show of these American gladiators. We do not know for sure the support they have provided to Visual Concepts, parents of the sister franchise NBA 2K and who, co-creators for years of WWE, have collected the witness and responsibility of a product that cries out to be rethinked.

Once a respectable game franchise within its genre, in our present comes a product that needs months to overcome the break between the two companies and open the arena to the general public. And is that Visual Concepts has had to go to the defense of your product and ensures that a solution will come soon. But Sony faced with this situation has been obliged to make refunds at different points of the globe. 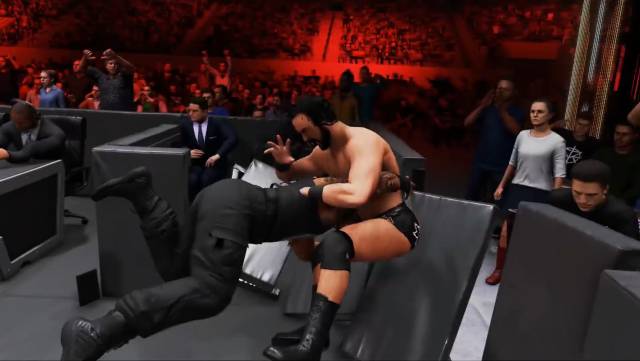 Now, are we facing the end of the franchise or a new era in WWE 2K? Visual Concepts is holding its future. Yuke's left the engine to the Californian developer where she has erred in the visual section and trying to compensate with the amount. But quantity is not always synonymous with quality, and the game is a clear example. The exaggerated multitude of possibilities of the franchise is already a brand of the house. No genre fan would expect less to have a WWE disc inside their console.

The messy already smells since we entered its main menu, where we perceive that something is not going well. Where has this design been so aggressive that we have been dragging from previous years? After passing the selection of characters of doubtful similarity with their real version, inexplicable in some cases, we enter fully into the fighting, where we can see without any hint of doubt that the graphic section is markedly inferior in many respects to WWE 2K19. 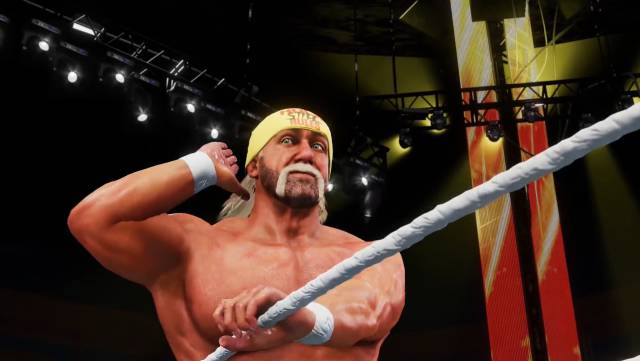 That visual cut is perceived that could justify that perhaps, in moments where there are 8 fighters on the ring giving each other's punches, the game endures frame rates better than in previous deliveries. Although the graphic downturn does not come alone, because we find different lighting errors with the public, failure of textures on clothes, on faces … The same problem that has been dragging the saga with the physics of the hair for years (the fighters seem to continue carrying octopuses on the head instead of hairs). And if in the screen of selection of combatants they did not leave very benefited, inside the ring part of the cast is equally damaged. Becky Lynch, a fighter who appears on the cover with Roman Reigns, is a clear example of the null resemblance to her digital version.

Visual Concepts has chosen to polish the control system of the fighters regarding what we were used to in previous editions and it will not rain to the taste of all players, it is much simpler. The most notable change is in the cons, where in the case of PlayStation 4, console with which the Reviews has been made, the R2 has been supplied by the Triangle. Or loaded and / or special auctions are Square and Equis at the same time. It seems that the timing of the reversals has increased very subtly, which results in a style of play highly supported by the counterattack. There are no notable changes in the systems of submissions, with its classic circle and bars or the "machacabotones". This year, the system of facing the opponent can test our most infinite patience. And it is that in many occasions, after the change of focus to an opponent, our blows are lost in the air and we are not able to impact anyone. Worst fortune occurs when we have a weapon in our hands and we have the adversary lying on the ground: on numerous occasions we will not even hit him. Nor will we find any coherence in the actions of the AI, nor being an enemy or ally. There are few moments in which during several 2 vs 2 matches, we could see how we made the pin to an opponent and his partner did absolutely nothing to cut it, looking at nothing. 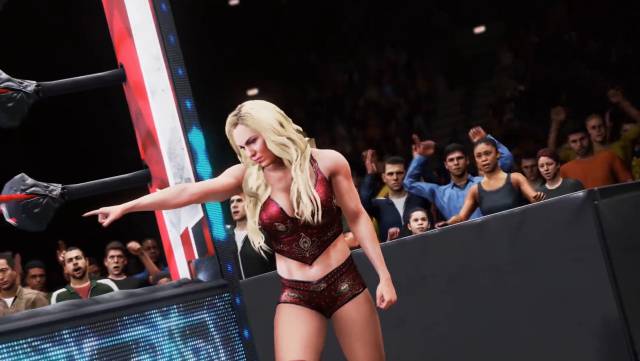 In addition to the more than remarkable roster of more than 200 fighters – which we have already got used to its figure year after year -, one of the greatest successes this year of WWE 2K20 is found in two of its game modes. One of them is the Showcase, 'The Four Horsewomen'. We will accompany Charlotte Flair, Sasha Banks, Becky Lynch and Bayley in their 'Womens' Revolution'. As is customary in this modality, different professional moments of the fighters on the canvas are recreated, where the player is now going to witness his rise to glory from NXT to WrestleMania over 15 bouts. We are still not convinced by the amount of 'goals' that are marked during the fights in the ring, which require more attention to get the tasks and challenges to enjoy these WWE historical reenactments.

The second most interesting novelty is in the 'My Career' mode. This time he will combine the story of two male and female characters, Red and Tre, who seek to fulfill the dream of being authentic WWE legends throughout 18 chapters. An experience of more than 20 hours and that has more than 100 fights, it is true that it gives a bit of freshness to the gameplay, but that already smells of old age in its development and that could give much more of itself. 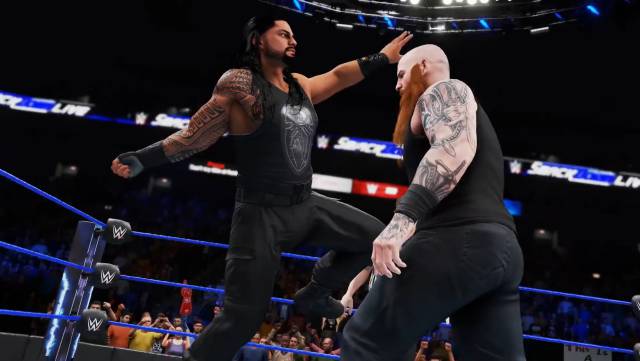 The Towers also incorporate Roman Reigns facing their rivals in 16 classic matches but with the disadvantage that they are not set at the time as can be seen in the Showcase. Apart from this outstanding novelty, the towers add new types of fighting such as Tag Team, Fatal 4-Way and Triple Way. WWE 2K20 offers a total of 50 available towers, divided into three categories: 'Legends', 'Women's Revolution' and '2K Central'.

We can add little more than well-known character editor that has the saga. Unfortunately, he has also been the victim of different bugs that we hope will fix as soon as possible. The editor offers endless customization possibilities for our superstars, where we can take them to break their faces both on the offline ring and in its online mode.

Visual Concepts has tried to save a product by priming it of contents, but leaving aside the quality, which by the way was already deteriorating with each annual delivery. The balance has not been balanced and has not been enough to achieve a good final result, which has been totally tarnished by its mistakes. WWE 2K20 is a game marked by bugs that obscure the experience in combat. To this day, it barely offers any reason to abandon the much higher version of last year despite the good intentions inside the album, but it is overwhelmed after the break with Yuke's. Time will tell how hard the transition will be and duel after the abandonment of the Japanese developer, but what fans do know is that it is time for change. The formula is sold out.

It may have acceptable elements and entertain, but in general it is an experience that will leave no trace.