You are here: Home / News / Xbox Series S is official for 299 euros: “The smallest Xbox in history” 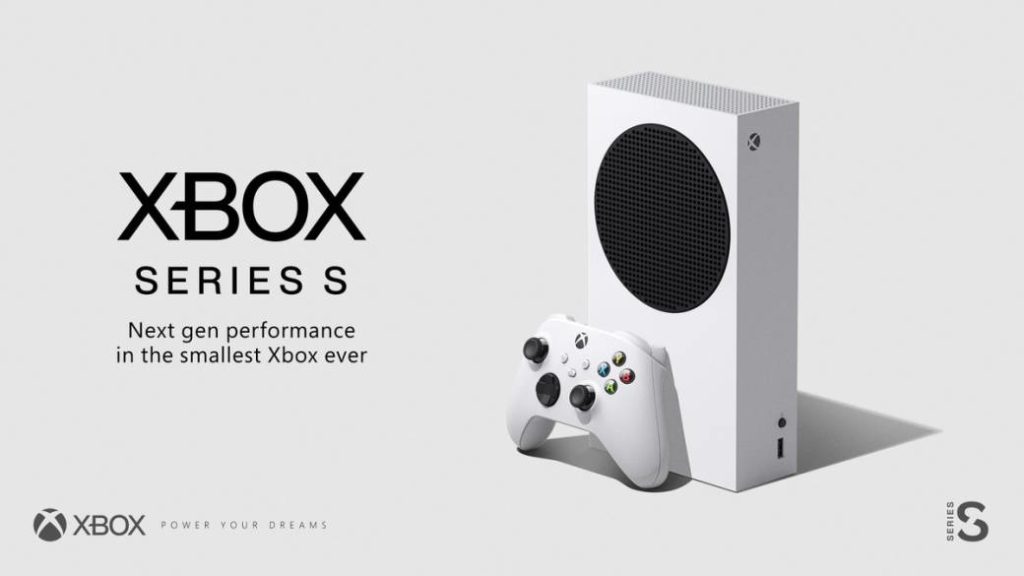 Microsoft offers the first details of its new small console. It will go on sale on November 10 in white.

Xbox Series S is official. Microsoft has confirmed through the social network Twitter and as a result of the massive leak that took place at dawn this Tuesday that the low-cost model of its new generation of consoles will be priced at $ 299/299 euros and without disc reader. According to the North American company, we are talking about the smallest console in its history.

After leaking several times through official products of the brand, Microsoft has revealed the reduced performance model of the Xbox Series, which will use the letter S instead of the X, the nomenclature chosen for its variant of greater capacity; same as in the current generation of consoles.

We are looking forward to sharing more! Soon. Promised. pic.twitter.com/tpKWBFHKbA

The smallest console in Xbox history will reuse the design lines of the Xbox One S and Xbox One X, although with some differences. For starters, the absence of a disc reader will make it possible for the front – where the power button, command synchronization and a USB port are located – to be flat, without jumps. Likewise, in a vertical position one of the profiles will yield a black circle that will serve as a breathing conduit, just like the upper part, from which there will also be ventilation.

For the rest, at the design level nothing changes: both the console and the control will be white. For its part, Xbox Series X is the one that will opt for a black set; again, a color language identical to that of the present generation of consoles.

Regarding the dates, both Windows Central and Thurrott anticipated this morning – graphic material included – that Xbox Series X and Xbox Series S will be launched this November 10 at a price of $ 499 and $ 299, respectively. This cheaper alternative will have a power of 4 Teraflops instead of 12 Teraflops, the ones chosen for the higher model. Also, the video output will be 1080p and not 4K.

Microsoft will extend these details in the next few hours through an official statement.