You are here: Home / News / Xbox Series X and Xbox Series S: Where to Reserve and Available Stores 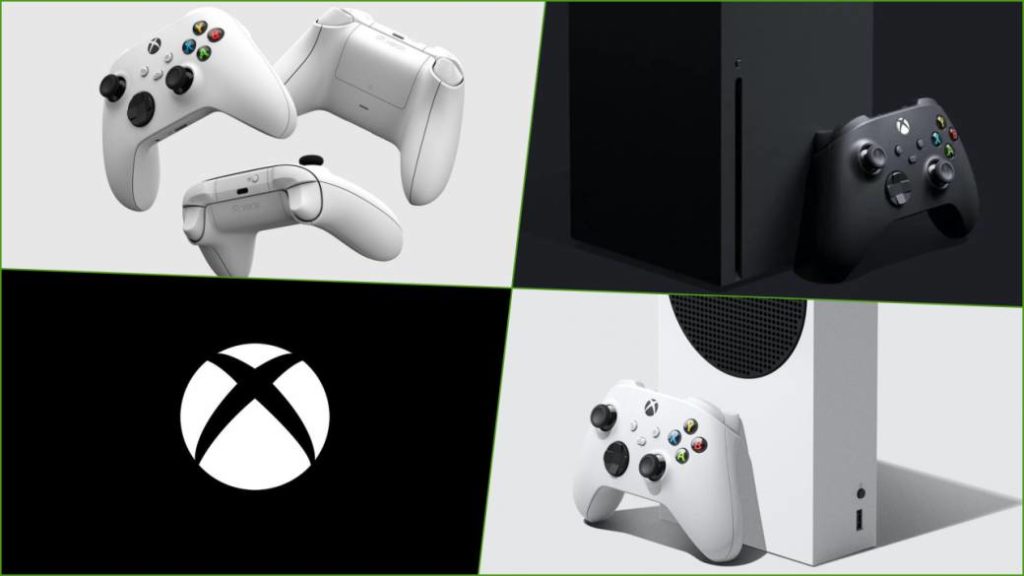 Both consoles will hit stores on November 10. We review prices and conditions to reserve our Xbox. Payment models and details.

Xbox Series X and Xbox Series S can now be reserved in Spain. Microsoft has inaugurated the pre-purchase availability of its new consoles around the world through different stores with prices, conditions and dates already stipulated. The new generation of Xbox consoles will hit stores this November 10, but as the North American giant anticipated, they would give fans enough time to know how and when to put their unit aside and not run out of it.

In addition to the consoles, Microsoft opens this September 22 the reserves of its controls, the new Xbox Wirelles Controller Carbon Black, Robot White and the recently presented Shock Blue, a different color range from the one chosen for the units incorporated in the two models of console. 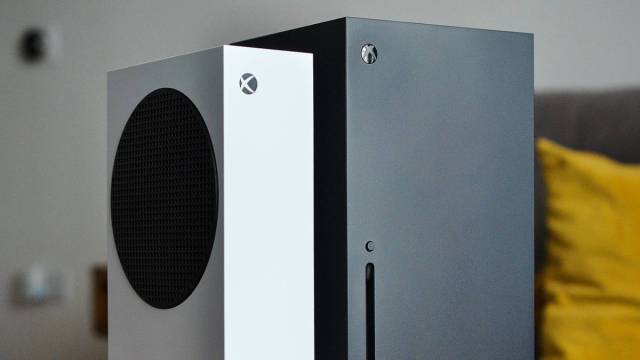 Microsoft Store, GAME Spain, Media Markt, El Corte Inglés, Amazon and FNAC are the main outstanding stores where reservations for both Xbox Series X and Xbox Series S are enabled as of this September 22; Let us know store by store the prices, conditions and characteristics of the purchase in Spain.

The official Microsoft store is one of the main purchasing methods enabled. The official portal has free shipping for the console and has also enabled the purchase of its new controls in the three colors presented: white, black and blue. Shipments will be made on the dates close to the launch on November 10. It is necessary to have a Microsoft account (Outlook, Hotmail …) to enter our shipping and billing information. 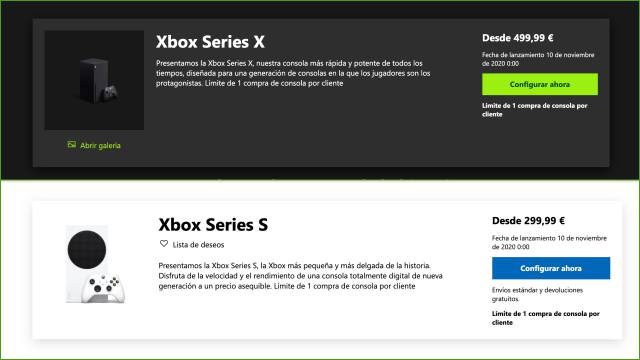 At 10:00 AM the chain of stores GAME Spain opens its reservations for both Xbox Series X and Xbox Series S. In a question and answer section enabled on their web portal they explain that only one unit per person can be reserved. With that clear, the reservation will carry an advance charge of 50 euros to the chosen payment method, which can be adapted to an automatic payment (when the console is to be sent, the charge of the remaining amount in the chosen payment method will be automated) or manual payment.

Thus, if we choose an Xbox Series X (499 euros) there will still be 449 euros to pay. It is also possible to book in the store or on the web, as we prefer, with notifications via SMS and a period of three calendar days to pick up the reservation at the store in case we choose this option. 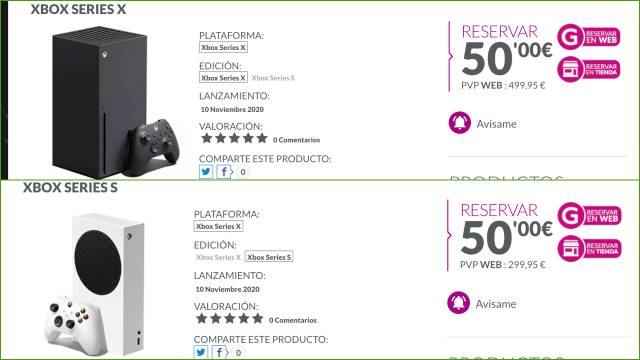 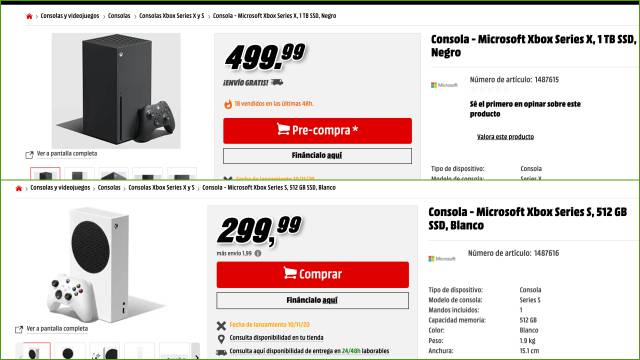