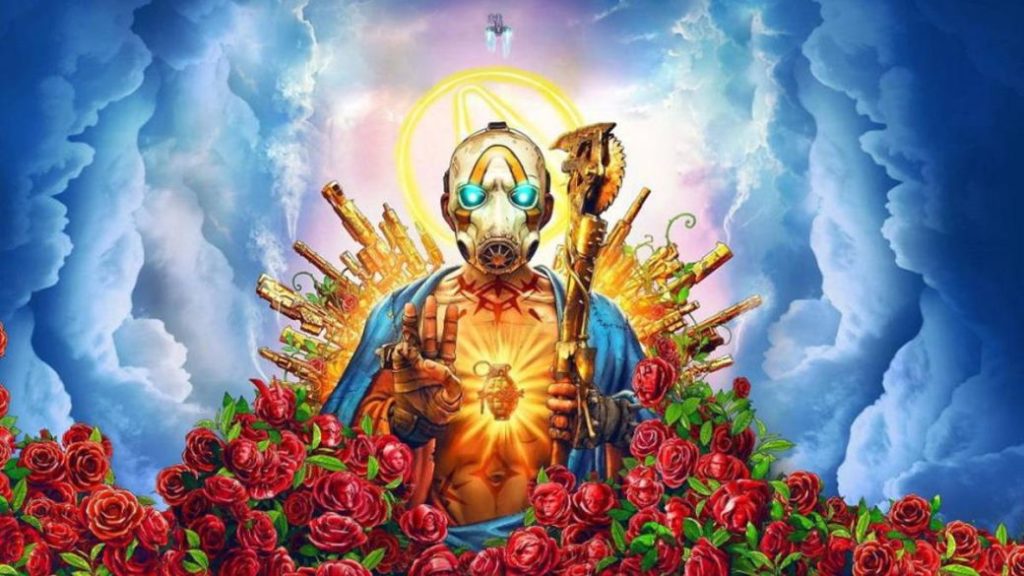 We play the full edition of Borderlands 3 for PS5, which contains all the expansions and DLC available since the launch of the Gearbox title.

The new generation of consoles is already among us. It seems incredible, but the moment has come after a long time of waiting and uncertainty. With Xbox Series X / S and PS5 we can enjoy both new exclusive releases and those games that are part of our personal list of favorites and that are lying on our shelves, physical or virtual. An example of this is Borderlands 3, the work that closes the numbered trilogy of Gearbox Software and 2K Games and that now comes with a complete version for the new generation. We have been able to play it on the Sony console and we can assure you that it is worth experiencing how each of the weapons feels at the controls of the DualSense. We will tell you about it in detail below, in addition to detailing the contents of this Ultimate edition. 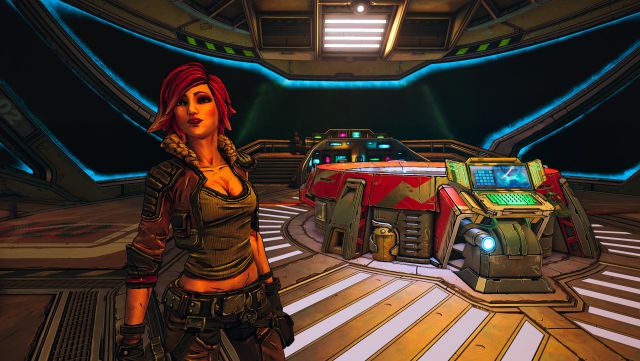 The Borderlands experience through DualSense

When we play Astro’s Playroom we are amazed by the possibilities offered by the new controller designed by Sony for PlayStation 5. Terms that at the time we did not fully understand such as haptic vibration or triggers with progressive resistance have been fully clarified when we delve into ASOBI’s work ! Team. We thought it would be a while before games released on PS5 could take advantage of these special features, but as we kicked off our game of Borderlands 3 and tested our arsenal of weapons, we found we were wrong.

Every submachine gun, revolver, shotgun or rocket launcher feels different at the controls and this is something that elevates the shooter experience to a new level. The resistance offered by the triggers on each occasion, accompanied by a specific vibration and a characteristic sound that comes from the DualSense itself, make each bullet fired a real pleasure. If we add to this the fact that the control lights up according to the color of the type of weapon we carry (yellow if it is electric, green if it is corrosive or red if it is fire, for example), we can ensure that the adventure of the Vault Hunter has never felt like this before. 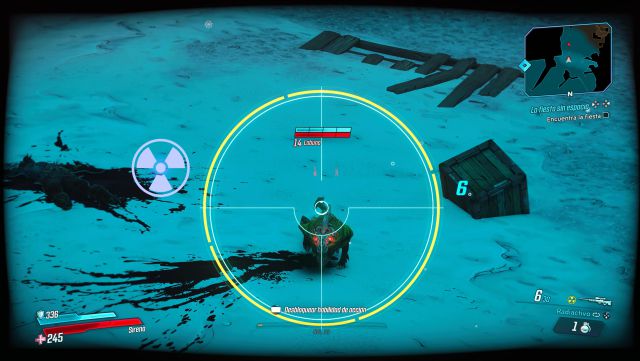 We hope that these are functions that will reach the rest of shooters, since it is worth playing them in this way to feel a greater range of experiences that are not limited to just a simple vibration and what we see on the screen. On the other hand, it should be mentioned that graphically it does not take a great leap on PS5, since the cell-shading style characteristic of the Borderlands saga shines with its own light and does not adhere to the pattern of other productions that seek greater graphic realism.

What does change are the loading times, much shorter, and a download speed that has nothing to do with what it had on PS4. Thanks to this, we will be able to hit the install button and welcome the more than 70 GB that the full version occupies. As you can see, in general it is about transferring the experience that we already have available on other platforms to the new generation, with all that that implies. Of course, to put a “but” we would say that it does not seem practical that the button to access the game menu is placed in the SHARE, which we use to take captures and videos. 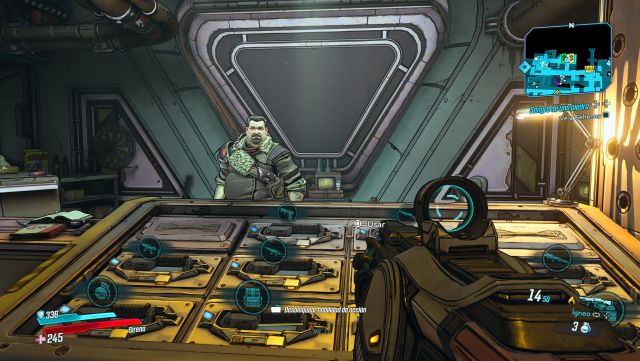 In our case we cannot talk about the version for Xbox Series X since we have not been able to play it directly, but we do not doubt that it also takes advantage of all the next-gen features that the Microsoft console provides to all the titles it receives in its collection. from now on as 4K, 60fps and very fast loading times, among others.

It should be remembered that those of us who already have Borderlands 3 for PlayStation 4 and Xbox One in digital format can update the game for free within the same family of consoles. If our version is physics, we will need to have the Xbox Series X and PlayStation 5 models with a disc reader to take advantage of this function. As for the content add-ons and saved games, they can be transferred to the new generation consoles of the same family so that we can pick up the action where we left off. 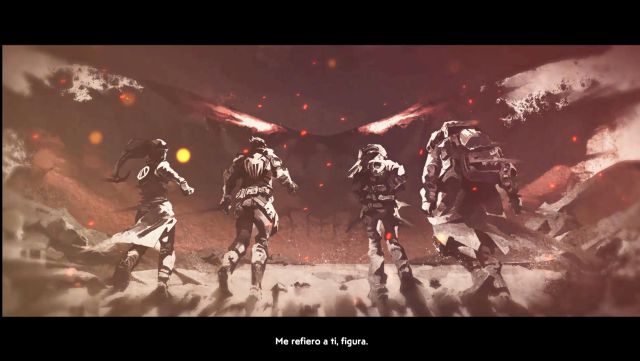 All expansions in one; the definitive edition

Borderlands 3 has been a work in constant expansion since its launch in September 2019, more than a year ago. In this time we have received several content expansions such as Krieg the Psycho and Fantabulous Calamity, Moxxi’s Heist of Handsome Jackpot, Weapons and Tentacles and Blood Reward, among other DLC. All of this is available in the Ultimate Edition of the game, which includes all of this in addition to cosmetic packs. One of them, which arrives as a novelty, is the so-called Multiversal Final Form, which contains new models for the body and matching heads for Moze, Amara, FL4K and Zane. 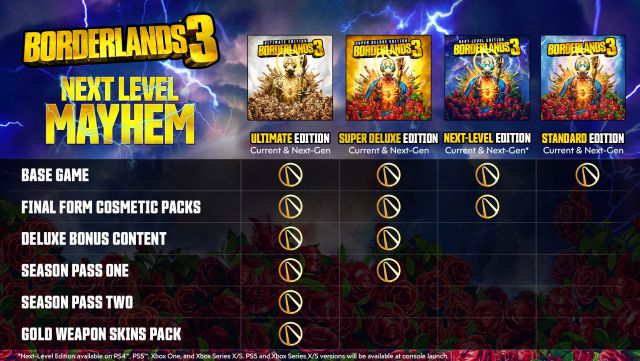 We remember that this complete edition can be obtained for both the current generation and the next-gen, so choosing one platform or another depends on our personal preferences. Of course, probably the wisest decision if we have not yet entered the third numbered installment of the Borderlands saga is to choose this Ultimate Edition for one of the new generation consoles, if we already have them under our belt.

Designer’s Cut, the first half of Season Pass 2 featuring a new skill tree for each Vault Hunter, is now available. Thanks to this we can expand our gaming experience and it will be very useful if we have not yet embarked on any of the adventures proposed in the expansions and we want to do it with charged batteries and our protagonist prepared with the most powerful abilities unlocked. 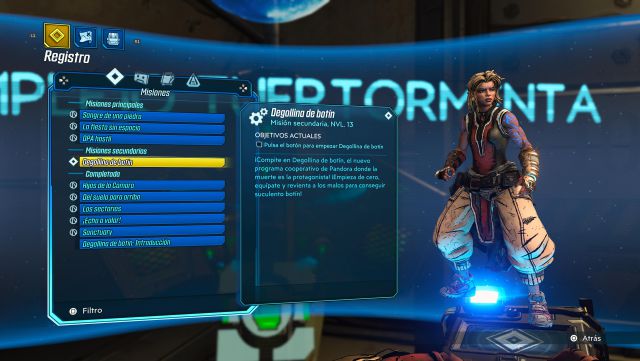 We also have available as a novelty Arms Race, a new dungeon-style challenge that we can play alone or with our friends online. In this mode we will enter to battle in an arena without having our usual equipment, so we will have to fight to find and extract loot. Within this challenge we will find rare chests, dangerous enemies and many other barriers that we must overcome if among our objectives is to achieve victory for our team and all the rewards that are linked to it.

From Gearbox and 2K they promise that this is not the end of Borderlands 3, far from it. In fact, there are already signs that more expansions and content are coming soon as part of the Season Pass 2 that recently kicked off. With it, the legend of the Vault Hunters will continue to expand and as players we will be able to enjoy them more than ever thanks to the game experience provided by the new generation of consoles. 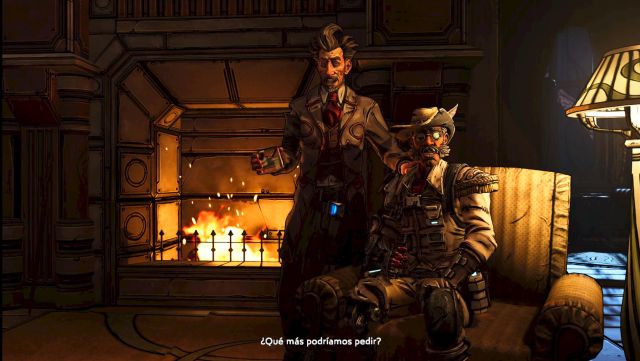