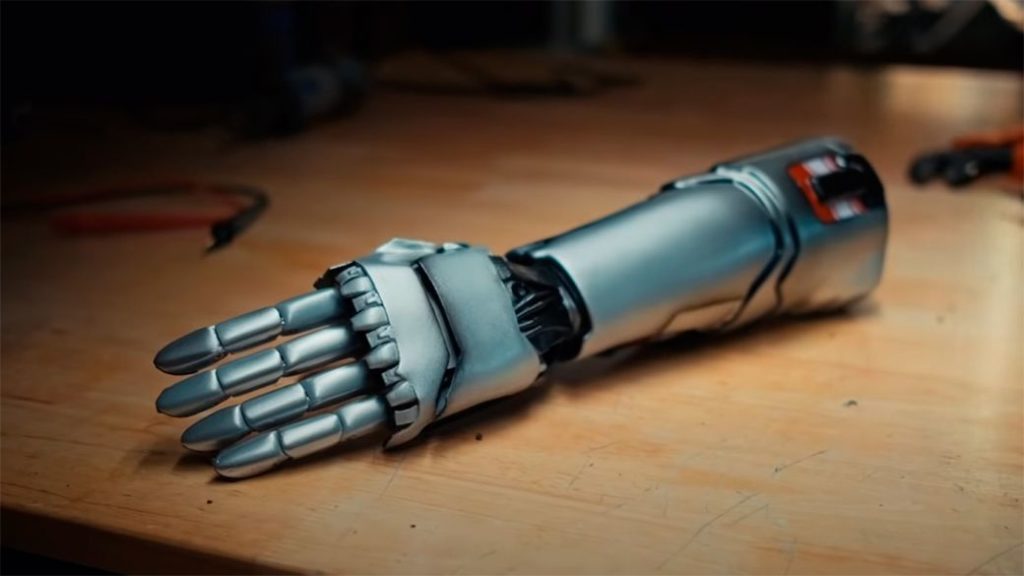 The Limbitless Studios company creates together with Microsoft and CD Projekt RED the iconic bionic arm of Keanu Reeves’ character as a real prosthesis.

The new CD Projekt RED, Cyberpunk 2077, is now available, one of the most anticipated releases of the year that has finally been involved in a great controversy over the current state of the game in its version of previous generation consoles. However, and to celebrate the arrival of the title, its managers have created together with the company Limbitless Studios and Microsoft, an entire replica of the bionic arm of Johhny Silverhand, the character played by Keanu Reeves, as a functional prosthesis for charitable purposes.

Thus, and as we can see in the video that accompanies the news, the creation of this very special prosthesis aims to be the object of donations to adult patients in recovery clinics who need a functional prosthesis, a campaign that will be developed through throughout 2021 and of which we now know its main protagonist: a real prosthesis based on the futuristic universe of Cyberpunk 2077.

It is a fully functional prosthesis model despite its marked futuristic appearance, with which to perform gestures and pick up objects as if it were a conventional prosthesis with an advanced design. Of course, any fan of the CD Projekt RED title or the futuristic / cyberpunk aesthetic who needs a prosthesis will be delighted to be able to use such a special aid on a daily basis that it will certainly facilitate the most basic tasks.

We recently echoed another prosthesis with a very special design, on that occasion, based on the bionic arm of Metal Gear Solid V: The Phantom Pain by the technology company Open Bionics. Don’t miss our Reviews of Cyberpunk 2077 in its PC version, as well as the Reviews of the console versions for PS4 and Xbox One.