You are here: Home / CD Projekt / Cyberpunk 2077 releases patch 1.06 and fixes the bug that corrupts games 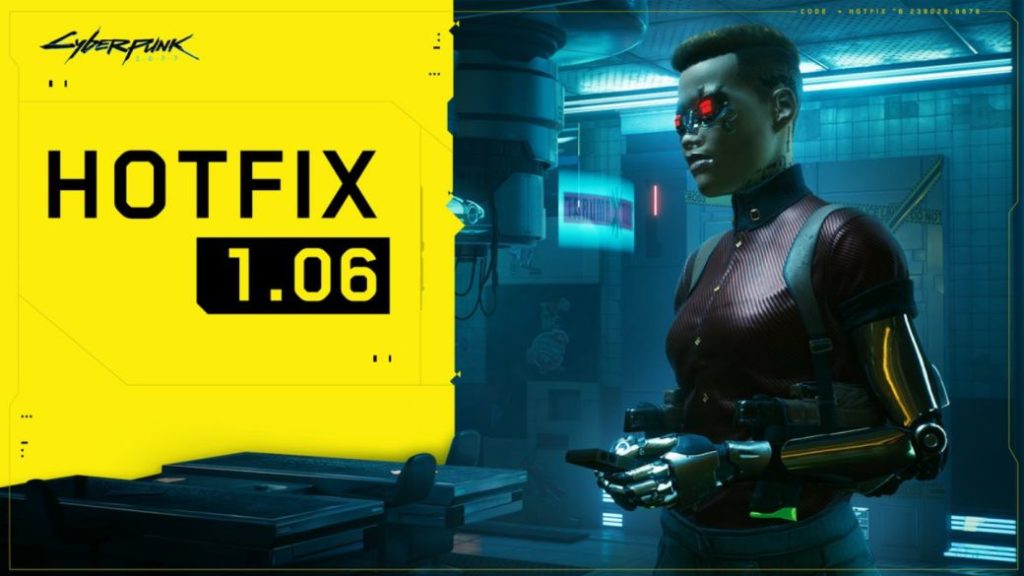 If your save data was larger than 8MB on PC, it would get corrupted, which CD Projekt has fixed with the latest game update, Hotfix 1.06.

In the offices of CD Projekt they continue to drain water after colliding with their particular iceberg, the launch of Cyberpunk 2077. Through the game’s social networks, the developer has announced a new patch for it, HOTFIX 1.06, which is now available for download on consoles and PC. An update that arrives just five days after the previous one, patch 1.05. On the one hand this shows the speed at which the team is working to solve its errors, but on the other it also explains why this patch includes much less content than the previous one. Specifically, this is the full list of changes:

Hotfix 1.06 is available on PC and consoles!

The patch comes shortly after learning that Cyberpunk 2077 sales have plummeted during its second week on sale. A drop that has reached 80% in countries like the United Kingdom, where it has been overtaken by recent games, but with more than a month behind it, such as Assassin’s Creed Valhalla and Call of Duty: Black Ops Cold War. CD Projekt has come forward announcing new sales data and confirming that, despite everything, the title has already exceeded 13 million units sold. A figure that according to the Polish study also includes all returns made, both in physical stores and through Microsoft and PlayStation Store, digital platforms in which Cyberpunk 2077 has even been removed from the catalog until further notice. Hopefully the patches and updates begin to fix the serious performance issues and bugs in the game so that the game reverses the situation and can be enjoyed by all.