You are here: Home / News / Cyberpunk 2077 teaches the outskirts of Night City in new concept arts 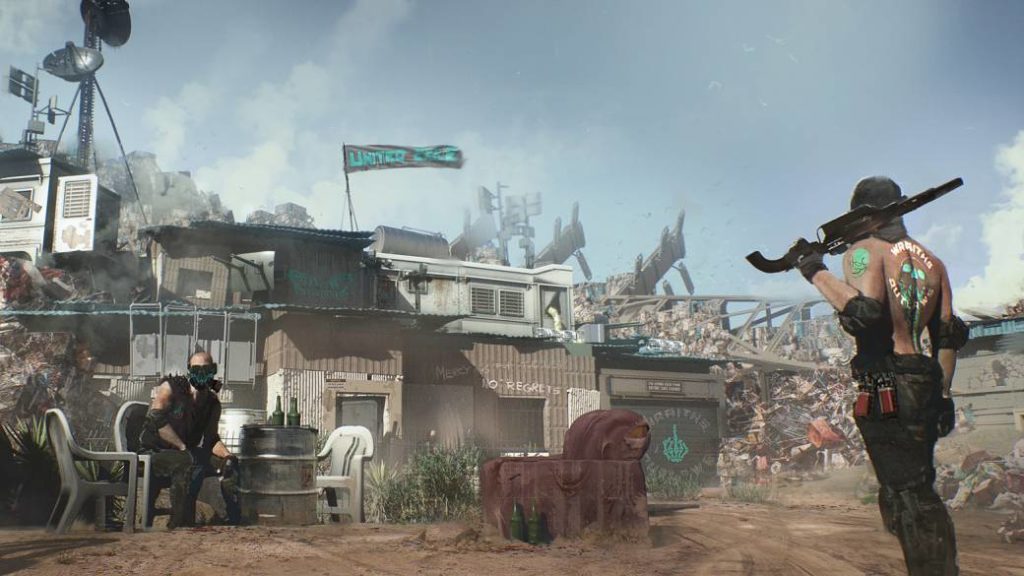 The suburbs of the great city are inhabited by nomads and are made up of waste and polluted land.

There is life in the outskirts of Night City, the city of Cyberpunk 2077. CD Projekt RED continues to offer data on this dystopian world, and it does so through different conceptual arts. The Heywood, Santo Domingo and Westbrock districts are also joined by the Watson district and the Arasaka factory. All these places are within the city, unlike the barren lands that surround the city.

These areas located on the outskirts of Night City are mainly inhabited by nomads. They have resource extraction points and burned oil fields, as well as above-average contamination. Next to the urban colossus it feels like a poor place, but it also hides some opportunities for the smarter.

Sparsely populated by Nomads, the Badlands are the vast plains outside of the city proper. Unchecked resource extraction, burning oil fields, rampant pollution; this district makes Night City feel like a rich oasis. But it holds golden opportunities for those in the know. pic.twitter.com/4hGJ9SQVjq

It can be completed without finishing the main mission

Decisions will be important in Cyberpunk 2077, to the point that the plot will be able to branch out in a way that the main mission doesn’t have to be completed. Should that happen, players will witness a different epilogue. In addition, the Polish developer has also reported that you can always opt for the non-lethal route. In this sense, they admit that avoiding violence will not always be a valid option (the diplomatic side does not work every time), but at least death will not be the only way out. This also includes the final bosses, as confirmed by CD Projekt RED.

Night City will open some of its doors from November 19. Xbox One, PlayStation 4 and PC will be able to access dystopia that same day. By contrast, Xbox Series X, PlayStation 5, and Google Stadia will have to wait to flank their own doors. It is already confirmed that those who acquire the title on current consoles will have the opportunity to access the new generation version completely free of charge.