You are here: Home / Arkane Studios / Dishonored, trending topic due to a tattoo of one of the robbers of the US Capitol. 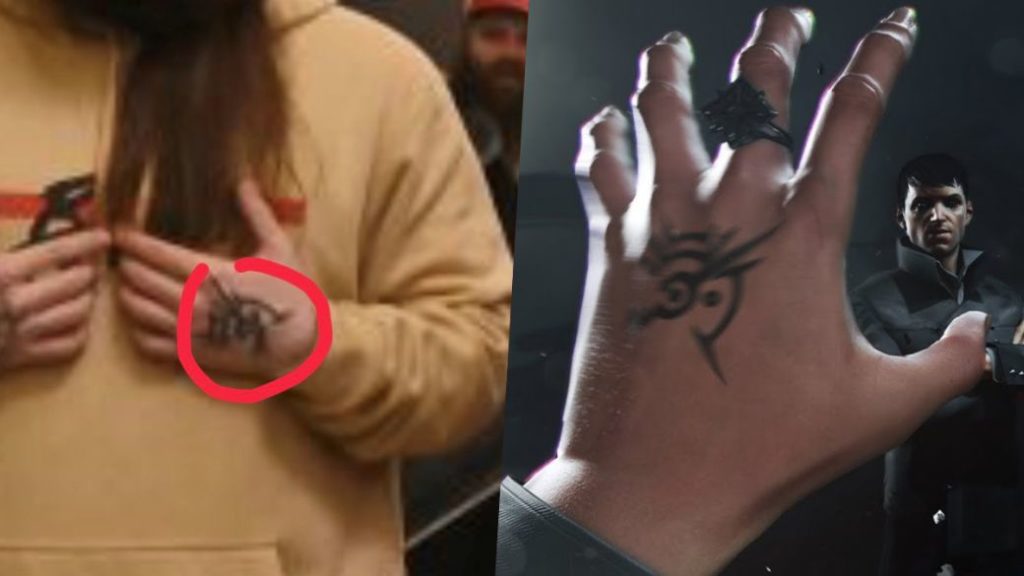 A Twitter user had pointed out that the brand corresponded to an anti-fascist symbol, but Arkane has gone out of his way to determine something quite different.

They entered the United States Congress and forced the building to be vacated. Senators and congressmen gathered to confirm the electoral votes of President-elect Joe Biden had to interrupt the parliamentary session because protesters prodded by Donald Trump stormed the Capitol. Next to the Wolf of Yellowtone, one of the strambotic characters who led the attempted coup, a man appears with a tattoo on his hand. It is the Mark of the Outsider, from the Dishonored saga, hence the title of Arkane has become a trending topic.

It all started with the capture shared by a Twitter user, who claimed that this tattoo was anti-fascist. But nothing could be further from reality, in fact, its nature is not real. The correction has come directly from Harvey Smith, creator of Dishonored and the Deus Ex saga. The creative has retweeted that publication and has written a few words: “I assure you it is not.” Because indeed, it belongs to its own creation, and therefore, to the universe of the fictitious.

Twitch removes an emote after the assault

One of the most used gestures on Twitch has been removed by the platform after the person it is based on wrote a tweet in which he apparently tried to fuel violence. PogChamp is no longer available and the platform has explained it without mincing words. According to their statement, morally they did not see themselves capable of keeping it, so they have decided to withdraw it and design a new one with the rest of the community. This gesture was used during live shows, at times when there was a surprise.

Dishonored has been indirectly peppered by the Washington incident. In a recent interview published on Vandal, the director has stated that they are working on a new intellectual property. After the release of Prey, it’s Deathloop’s turn, due out this summer as a temporary PS5 exclusive.