You are here: Home / Bethesda Softworks / Fallout 76: this is the Wastelanders reputation system 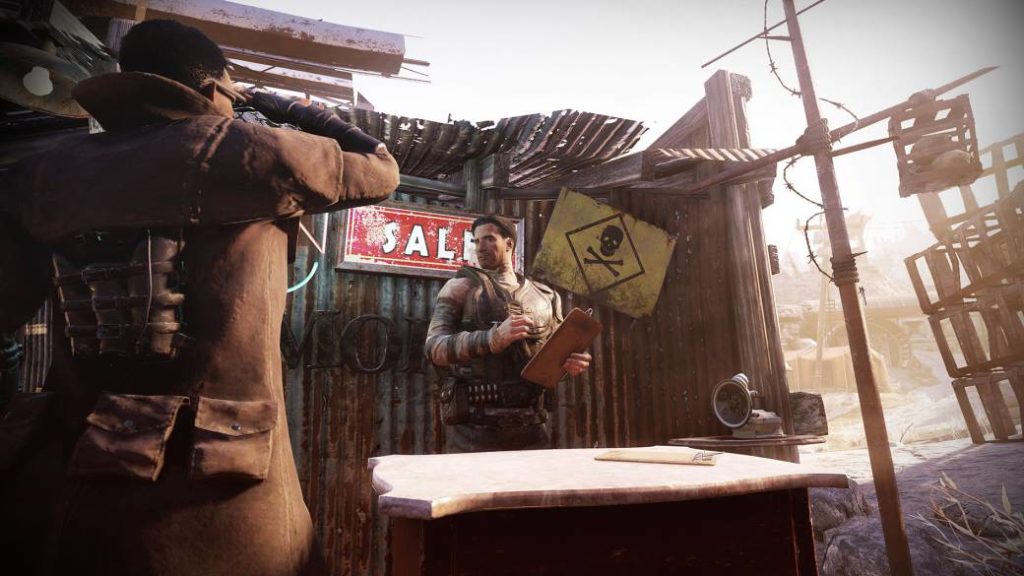 It is the most ambitious update Bethesda is working on, as it will add the narrative component to the video game.

Criticisms of the Fallout 76 proposal have flown like daggers in all directions. At its launch, the bugs were the talk, as well as the complaints about what the game itself offered. Later came the subscription service, also much discussed, as well as Bethesda's commitment to fix the product. Wastelanders, the new expansion of the video game, is the answer to those opposite voices. Now, the reputation system will be revealed.

Wastelanders will not only add NPCs to Fallout 76, but will also offer a narrative layer so far nonexistent in the production of The Elder Scrolls: Skyrim creators. The reputation system will work alongside the new factions, as confirmed by the developer on the title's website. Through this system, we will go from being unknown totals to forging a relationship of trust with each faction, which will allow us to get rewards.

“When you first meet the Settlers and Raiders, they will hesitate to include you, a newcomer, in their affairs. The more you do to help them, ”for example,“ offering information, killing their enemies or completing missions, ”the more opportunities you will have to approach them to gain their trust. As we improve, our own reputation and that of the faction will be strengthened. You can develop through seven different ranges, among which are Hostile, Cautious, Neutral, Friendly, Ally, etc.

"Every time you gain a reputation with a faction you will get notifications that show how much reputation you have earned." The amount you receive depends on what you have done to earn it. “By completing a history mission, for example, you will be given a lot of reputation,” while completing the daily faction mission or making certain decisions during the conversations will give you the chance to earn some reputation.

How to observe our progress with the factions? It will be enough to enter the social menu, where we will find the icons that correspond to each of the factions. The range will appear just above the account name. "As you progress with the reputation ranges of the Raiders and Settlers, the people of Crater and Foundation will treat you with more warmth during your interactions." Further. Sellers will offer you a broader product catalog. If you complete the contents of stories, you will have access to more vendors with which you can unlock special ranges.

Fallout 76 is available on PS4, Xbox One and PC. Bethesda has promised a new trailer next Thursday, February 4. Wastelanders was scheduled for late 2019, but the US company decided to delay it until early 2020.