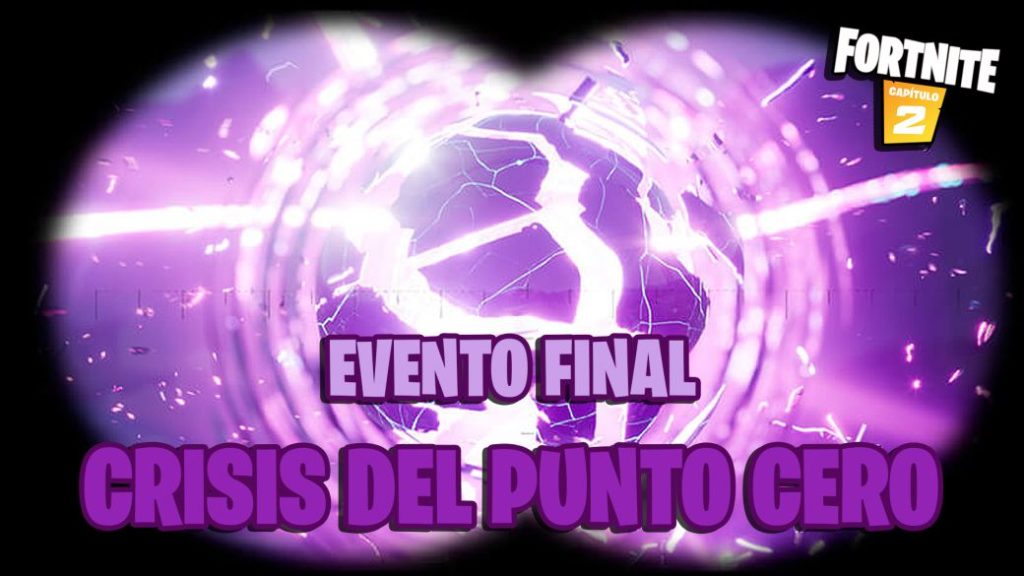 Epic Games announces the final Fortnite Zero Point Crisis event, which will take place at the beginning of Season 6 of Chapter 2. Dates and times.

On 03/09/2021, Epic Games announced the final Zero Point Crisis event on the official Fortnite blog. It will not be held at the end of Season 5 of the Battle Pass, as you might expect, but instead will be held at the beginning of Season 6. We tell you all the details just below, including date and time:

Epic Games details that the final Zero Point Crisis event will be held on Tuesday, March 16, 2021, just as Fortnite Chapter 2 Season 6 arrives. According to them, “it is a solo experience and we will be able to play it as soon as we log into the new season. This is Agent Jonesy’s culmination of trying to save all of reality by preventing Fortnite characters from escaping the loop.

They have not given a specific time when the event will take place, although we can assume that it will be at 10:00 am CET, which is when the new patches – in this case, the 16:00 patch – are applied to the game. With this in mind, we leave you a list of schedules just below:

To celebrate that there are less than a week left until the new season arrives, Epic Games has also cut the prices of exotic weapons by half. Mind you, this change only applies to public playlists, and not competitive modes like Arena.

This is all we know for now. We will expand this news in the event that there are new details about the event during the next few days.