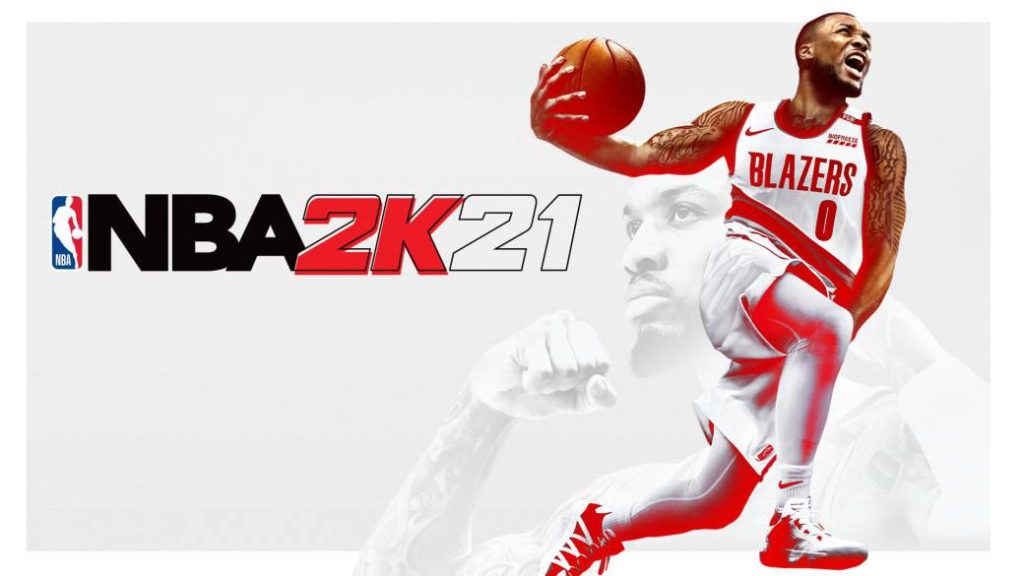 We attended the virtual presentation of the new NBA 2K21 by members of Visual Concepts, with special emphasis on the new My Career mode.

We are just a week away from the launch of NBA 2K21 -with a demo already available-, coinciding with one of the most convulsive stages of the last 30 years in the league due to racial problems in the United States, which surely has direct consequences as well in a delivery that will witness the development of a competition 2020/2021 at least … peculiar. Last Wednesday we were able to attend a virtual presentation about the main novelties of this edition, in which they confirmed that we will not see “empty pavilions, nor the bubble pavilion”, where, at least until now, the Playoffs of the 19/20 season. But it will not be a different game just because of these special circumstances, but because it will be the end of a generation, that of PS4 and Xbox One, which has not been without its virtues – it is still considered the best sports simulator – or decisions. less successful, almost none of them related to the gameplay.

Although we are all with the excitement of the arrival of a new generation of consoles, we must not forget that after all, NBA 2K21 will still coexist for a few months with this one, in which emphasis was precisely made in the presentation that we witnessed . In it, they talked about the playable news -the new shootmeter and the Pro Stick are the star-, and in all the main game modes, in addition to, incidentally, getting wet about the controversial decision to link generational improvement to the acquisition of the Mamba Forever edition. We tell you first hand.

Before the new neighborhood … the college

There hasn’t been much emphasis on the narrative aspect of NBA 2K21’s new My Career mode, and that’s not where the greatest efforts have been put into this season. On the contrary, the intention on this occasion will satisfy the most purists, since more importance will be given to the stage prior to our player’s arrival in the NBA, that is: the university stage and the Draft, an experience they have wanted ” expand on previous releases ”from Visual Concepts, as acknowledged by Ben Bishop, Senior Producer. “Bringing back the universities is one of the big decisions this season.” For this, up to 10 of the most popular colleges at the basketball level in the USA have been included: UCLA, Michigan State, Connecticut, Florida, Gonzaga, Syracuse, Texas Tech, Oklahoma, Villanova and West Virginia, a more than considerable amount still lacking programs of the prestige of Duke, Kentucky, North Carolina or Kansas, although yes, before it will even be necessary to play some parties in the institute. Contrary to what happened in NBA 2K19, in this edition we will not have as much control over our sporting destiny in the sense of which franchise we will go to, as it happens in real life. 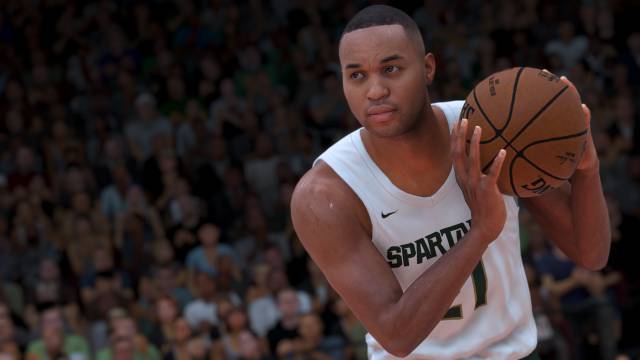 “Every season is a fun challenge for us to think of new ways that you can feel connected to your player,” says Bishop. “This year we have created some forms from start to finish, offering decisions during the season that have the greatest impact, such as the usual choice of sponsoring brands, but also the choice of an agent. At the same time, and although I do not want to spoil the story much, there is another player with whom we will have a rivalry, but after passing the entire university stage, there will be more flexibility when it comes to being selected in the Draft: you can be chosen from number one until the 2nd round ”.

As usual, after the narrative part (titled The Long Shadow) of My Career and our first steps in the NBA, it is time to enjoy total freedom to develop our player and enjoy all the available activities, whether we want to do it. simply for fun or on the contrary, competing at the highest level in Pro Am. The neighborhood has changed -now it is 2K Beach- and it has done it in a mainly aesthetic way, moving us to a sunnier environment clearly inspired by the Californian courts of Venice Beach , where we can have fun with the usual 3×3 or 2×2 street basketball courts, the training center, the shops and where of course, there will be a tribute to the sadly deceased Kobe Bryant. 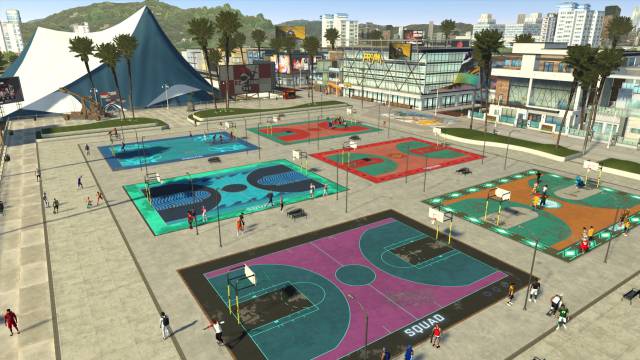 Of course, it should be remembered regarding this mode that at the moment we make the generation jump, we will not keep the progress of our player, although the VC wallet will be provided they are from the same family of consoles (PS4 and PS5, Xbox One and Xbox Series X). In this sense, Eric Boenisch, executive producer of the franchise, wanted to pronounce, since as we said, to get the version for the new generation it will be necessary to get hold of the Mamba Forever edition, which will give us access to both generations: current and new. “We know the decision of other developers,” he said, making mention of those games whose improvement to the next gen will be free, such as the almost FIFA 21, to mention a sports one. “But we are not releasing an improved version of the same game, but a completely new game, so we believe that with the Mamba Forever edition we are offering something that has incredible value.”

That said, Boenisch also dropped something from which it follows that there will be some important new features in My Career mode on the PS5 and Xbox Series X version. “While absolutely all My Team progress is being maintained, this is not the case. of My Career, because it will be totally different and it would not make sense. It is the biggest change for the next generation, and we will talk about it when the time is right, “he says.

Other news for the latest installment of the generation

Of course, another of the protagonists of the presentation was a renewed My Team mode that will not only come with new ways to get rewards, but also to compete, and both aspects are based on two novelties: Seasons and Limited Mode, reminding us of step that absolutely all the progress in My Team will be maintained when we make the generational jump. Of course, we insist, as long as they are consoles from the same family. Regarding the seasons, it is a section that is already common in almost all multiplayer games, such as shooters, sports, MOBA … and that have introduced the concept of Battle Pass, although in the case of NBA 2K21 all the content of each Season will be free for everyone. “Pretty much anything you do – play matches, evolve cards – will grant you experience to progress through each Season, until you land a Pink Diamond Steph Curry in the first,” said Jon Smith, producer of the game. 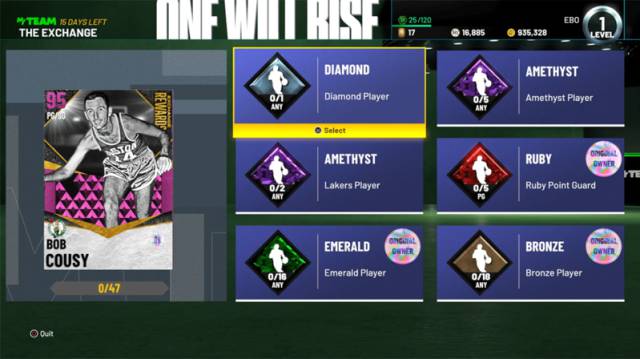 “It’s a great challenge to make the game accessible for new players, but also challenging for veterans, because there are so many skill ranges among our players,” says Mike Wang, Director of Gameplay, about the general philosophy at the time. to develop each delivery. “We do not want anyone to feel frustrated with the game, especially if it is because of our mistakes, but I believe that any player can find their level of difficulty and also their gameplay so that they can enjoy it.”

In this sense, obviously we must talk about the most radical change regarding the gameplay of NBA 2K21: the new shot meter and the Pro Stick. As we have already seen in the demo, the right stick is now more important not only when dribbling, but also when shooting for the basket. What is the reason behind this 180 degree turn to this system? “The main goal is to be more immersive,” said Wang. “A new way of shooting is also a new aspect of the game to master, and it’s something we are always looking for. If you manage to be good at it, you will be rewarded, while if you do not master it, you will have a penalty in the game. 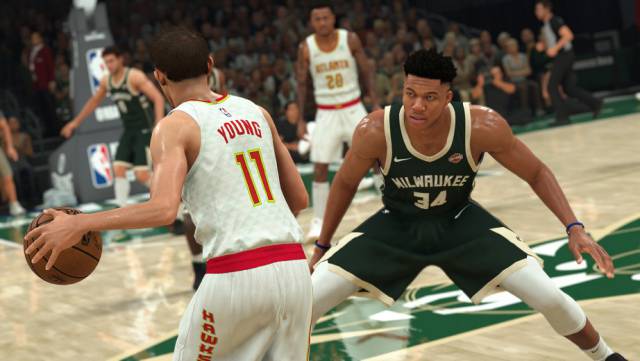 After requesting it during the last edition, the community will see how the inclusion of the WNBA will not be limited to mere friendly matches, but that we will also be able to play full seasons. “The reception of having included the WNBA has been very positive, not only from the NBA 2K players, but also from the players, who are very proud to appear in the game,” said Boenisch. “We have done a lot of work in this regard, and even more that cannot be seen yet because it will be seen in the version for the next generation and from which now I cannot anticipate anything.

There is only one week left for the arrival of NBA 2K21: it will be next Friday, September 4, on PS4, Xbox One, Nintendo switch, Google Stadia and PC. Soon we will know more about the version for PS5 and Xbox Series X, although obviously first we will have to know when both consoles will arrive.