You are here: Home / contenido… / Mortal Kombat 11: Aftermath: Is It Worth It? story, characters, content … 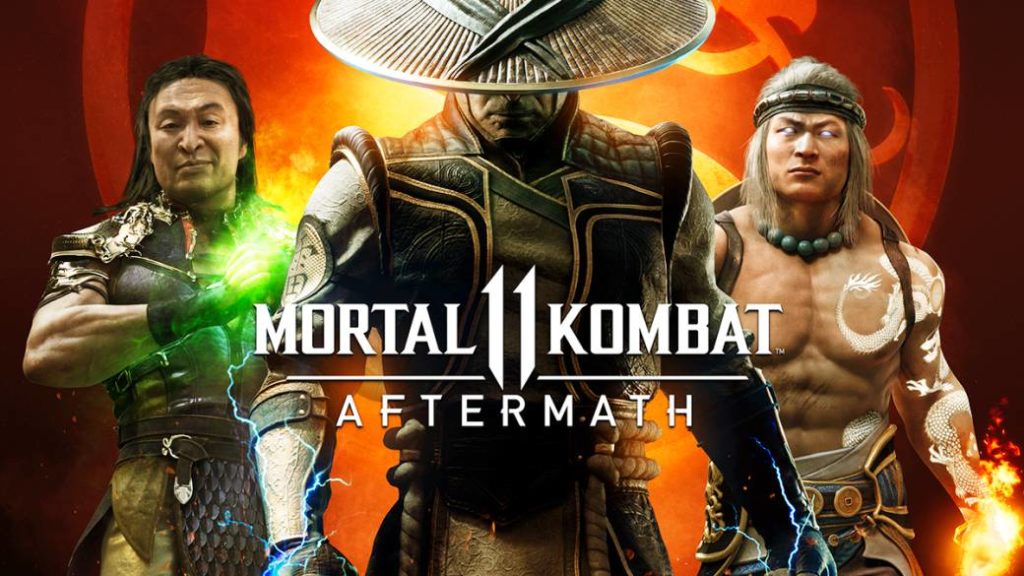 We grab what Aftermath offers, the new Mortal Kombat 11 story, plus the three new fighters and a free update.

It probably goes without saying that NetherRealm needs to redeem itself, as in this generation that is about to end it has not stopped doing things right, be it with Mortal Kombat X, Injustice 2 or the case at hand, Mortal Kombat 11, all of them fantastic games and with great results in sales. However, it should not have been a tasteful dish for the team that commands Ed Boon to stay out of the lineup of games with competition in the EVO 2020, a strange decision, but with good work and some poetic justice through –and a serious global health crisis, the truth be told- has been reversed. Finally, Mortal Kombat 11 itself will be among the competitive games in an EVO 2020 that will be held online, and it will do so thanks to its powerful online infrastructure. But we are not here to talk about competition exactly, but this is a perfect time to discover or re-engage in this game thanks to a new expansion that brings much more than a new story: Aftermath.

NetherRealm Studios has long been known for taking care of the lone player and offering them enough content so that they don’t have to beat copper online to continue taking advantage of their video games. Already the great Multiverse of Injustice 2 supposed the inclusion of constant challenges and good rewards, a formula that in Mortal Kombat 11 has been continued with the Towers, Klassics and Time. But beyond that, what they have wanted to offer us in this case is a “new” story to enjoy this charismatic pleiad of characters, and we quote it because it continues with what was narrated in the base game.

As we remember, the story of Mortal Kombat 11 tells us how strange alliances are forged throughout history in pursuit of defeating Kronika, the Guardian of Time who has no objective but to reestablish the balance between good and evil to thing to liquidate several of our protagonists along various time lines. Thus, situations such as joining a young and arrogant Johnny Cage with his adult counterpart and Cassie’s father were fun, curious, and gave rise to wanting to continue until discovering the end of the plot. Now, months after its release, a Shang Tsung name issue has arisen. 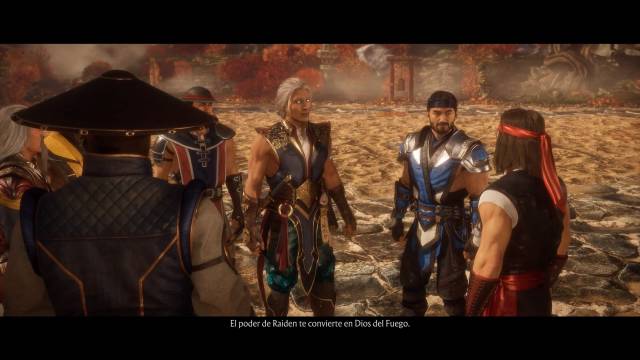 Did you miss it?

And it is that the evil sorcerer has been trapped next to Nightwolf – character who tiptoes in the original story and here is playable – and Fujin in a temporary vacuum, returning with bad news: the only way to control the Time Crystal without breaking it is through the crown of Kronika, which was effectively shattered after his combat against Liu Kang, now God of Fire. Why do we want more, we already have an excuse to engage in a new plot of time travel, alliances and betrayals that serve as a perfect excuse to get to know some characters more and discover new ones such as the aforementioned Fujin or Sheeva, both present in the new Kombat Pack.

This time, Aftermath consists of 6 chapters, as usual, each starring a different character, and about five or six fights in each of them. It is a Story Mode that is noticeably shorter than the original – around half – and that has, as we said, the mainstay of Shang Tsung, which is a guarantee of meanness. A positive aspect is that these characters are unpublished in the plot, or rather, they are among those that appeared after the launch: Sindel, Shao Kahn, Nightwolf, Fujin, Sheeva, and of course, Shang Tsung. 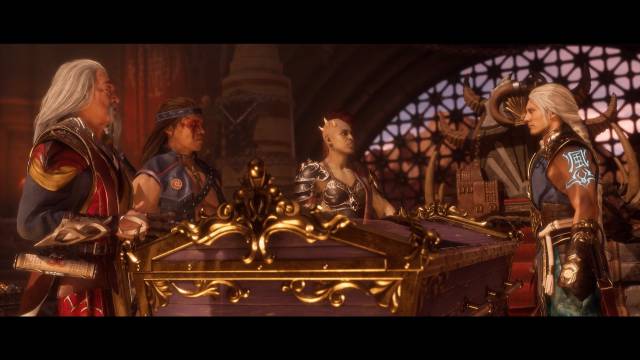 Of course, we are talking about an argument that is not absolutely essential to complete a story that could perfectly have been ended with the one already told in Mortal Kombat 11. It is not that it can be said that the gum is stretched unnecessarily, it is something that you will enjoy, and a lot, the fans, but those who are not can go perfectly without it. However, it is satisfactory at the level of turns, surprises, decisive moments –and with more gore- and an end to the height, not to mention the performance of a Shang Tsung that plays even us as spectators and that is interpreted by Cary-Hiroyuki Tagawa, who already put himself in the shoes of the warlock in the 1995 film, seedy, but at the same time very loved and remembered. A priori it is a bit expensive, but for a little more we can complete it with the new Kombat Pack that includes three very competitive characters and what is better, totally different from each other.

Three more fighters in the kombate

The first of them is Sheeva, of the Shokan race and who made his debut in Mortal Kombat 3 in response to requests from fans to be able to handle a multi-armed character such as Goro, final boss of the previous two installments. Narratively, it fits perfectly into Aftermath’s story, being Sindel’s personal guardian –also with a lot of prominence in this new story-, and comes to fulfill a grappler role that is not very represented in the game. Of course, although its four limbs give it the ability to carry out numerous and very harmful grips, it also has tools to keep your enemies at a distance, as well as the always surprising Fall of the Dragon. 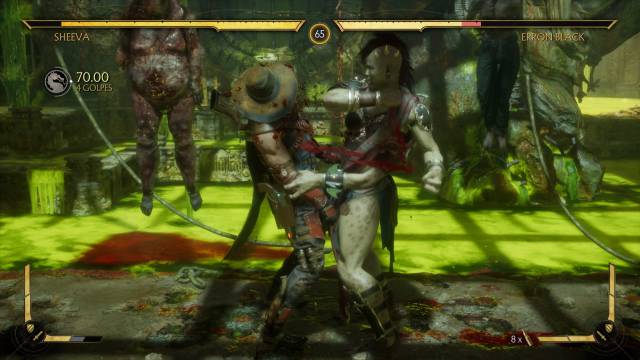 On the other hand we have Fujin, Raiden’s brother, playable for the first time in Mortal Kombat 4, although he was already a boss of Mortal Kombat Mythologies: Sub-Zero. How could it be otherwise and being the God of the Wind, his movements are really fast and he adapts very well to new players who can take advantage of that speed, although if the veterans manage to dominate him he becomes a lethal and very complicated fighter stop. To top it off, he completes his repertoire of movements with a crossbow which can shoot projectiles in all directions, and thus have an arsenal that lacks practically nothing. 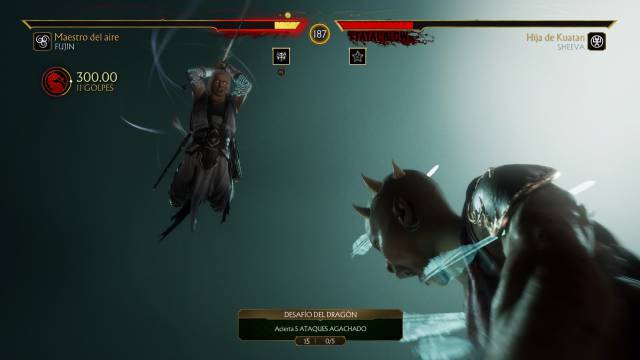 The third new character, who obviously has no presence in the Aftermath story, is Robocop, the traditional special guest as Terminator, Joker or Spawn have been before. As we already know, the Detroit policeman is a very slow character and he does not have devastating combos, but he does have a large number of ways to keep his rival at bay, also counting on the characteristic riot shield to repel and counterattack all kinds of attacks. Perfectly represented physically and in its characteristics, the veteran Peter Weller, who already played it in the Paul Verhoeven film, will also make an nostalgic appearance, as well as the ED-209, a prototype that gives many dislikes in that memorable 1987 film . 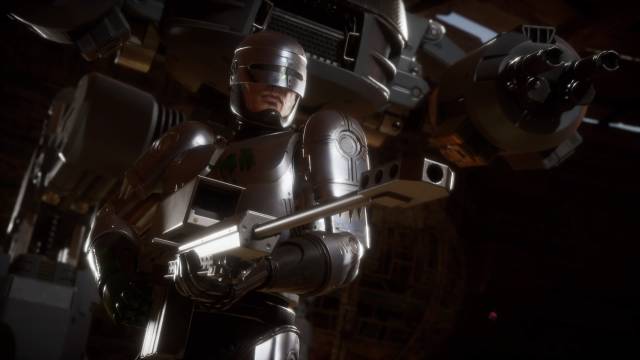 A few more hours of history and three new characters seem more than enough reasons to return – if we have ever gone away – to Mortal Kombat 11, but there is more, and for all players. For starters, the friendly Friendships to end a combat in a more casual way, or if we prefer, the always bloody environmental Fatalities, an amount that increases with four new scenarios: Kronika Fortress, Chamber of Souls, Pool of the Dead and Retrokade, a great environment that will take us directly to the origins of the saga. To all this let’s add the corresponding Towers for Sheeva, Fujin and Robocop and we have as a result a very complete fighting game for all types of player: solitary or competitive. We insist, although the price of the DLC has seemed a bit expensive – the best option is Aftermath + Kombat Pack-, the bundle that includes absolutely everything for those who do not yet have Mortal Kombat 11 is very complete, overwhelming in terms of content and a tighter price. In short, an expansion that, with its lights and shadows, completes a generation in which NetherRealm has established itself as the most fit studio in the fighting game genre.