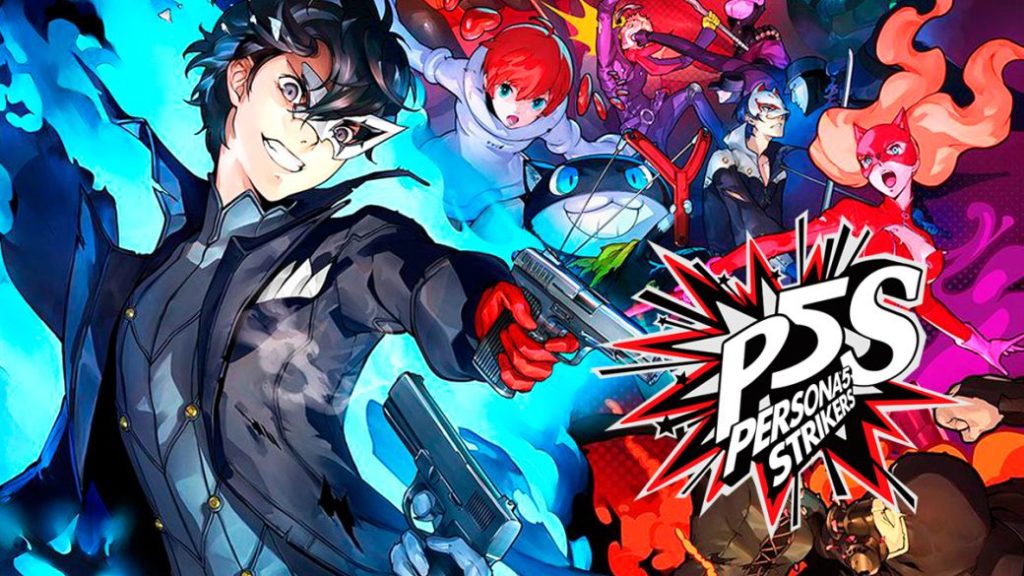 We attended a virtual event to learn more about one of the names of these last days, the action game direct sequel to Persona 5.

It is still curious that large licenses arrived from Japan, when they want to get into a proposal something more linked to action, they look at Omega Force. The parents of the musou genre, the one in which we crush hundreds of enemies at the same time, are not novices when it comes to transferring various names such as Dragon Quest or The Legend of Zelda, among others, to their style of play. On this occasion, the turn will be for Persona 5 Strikers, a game that will be a direct sequel to Persona 5, which has a release date for February 23 and will arrive on Nintendo Switch, PS4 and PC. Yes, it will do so with Spanish subtitles as happened with the Royal Edition of the Atlus game. We have been able to enjoy a virtual event of which we bring you all the details.

The title invites us to return to the Phantom Thieves team to fight against the corruption that is filling the streets of Japan. What should be a quiet summer vacation becomes a distorted reality again in which it will be necessary to redeem the hearts of those who are at the center of this crisis. Among the keys to the title, it stands out that we are facing a totally new story and with its peculiarities, a hybrid combat system and characters already known as great protagonists, as is the case of Joker. 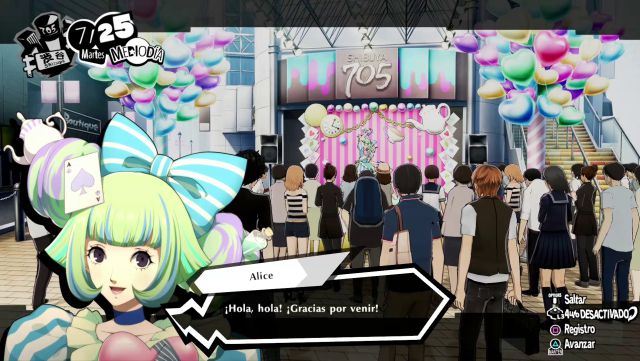 Yes, it will arrive translated.

The leader of the group and main protagonist of Persona 5 is dedicated to changing the hearts of those corrupted adults, and in this game he stands out for the great mobility of his attacks and the speed of his attacks at close range. Although we live a change of register and we keep characters, the reality is that Strikers wants to be a game with a wide audience that goes beyond what fans of Persona 5 can expect, as explained by Daisuke Kanada, its director:

“Those who are familiar with Persona 5 will be able to enjoy the game at a deeper level. That said, as the story brings up a new incident, people who have not played JRPG will also be able to connect with the game, even if they don’t have so present the relationship between the characters or know the characters so much “. In addition, the director points out that those who are lovers of action games will find a title that allows them to enter this universe and, if they want to later, delve into the history we met in Persona 5. 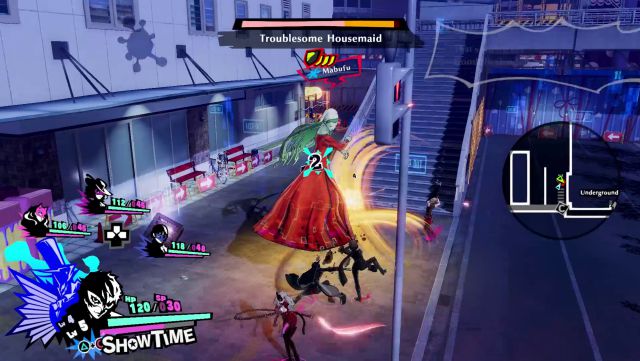 At the playable level, we saw how our walks through the city are still a safe area, and at the beginning, when the Joker arrived in his room, he could get down to work. From the main menu we could chat with friends, go to the Velvet Room, or go deep into the dungeons. There, the possibility of choosing the team with which to fight with a total of nine characters: Ren, Ryuji, Morgana, Ann, Yusuke, Makoto, Haru, Futaba and Sophia.

Although in theory we are facing a game that is close to the musou genre, the intention of the developers has been to add mechanics from the JRPG. The first one we came across was ambush, which allowed us, if we attacked an enemy from behind, to take a preventive blow and take advantage of fighting, now, face to face. This allowed enemies to stun and attack. Naturally, if the enemies attacked us by surprise, the ones who started at a disadvantage would be us. Another of the present mechanics is the possibility of analyzing the enemies with the third eye and see what strength they have: red aura, powerful; blue, weak. 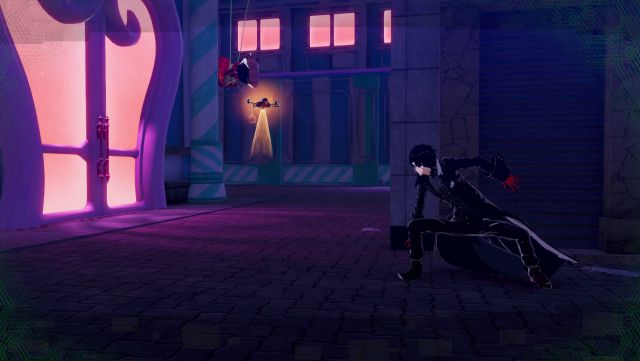 During the gameplay we could see how the dungeon can be explored with some freedom and with stealth mechanics to search for elevated areas and surprise enemies. Unlike the usual musous, here you are not looking for a face-to-face confrontation right off the bat, but knowing how to manage the fights is important. In fact, there is a level of security that we must try not to reach 100% if we do not want to fail in our attempt, so stealth will play an important role. Note that we can change characters with their abilities by pressing the crosshair and that they have their own abilities with their Persona. These are activated by spending HP points that are recovered when we do not receive damage, and following with the wink to the JRPG, when we activate it the time stops to choose which attack to perform and to whom.

Our battle companions will be making comments of all kinds and suggestions as we advance, and we will also have a relationship with them to make combined attacks. By pressing the crosshead when someone suggests a combined attack, we can launch powerful actions, and of course, the All-Out-Attack is not lacking among other skills and house brand attacks. 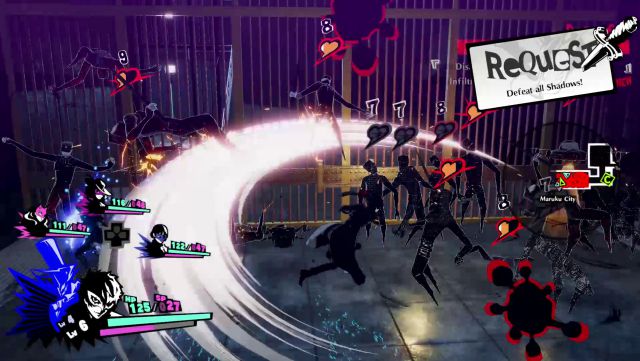 The game will be playable four days earlier, on February 19, if the deluxe edition is reserved. This version will bring a digital art book, the soundtrack with 40 songs, a making of the music, different Persona from the first, second, third and fourth installments of the JRPG saga and other bonuses of all kinds. We will closely follow this game that on paper could look like a musou, but has already shown that it wants to be something more. All with the visual style and soundtrack that has defined Atlus’ masterpiece.