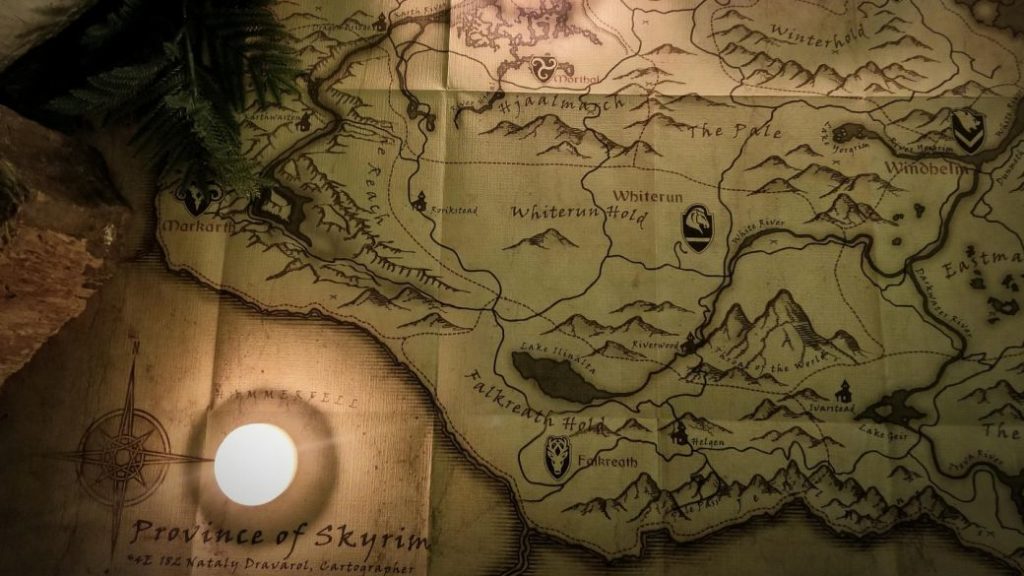 Bethesda’s New Year’s card invites you to pinpoint the future of the saga with a map packed with clues and details, most of them related to Hammerfell.

“Transcribe the past and locate the future.” That is the phrase with which Bethesda wanted to congratulate the New Year to all fans of The Elder Scrolls saga. Well, he wanted to congratulate you … and fill you with hype. Because next to the phrase comes a map of Tamriel, the continent in which the franchise is set, and it seems to contain the first clue about precisely that, the region in which its next installment, The Elder Scrolls VI, will be set. Forums and networks around the world have not been slow to get going to decipher it and have come to various considerations.

The first consensus data is that the map has nothing to do with The Elder Scrolls Online (ESO), so it is indeed related to something new. Information that is detached from the cartographer who signs it (Nataly Dravarol) and the date from which it dates (the year 182 of the Fourth Era). ESO is located thousands of years before the events narrated in the numbered saga, and yet that date is very close in time to that in which Skyrim was located. The second important detail, and for many the key, are the three candles on the map of Tamriel. Two of them are above the Skyrim region, but the third is to the southwest of it, right where Hammerfell, the birthplace of the Red Guards, should be.

Transcribe the past and map the future. 📖
Here’s to a Happy New Year! 🕯 pic.twitter.com/bL44CzLDIE

From here, each one’s theories and predictions fly. There are those who bet because The Elder Scrolls VI will be set in Hammerfell, a region with which, curiously, there have been rumors since the first trailer of the game, in which a region was seen from afar (very far) whose climate and relief seem to coincide with those that lore attributes to Hammerfell. Namely. There are also those who, seeing the date so close to that of Skyrim and having several candles over its northern area, prefer to think that the game will have a direct relationship with TES V, and even dare to hint that we will revisit part of its mapping . And others, seeing a candle north of Skyrim, already off the map, even speak of an allusion to the afterlife, to the Atmora region, an icy continent linked to the mythology of the saga, “from where the first descendants mens”.

It will take time to find out who has been correct and who has not, or if Bethesda has played us all and caused us to point the rumor mill in the wrong direction. The company assured in 2020 that “it will not give new details of the game in years”, as it was still considering it at a very early stage of its development. The only thing it confirmed was that its graphics engine would experience “the greatest evolution since Oblivion” and that its new mapping, whatever it is, will have procedural elements. For more information we will have to wait until the departure of Starfield, its new and ambitious IP, which takes priority and these days monopolizes most of Bethesda’s efforts and attention.