You are here: Home / Android / A Street Fighter Ryu Skin Coming to Fortnite; all we know 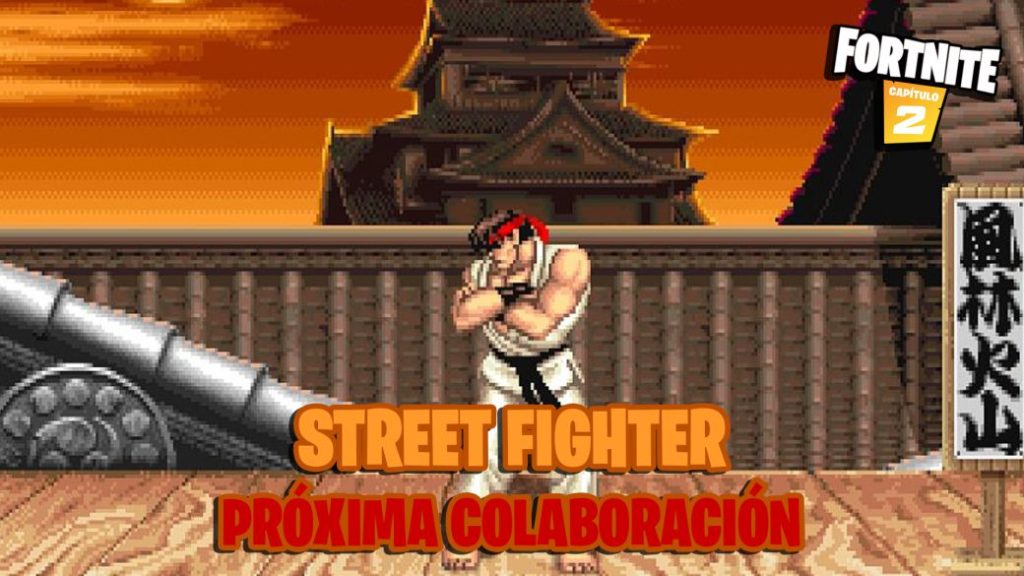 Several files from Fortnite Battle Royale give us clues about a collaboration with the Street Fighter saga. Ryu will come to the game as a skin. We tell you.

On Friday, February 19, 2021, several Fortnite Battle Royale files were decrypted. These files give us quite solid clues about the next collaboration that we will see in Season 5 of the Battle Pass of Fortnite Chapter 2: nothing more and nothing less than the Street Fighter saga, from which the fighter Ryu is expected to arrive as a skin. We tell you everything we know about it just below:

At around 12:00 p.m. CET on Friday, February 19, 2021, various files within Fortnite Battle Royale were decrypted. Specifically, those that refer to the portal codename Skirmish. These files are basically an image, and an audio track. Just below you have both items combined:

The music that plays is the theme of Ryu, from Street Fighter II, and the image that appears is his stage in the same game; there is no doubt:

Season 5 of the Fortnite Chapter 2 Battle Pass has hunting as its main theme. Agent Jonesy travels between different realities to recruit the best hunters from across the galaxy, as long as the Fortnite characters cannot escape the game. Each new character he recruits appears in a portal within the island of the video game, as has happened previously with Daryl Dixon and Michonne from The Walking Dead, or with the Predator, this “means of transport” being his way of arriving at the island. As we mentioned, the decrypted files belong to a portal that, at the time we write this news, has yet to appear within Fortnite.

In the game files we have found references to a female Street Fighter skin (or, specifically, to her beak); by popularity we could speculate that it is Chun-Li. Just below we leave you a tweet with a capture of these files, currently within Fortnite Battle Royale:

The Street Fighter characters will be at least two; I guess it will be Ryu and Chun-Li. In the game files there are references to a pickaxe from a female skin. # Fortnite # FortniteSeason5 pic.twitter.com/GiGj5g4Q5f

We will update this news as soon as we know more about it.